Apologies if this has already been posted elsewhere.

Forum Supporter
What he's saying is true, but there's a fine line here between support and accepting rubbish being served up. The crowd get frustrated because the performance is not good and at times more patience should be shown. But equally we don't want to become a happy clap support who will tolerate any old rubbish. If you do that, and allow expectations to fall through the floor, then you will never improve.

In our current position, we need to be patient and supportive during the matches, because Goodison is the only thing we have going in our favour. If we do that, then the players have no excuses. But that doesn't mean we should not continue to hold the club to high standards. And if they serve up a woeful performance then let the players know your frustrations at full time by all means. The fans would never be on the players back if they showed more pride in their performances and stopped buckling under pressure.

Forum Supporter
IS HE BLAMING THE FANS LAD?

Jadubsee said:
Apologies if this has already been posted elsewhere.

Players deserve it to be honest for being a joke for five years. I also can’t take seriously a bloke who was so in awe of Mane and Salah that he didn’t bother stopping any of their shots when he played them.

He can get back to his YouTube channel the kopite biff

Player Thread Sponsor
Nothing he said was wrong. We've seen it, a lot of us do it, we're allowed to slag players off who are playing badly but sadly a lot of our players wilt under this reaction instead of fight back against it.

I think I am right in saying that last season we lost the most home games in our history.

Most of those games were behind closed doors….the rest played out before a few thousand fans.

One would have thought that fact would have put paid to the “blame the fans” nonsense.

Jadubsee said:
Apologies if this has already been posted elsewhere.

It's bad really. Sometimes I believe we are too negative a bunch. Fans will boo if we are 1-0 down at half time, like come on. 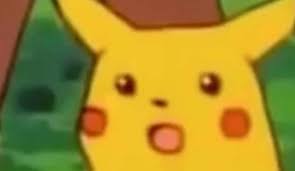 Ben shocked that the fans are a bit mad after the 5th goes in.
C

Shut up Ben you goon.

Funny how last season with no fans to affect the players, we had one of the worst home forms in our history.

Our fans get riled up when the players can't be arsed putting an effort in, so it should be.

Forum Supporter
Jeez Man Utd fans get on their teams back if they're 3-0 up. My Man Utd mate is always whinging, even if they're second in the league.
K

Nymzee said:
Nothing he said was wrong. We've seen it, a lot of us do it, we're allowed to slag players off who are playing badly but sadly a lot of our players wilt under this reaction instead of fight back against it.
Click to expand...

Everything he said is wrong.

In that particular game we led twice.

So his tactic of quieting the crowd is shot down.

That capitulation in the last 15 minutes was bugger all to do with the people who paid their money to watch this miserable excuse for an Everton team.

What he's saying is definitely true, but i'm not sure of the relevance of it. I've been to most PL grounds and the crowd reacts the same pretty much everywhere. The key differences here are probably 1. We have bigger attendances/are closer to the pitch than a lot of clubs and so it's more noticeable, and 2. We're often not very good, so the frustration doesn't get lifted like it does at some of the better teams. Our reaction isn't unique but maybe our circumstances are.

As an aside, I can't help thinking that if all the people on my twitter timeline and on here who keep saying 'we need to get behind them and make Goodison a bearpit every game' actually did it, they would have nothing to worry about. Either they don't go, in which case they've got a cheek complaining about the people who do, or they do go and just don't actually do anything to change the atmosphere in the ground, in which case they're every bit as much to blame as the people they're moaning about.