GoldenToffee said:
Those 'fashionable' kecks he wore to make a statement to the cameras on the first day back of pre-season.

The Claire Balding bouffant hair do.

Too big for his boots. Should be grafting to make a name for himself at that age, not trying to be the next concert star of Teen Vogue.

Koff will ya. £47m will do just nicely. It's at least £27m more than I could ever imagine him being sold for in his current state.
Click to expand...

Succinct and as blindingly accurate.

I'd sooner have the cash in the bank and the potential to attract a couple of strikers than suffer those kecks again!
B

TheBigIguana said:
That feels like a scared to make a mistake mentality and I can't get behind that
Click to expand...

I can understand it this late in the window but on the flip side I think we'd have to really mess up not to improve on his output with so much money available.

We know the club really like Terrier. He'd be superb, never got why Lyon got rid tbh but in Europe the teams tend to be more ruthless.

BlueToff said:
I can understand it this late in the window but on the flip side I think we'd have to really mess up not to improve on his output with so much money available.

We know the club really like Terrier. He'd be superb, never got why Lyon got rid tbh but in Europe the teams tend to be more ruthless.
Click to expand...

Two weeks to make two deals and finish Gana. We can do that.

EFC_FRANCIS said:
And history has proven the club were absolutely correct to sell him?????
Click to expand...

They may get a call or two right, but that isn't the issue.

BlueToff said:
Matt Law is the one who wrote that piece. Matt Law gets his information from the Chelsea side.

That article, at least, has nothing to do with Bill Kenwright.

Other articles may do, but not that one, which is the only actual article saying Gordon wants out.
Click to expand...

Matt Law is a 'kin quilt.
B

Not convinced we will sell him even for a bid of 50 millions...If dele goes, then I think we are good in ffp and we could bring in a solid forward with perhaps a good attacking loan on top...considering the current state of our squad, he could be crucial to us this season whilst continuing to grow. Sell him for 50 mil is very tempting, and if we had better or any other options in attack then for sure I would let him go.

mahermi1 said:
The Rooney interview with Tony Bellew is a must, from the actual Horse's mouth Rooney on camera telling the World he found out that Everton ( Bill of course) was touting him out to other clubs, before the Then European Championships, Rooney saved Everton from going bankrupt with that sale to Man United that year no doubt. For those Kenwright lovers who instantly demand proof for every time any Evertonian dares put their beloved Bill in a bad light, here's some proof as is the Michael Ball interview in the Liverpool Echo, Michael Ball, saying that Everton had accepted an offer from Liverpool fc among other clubs by the greatest Evertonian of all Bill himself, Ball said he would never go to Liverpool so signed for Rangers. Anything to keep hold of his train set.
Click to expand...

The feller's a menace. I've no idea who the club will get to do their black ops after he finally leaves.

A horrendous human being who's managed to strangle the life out of this club for decades - and the happy clappy lot love him for it.

BlueToff said:
the initial quote to City was in the region of £40m but they wanted add ons to take it to White level.

And I do know that as I have two very good contacts for Man City who I trust, count one as a mate and also trust where they get their info from.

City were willing to pay it but didn't want to pay more than £40m up front.

Regardless, should we not value Gordon at an amount that we deem suitable to us?
Click to expand...

My info is openly published information. So is the absence of any official bid of any sort from Man City. They were just pissing in the wind.
D


This does wind me up with modern footballers to be fair.

If you want to go then fine, I don't take it personally and I get it because we are crap. But why do players not have the guts to put the request in formally and be open about it.

Footballers come and go. If Gordon goes then good luck to him.
Click to expand...

Yup, ignore the PR stuff. The tweet may be accurate but it may also be complete bulls**t. Imo it's more likely the latter. 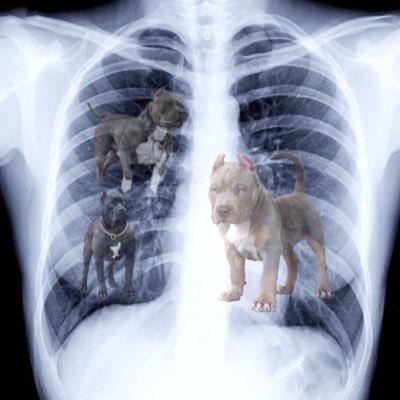 One of the Chosen

Nymzee said:
Don't want to upset you but we spent just under £200m in Moshiri's second season with us, with incredibly bad commercial deals, did you outrage then?
Click to expand...

Not upset like, just bemused at the fact that we have been under scrutiny over our losses etc yet as previously stated these "top clubs" get Nada scrutiny.

I don't mind spending as long as its a level playing field, it clearly isn't.

No business, company etc should be stopped from investing if the owner sees fit to do so imo.

file with the other Torygraph Everton articles under 'absolute tosh'.
B

TheBigIguana said:
Two weeks to make two deals and finish Gana. We can do that.

I do think if we sell Gordon and Dele leaves we need more than 2 forward players in.

A real, true quality wide forward (Terrier would be a dream), I'd say another attacking midfielder (could definitely see MGW if Dele is going) and then a forward.

I do think if Gordon stays it'll be 2 players coming in though, too. Just probably a different calibre of player.

Perseus said:
My info is openly published information. So is the absence of any official bid of any sort from Man City. They were just pissing in the wind.
Click to expand...

Like I said, the lads I know who have this information get it from very good sources at City. The 'openly published information you refer to' (which can only be reports, btw, as no transfer details are really exposed much in 'public' other than through reports), may well have been documented by one of them.

TheBigIguana said:
Starts does not equal appearances. I used the word starts for a reason.

Every single person involved in this deal to this point is freaking nuts. I don't care how much they're paid. No reason to offer that much, no reason to rebuff it, no reason to come back, no reason to say no again.
Click to expand...

Fair enough mate. You're entitled to your opinion.