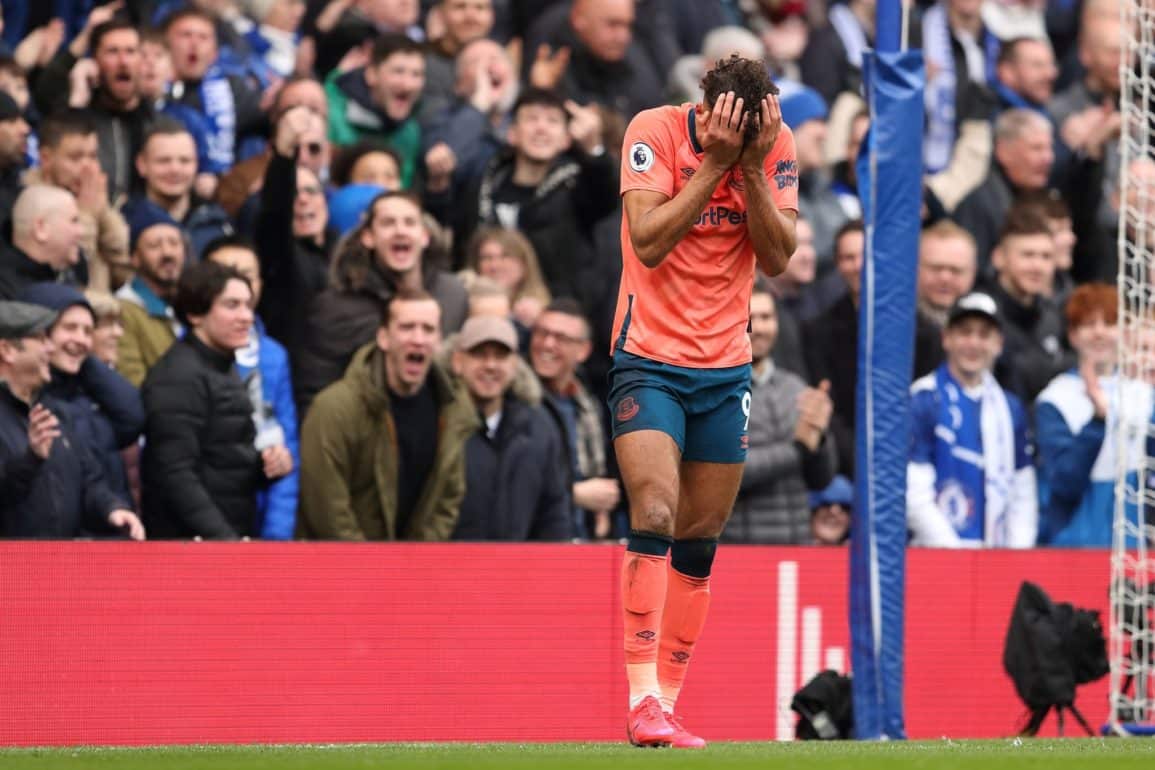 The managerial pupil gave the master a lesson on Sunday as Frank Lampards’ Chelsea put Carlo Ancelotti and Everton to the sword with a dominant in every aspect performance to make it 25 games since Everton last won at Stamford Bridge in the league.

Carlo Ancelotti made his return to Stamford Bridge with Everton having accepted a charge of misconduct following his approach to referee Chris Kavanagh after his side were denied a winner against Manchester United last weekend.

Welcoming him back to the touchline was his former player Frank Lampard now in charge of Chelsea, and despite FA Cup progression at the expense of the RS in midweek, very much in need of a win if they wanted to retain their grip on fourth place in the table.

Lampard paid tribute to the part his managerial adversary played in leading Chelsea to a League and Cup double when he said, “He’s very well respected in-house and by the fans. He is a gentleman, a fantastic manager. It was a good season under him (in 2009-10). He’s a great man-manager. On a personal level, he’s great at striking up relationships. He’s good tactically and has a great manner. I keep in touch with him now and again.”

Chelsea and Lampard had injury and suspension problems as Kovacic was ruled out with an Achilles heel injury, joining Abrahams, Pulisic, Kante, Loftus-Cheek and Hudson-Odoi in the stands; Brazilian Willian was touch ‘n go with an Achilles strain and Jorginho was suspended for the clash with Everton.

Following the disappointment of not beating United last time out, Carlo Ancelotti and Everton have had a good week with both Mason Holgate and Dominic Calvert-Lewin signing new five year contracts, and with the loss of Seamus Coleman for a couple of weeks countered by the likely return to the first team of Lucas Digne.

Naturally enough, in his pre-match press gathering, his return to Stamford Bridge featured heavily in the questioning with the Don commenting, “I have fantastic memories of my time there and I am really excited to go back. When I arrived at Chelsea the team was ready to fight for the title, while at Everton there is the idea to be at the top but it’s going to take time.”

Our Italian maestro clearly sees good times ahead for Everton as he added, “The Club has the ambition and also they have the possibility [to achieve success]. Before joining I spoke with Mr Moshiri, Mr Kenwright and Marcel Brands. The project was clear and I am here to try to reach what they have in mind.”

And he again paid tribute to the passion and strength of Evertonian support when he said, “Honestly, even in Italy I didn’t have a reception like it. Maybe only Milan, I had this kind of thing. Other places were good but here was the best. The first day I received a fantastic reception.”

The man in the middle at Stamford Bridge was Kevin Friend.

Everton in their salmon strip kicked off with Bernard lining up on the right hand side against the home side with Barkley in midfield being booed by the travelling fans at his every touch of the ball. Giroud took an early accidental knock in the face from Michael Keane ahead of Willian getting free and crossing for Mount, Pickford with a good save from the point blank range shot. A poor ball from Sidibe played Holgate into trouble and Pedro got free, Holgate getting back into the perfect position to intercept the cross and clear the danger in what had been a bright start by the home side.

And the bright start was capitalised on as Mount fed Pedro away on the left and got forward to accept the return ball and get away from Davies before hitting a powerful, low shot past Pickford at his near post for the opening goal on 14 minutes.

Everton’s first effort saw Richarlison hit a cross/shot from the left side that Kepa in the Chelsea goal gathered easily with the home side countering and Mason Holgate again doing well to foil the attacking threat. Barkley with a ball over the top found Willian and despite the attention of Holgate, the Brazilian was able to get his shot away, Pickford saving well and Keane clearing the loose ball.

On 21 minutes, things got immeasurably harder for Everton as Giroud laid the ball off a fine ball from Barkley pierced the Everton back four to find Pedro and two quick touches of the ball later he confidently slotted the second giving Pickford no chance low to his left hand side.

Chelsea were now purring and pressing forward onto the Everton back four and not allowing Everton any time to settle on the ball to create some forward momentum. The best chance of the game so far for Everton came on 26 minutes when Richarlison dispossessed Zouma to got forward and feed DCL but his effort beat Kepa and went well wide of the far post.

Everton continued to struggle to retain possession, turning the ball over far too easily and Pickford was called upon again to deny Giroud with a shot on the turn. Pedro was next to try and found the former Arsenal striker but Holgate did enough to put him off and prevent him reaching the cross.

The Everton midfield of Bernard, Davies, Gomes and Sigurdsson were barely featuring with Chelsea looking much the more assured side with the guile of Pedro and Willian a constant threat. On a rare attack, Rudiger shackled Richarlison wide of the goal and then won a goal kick off the Brazilian. A rare giveaway by Willian saw DCL get forward but with little by way of support, the counter disappointingly broke down.

Into added-on time at the end of the first half and on another half-hearted counter attack, Bernard lost out to Barkley and went down holding his ankle – a sad end to a woeful first half from the viewpoint of Evertonians everywhere.

Carlo Ancelotti made one change for the second half, Theo Walcott replacing Bernard who took that knock just before the break. Bright sunshine replaced the first half showers as Everton set out to try and get back into a game that had largely passed them by in the opening 45 minutes.

However, it took Chelsea just over five minutes to settle the outcome as Mount found Pedro, he found Willian, nobody closed him down and he struck a fine, low shot past the diving Pickford and inside the post for three-nil.

Chelsea were now flying and Pedro easily sidestepped his way past Sidibe, junked away from Keane but his shot took a deflection to go just over the crossbar and from the resulting corner, Willian crossed to the back post where Giroud was in oceans of space to make it four.

Andre Gomes was booked for dissent after a foul on Mount and Kepa spilled a Richarlison shot but Zouma was on hand to clear comfortably. Another Chelsea raid saw Giroud, Barkley and Willian combine to end with Pickford acrobatically denying Pedro.

Everton made their second change, Moise Kean replacing Tom Davies in the 58th minute before a clumsy challenge by Sigurdsson gave Chelsea a free kick that saw Barkley shoot tamely into the midriff of Pickford.

Chelsea made their first change on the hour mark Reece James replacing the impressive Mason Mount.

Barkley driving down the right flank fed debutant Gilmour into win a corner as the home side searched for more goals, Everton for once clearing easily. Sidibe got forward to win an Everton corner that was played short for Sigurdsson who promptly ran the ball out of play to sadly sum up his contribution to proceedings.

Barkley away on the left cut inside and away from Sigurdsson to fire a shot that Pickford gathered at the near post ahead of the rain returning and a fan running on the pitch.

Carlo Ancelotti made his final change on 76 minutes, sending Anthony Gordon on for Dominic Calvert-Lewin, perhaps signalling that game time for the youngster was more important than over-working DCL in chasing a game that was long since lost,

A foul by Pedro on Richarlison saw Digne swing the ball in, the partial clearance falling to Richarlison whose shot was blocked, the ball coming out to Sidibe who got in a good low cross intended for Kean but, Kepa in the home goal gathered at the feet of the Italian striker to maintain his clean sheet.

Sidibe with a last-ditch tackle denied Anjorin a debut goal after a tired giveaway by Gomes, and when Everton looked to counter after another Chelsea attack broke down Zouma was booked for a foul on Richarlison.

Chelsea kept coming forward and Pickford was again called upon to go full length to his right to push a shot for Azpilicueta away for a corner. Veteran striker Olivier Giroud received a standing ovation when he was replaced on 86 minutes by Armando Broja, the third Chelsea play to make his Premier League debut on the day.

Into added-on time and a late, clumsy challenge by Mason Holgate on Broja saw the Everton defender yellow carded.

It has to be said that on the day, Chelsea were far too good in all departments and Everton completely failed to compete, particularly in the midfield, always second to the ball, and profligate in possession in giving the ball away far too easily. This will not have been pleasant viewing for Carlo Ancelotti but, as has been said many times already since he took over from Marco Silva, he might have learned more about the players on view today as to their strengths and certainly their weaknesses.