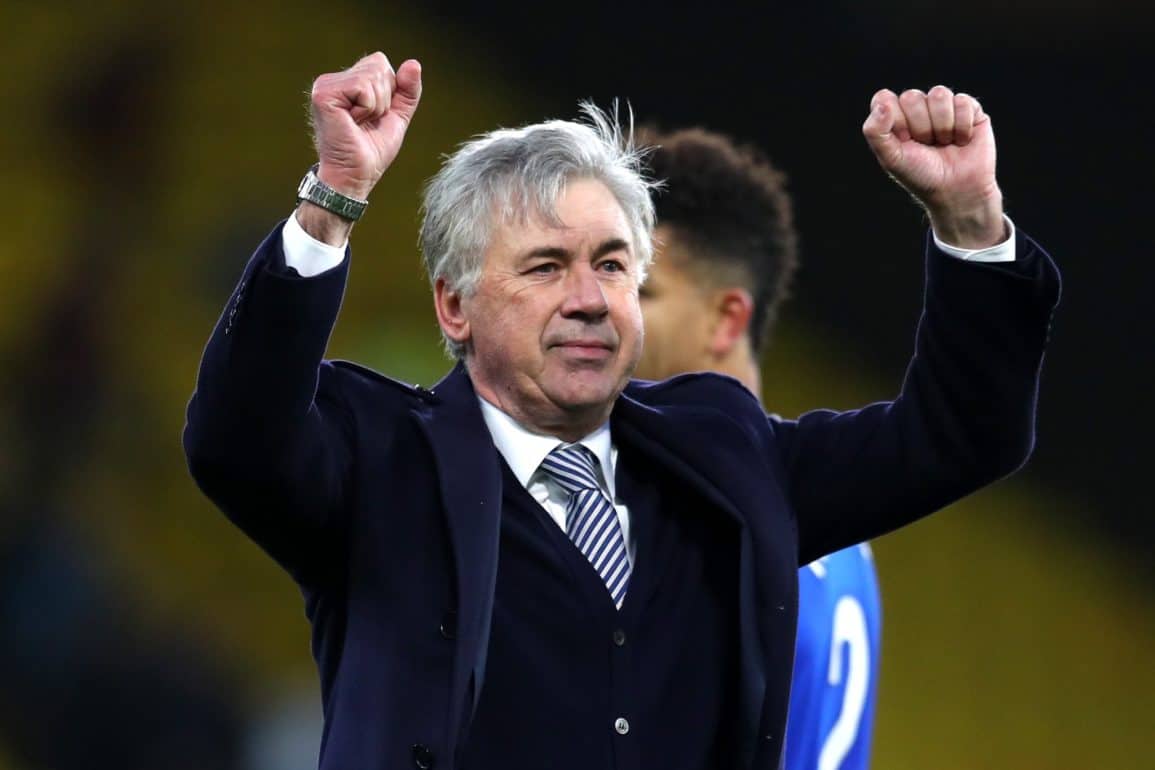 Carlo Ancelotti has praised the spirit of his team and believes Everton’s 3-2 victory over Watford to be an important win.

Ancelotti told evertonfc.com: “Football is unpredictable, we we had 10 men and a draw would have been a good result but we had the opportunity of a counter attack – and it was a fantastic counter attack to win the match.

“The spirit of the team was really good and we had fantastic support from our fans.

“We are really happy for them. To win this type of game away from home is really important for our confidence and the happiness of our supporters.

“We had to stay focussed and defend well when we went down to 10 men – but there was still a possibility to do something.

“We can play better, of course, but the spirit was good and it was an important win.”

“We played much better in the second half – we stayed concentrated after the red card and used the opportunity we had.

“This shows the spirit of the team was good. We lost a lot of second balls in the first half, the spirit was totally different in the second half.

“Theo did very well for the goal, now he has to stay focussed and improve.

“It is the same for the team, we have to improve and be confident.

“This squad has good quality – and with good spirit we can have good results.

“We are recovering important players – we hope to have Andre Gomes back soon – and will try to do something good on the pitch this season.”