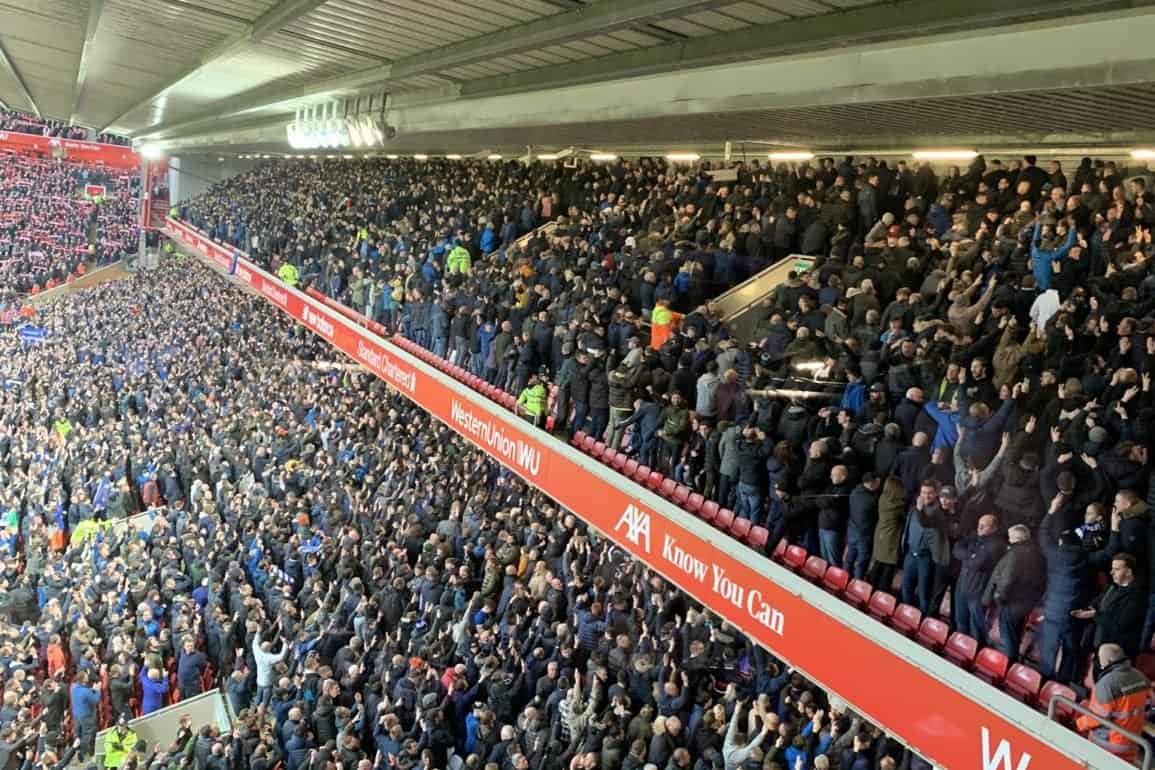 The irony of Sunday’s disaster taking place on the same day that the FA allocated a minute before kick-off for us to consider mental health issues was likely not lost on many.

Emotionally and mentally, for Evertonians, the Anfield Derby has become a problem, a point on the annual football calendar primed to negatively alter our collective mood for days, if not weeks. Anger, frustration, sadness, despair, a lingering sense of shame, these are the emotional responses now regularly conjured up by this fixture. Where once, only defeat was feared, we now seem to be ploughing new footballing lows with every visit.

The shambles of the cup tie, losing to a deliberately weakened Liverpool, governed by a manager who had no real desire to win, represents a low many of us probably thought impossible. I, like many Blues, remain stunned by what occurred. Gutless, cowardly, devoid of the basic requirements of a football team, this was an anaemic display that will rightly haunt us for years to come.

But although in isolation the game was a sickening blow, from a wider perspective it merely forms another part of an increasingly toxic relationship with our neighbours. Toxic, in this instance for us alone.

This is not a rivalry anymore, it’s a destructive relationship. For decades. Evertonians have suffered at the hands of Liverpool; last minute goals, biased refereeing, winless droughts, jamminess, Heysel, the 86 Double, Anfield maulings, the list goes on and on. And with every blow, our self-esteem withers and their smugness and gloating grows. We have reached the point now where Everton have become a joke, a Kopite punchline.

We are the gift that keeps on giving, our perpetual disappointment a constant source of succour to the Red menace.

And so, maybe it’s time then, for our own sanity, to uncouple from this toxic connection to our neighbours. Because, realistically, how much more can Evertonians take?

As supporters, we are free to have whatever relationship we want with other clubs. But of course, history, geography and tradition skewers our perspective. But should they?

Football rivalries based on proximity once made perfect sense. Clubs were rooted in local communities, and ties of family and geography powered your relationship with a club. In the highest reaches of the game, that is evidently no longer the case. Elite football has changed beyond recognition over the past twenty years. Elite clubs are rootless, international brands, followed by a legion of fans whose geographic spread covers the globe.

The ‘Liverpool’ that we once rivalled no longer exists. If you want proof of how little Liverpool are rooted in the community, imagine picking up Anfield and relocating the stadium somewhere else in the country. The impact would be negligible. Tourists and domestic and international fans would flock there, no matter where it was. Liverpool are a ‘Liverpool’ club in name alone. They might have Scouse fans, but they are no longer what drives the club forward. They are now the minority. And not just internationally but also within Anfield itself, just a sliver of the selfie-taking, half-scarf wearing horde.

Our shared history with the Shite tethers us to them, making it a challenge to redefine our relationship. But the ‘rivalry’ no longer makes any sense. The factors that created it have lost their grip. We are free, should we choose, to no longer participate.

And it’s something that is really worth considering. I’ve never been one to subscribe to the theory that football must always be fun and entertaining. To me that smacks of the FIFA-isation of the sport that has begun to take hold in recent years, the desire to make it as frenetic and high scoring as a twelve-minute video game. The grinding reality of football, the fact that it can be boring and upsetting as well as entertaining is part of its appeal. It’s meant to be an emotional experience, one filled with heady highs and soul crushing lows, not one endlessly captivating love-in.

But the toxic relationship that exists between Everton and Liverpool goes beyond ‘soul crushing lows’. It is something pernicious, something poisonous, something that eats away at you. No supporter deserves to endure what we have been put through at their hands. It’s cruel and unnecessary. And it’s gone too far.

We deserve an end to this. It’s time for Liverpool and its fans to be somebody else’s problem. For generations we have put up with the worst supporters in the country. Take a minute and think about all the characteristics that you loathe in a football fan. I’m no mind reader but I bet the ‘qualities’ such as smugness, a sense of entitlement and a lack of perspective will feature. What’s being described here is the archetypical Kopite, Kopite-erectus. Humourless, thin-skinned, braying, obnoxious, self-righteous, smug, arrogant, they are unique in their awfulness. Why should it be us who have to constantly put up with them? We’ve done our shift.

I’ve followed the club long enough to realise that uncoupling from Liverpool will be no easy task. There’s too much water under the bridge for the breakup to be an easy one. But if you had a mate whose partner was objectionable, the kind of unbearable prick who puts everyone’s back up, and that ‘prick’ was making the life of your friend a living hell, you’d recommend that they gave them the elbow wouldn’t you?

You don’t stay together just because you’ve always been together. You don’t stay together just because that’s what other couples do. That might work for the Manchester couple down the road, but it doesn’t work for us. If it’s toxic, you get rid. It’s time for us to break away from the thing in our footballing life that makes us the most miserable. Time to tell Liverpool to sling their fucking hook.