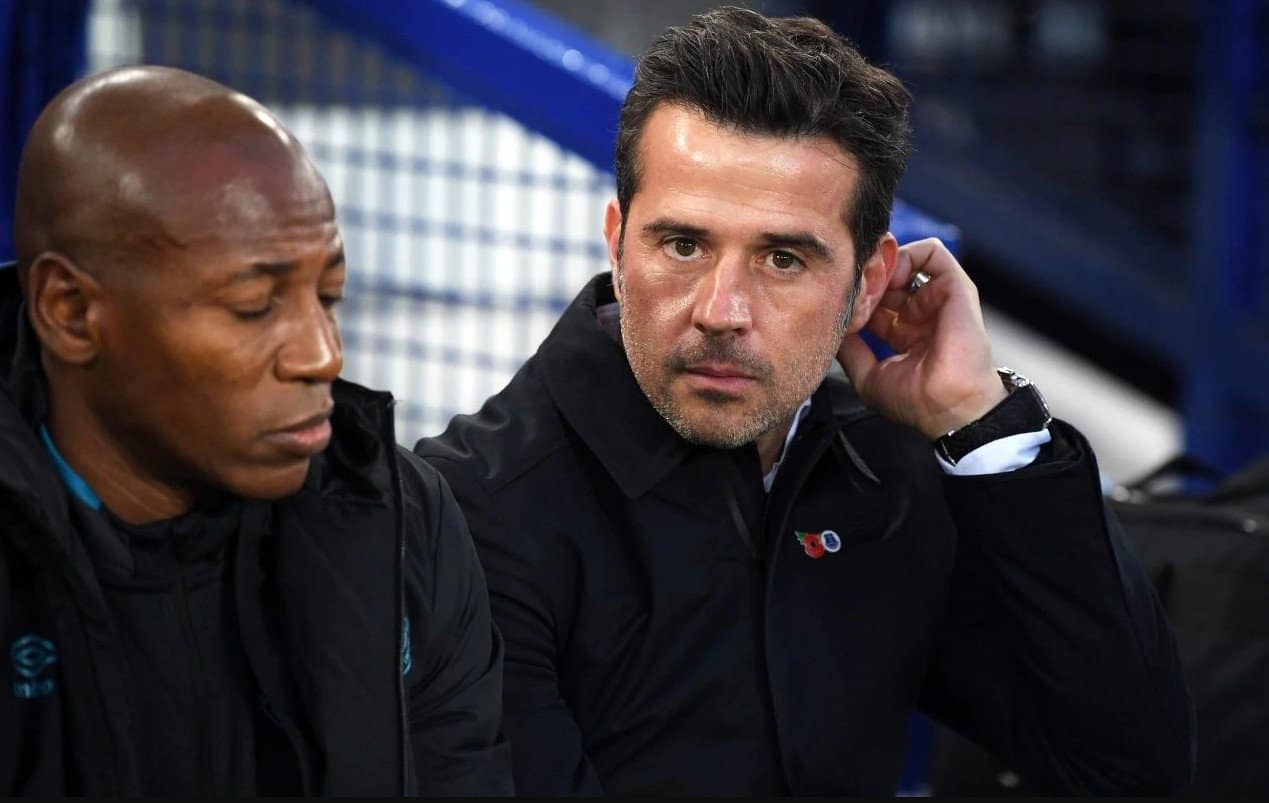 By Tom Ferguson
In Everton NewsMatch Previews
1 month ago

A severely out of form Everton outfit travel to Anfield on Wednesday evening looking for their first victory over their local rivals in nine years.

Marco Silva will once again take charge of Everton despite more and more calls for his sacking.

The Blues come into this on the back of heartbreak at the King Power Stadium on Sunday.

The Toffees were punished for not taking their chances when Kelechi Iheanacho struck deep into injury time to seal Everton’s eighth loss from 14 Premier League outings.

Everton could end the 15th round of fixtures in the Premier League’s relegation zone if they don’t take points off table-topping Liverpool, but only one side have managed that so far.

After 14 games Liverpool have won all but one, Manchester United denying them a perfect record after a draw at Old Trafford in October.

Everton go into this one hoping for a first win at their former home in 20 years, a pitiful record that Silva will know needs improving.

The last Merseyside derby at Anfield was a horrific evening for Everton, with Divock Origi netting a 96th minute winner little over a year ago.

The fixtures don’t get any easier for Everton, with Chelsea, Manchester United, Leicester once more and Arsenal coming up in consecutive games after the all-Merseyside clash.

Liverpool’s side is full of players who can cause any defence in the world damage on their day.

The front three of Mohamed Salah, Roberto Firmino and Sadio Mane will require most of the attention but Virgil van Dijk will pose just as much of a threat from set pieces following his double against Brighton on the weekend.

But the dangerman will prove to be Trent Alexander-Arnold.

The 21-year-old will be whipping in pin-point crosses day long.

Since his breakthrough, the England international has established himself as one of the best attacking full-backs in Europe and gives the Reds a whole new element of play down the right-hand side.

The hosts will be without first-choice goalkeeper Alisson after the Brazilian’s dismissal on the weekend so Adrian will deputise.

Liverpool will also have to make do without influential midfielder Fabinho and Joel Matip.

Everton are of course without long-term absentees Andre Gomes and Jean-Philippe Gbamin.

The Wirral’s very own Mike Dean will officiate this one and Martin Atkinson will be on VAR duty. In 11 games this season Dean has shown 52 yellow cards and two reds.