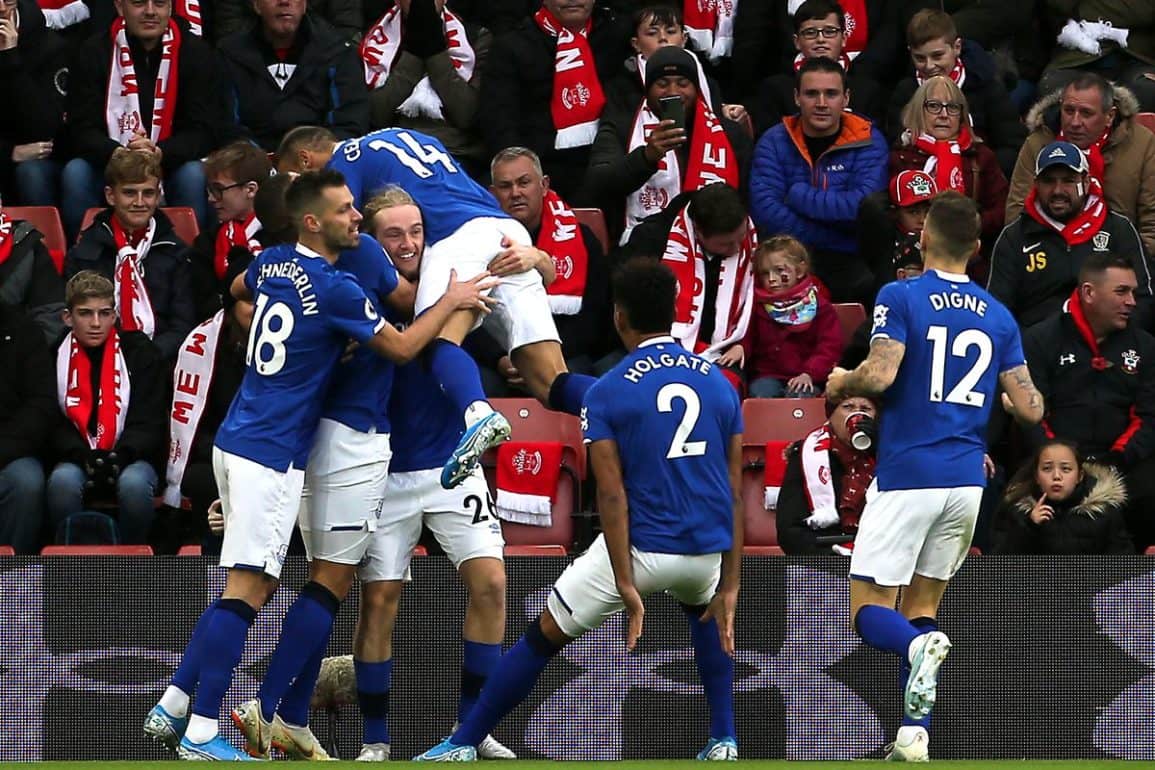 Another month has rolled by and thanks to a third international break, November saw just three games in the Premier League for Everton.

One win, one draw and arguably the most depressing loss of the season saw just four points from a possible nine earned and the club slipped to 15th in the league table with, without a shadow of a doubt, the toughest month of fixtures now upon us, beginning with Sunday’s trip to bang in form Leicester City.

Spurs at Goodison was the most talked about fixture of the season so far given the number of controversial incidents and decisions made. VAR once again raised its increasingly ugly head with woeful decisions not given in favour of Everton over penalty claims for a second half foul on Richarlison and a bizarre no-hand ball ruling when Dele Alli clearly had his hand over head height and contacting the ball.

But they and the non-booking of Heung-Min Son for his earlier dive looking for a penalty paled into insignificance with the clear late foul by the Korean on Andre Gomes that resulted in him being red-carded and Gomes suffering a broken leg. Everton completely failed to control the post-game media narrative over the injury and the appalling officiating decisions and that allowed the media circus to rally around Spurs and Son who was made out to little shirt of the archangel Gabriel.

Back to the action and trailing to a Dele Alli goal just past the hour mark, Everton battled hard to get a point courtesy of probably the best move of the game, Yerry Mina spreading the ball wide left for Lucas Digne whose instant first-time cross was met by the head of Cenk Tosun and it bulleted into the Gwladys Street End net.

Game Two saw the Blues finally register a win away from Goodison with a scrappy but much needed and welcome victory over Southampton at St,Mary’s. Tom Davies got us off to the perfect start with a close range finish inside five minutes and we went on to have much the better of the first half without adding to the scoreline. Southampton got an early equaliser after the restart and many Blues feared the game might go the way of the home side before a peach of a cross from loanee Djibril Sidibe picked out Richarlison and he coolly slotted the all-important winner.

Two weeks off to rest and prepare for the visit of bottom club Norwich appeared to be completely wasted as the Canaries returned to Norfolk with all the points after becoming the third of the promoted clubs to register a 2-0 clean sheet against the Blues. From the Everton perspective, this was, quite frankly, the lamest and most insipid of performances as Tim Krul in the visitors goal was hardly troubled in the entire ninety minutes.

Just sixteen players wore the shirt through October with four players, Jordan Pickford, Mason Holgate, Yerry Mina and Lucas Digne playing every minute of all three games. As for the three individual Man of the Match polls, for the first time since GrandOldTeam.com began offering these polls and monthly awards, one player scooped all three polls.

Where October saw one of the closest Player of the Month results, November was the complete opposite with a landslide winner, so let’s get to it…

In third place for the second month running was… Yerry Mina

In second place, also for the second month running was… Mason Holgate

And the congratulations go, with a massive 38.23% of the total votes cast, to the winner of all three Man of the Match polls and fully deserving, landslide winner of the GOT Player of the Month for November… Tom Davies.