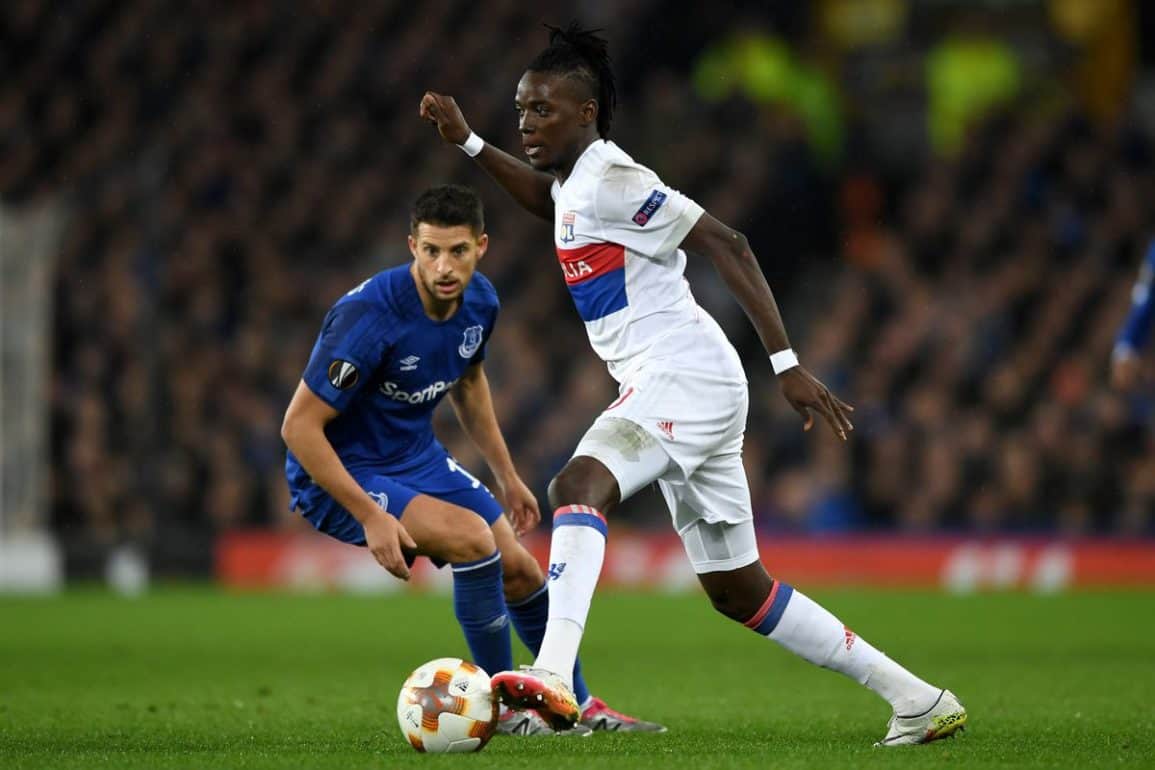 Everton have opened talks with Lyon over the transfer of Bertrand Traoré, according to L’Equipe.

The 23-year-old made 48 appearances across all competitions this season for Lyon, scoring 11 goals and supplying five assists.

A versatile forward, Traore mainly features as a right-winger but has shown the ability to change wings or play up front as a centre-forward.

The 5ft11″ winger from Burkina Faso began his career in the youth ranks with Auxerre before signing for Chelsea in 2013.

Traore was sent to Vitesse to get first-team experience where he enjoyed an impressive spell in the Netherlands, scoring 16 goals in 42 league games.

After getting a work permit, Traore was promoted to the Chelsea first-team in 2015 upon his return from Vitesse but after a short spell and just 10 league appearances when he managed two goals, he was sent out on loan again, once again to the Netherlands, but this time to giants Ajax.

He scored nine goals in 24 league outings for Ajax and was part of the team that reached the Europa League final in 2016/17, losing to Manchester United.

After impressing with Ajax, Traore was snapped up by Lyon, who paid £8.8million to lure him from Chelsea.