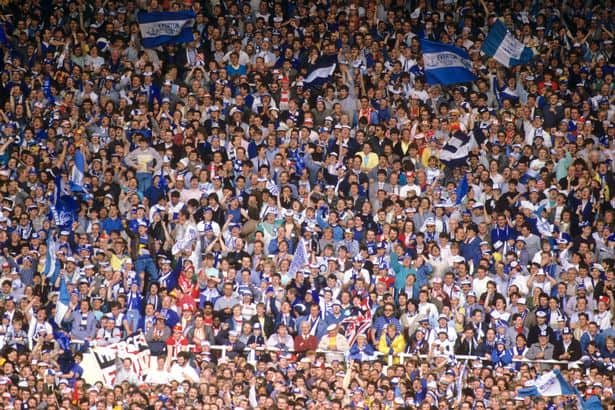 By the esk
Everton Opinion
5 years ago

When you speak to almost anyone in football about Everton Football Club, you normally get glowing references back – be it about their personal dealings, the warmth of welcome, professionalism, and how well the club is run.

The one major exception to that group is Evertonians themselves. Despite our love for our team, we all grumble about what we see on the pitch, and long for the success of previous eras, that is usual among football supporters. However there’s also a significant level of discontent about the way the club is run and how it communicates with the real stakeholders of any football club – the fans.

The question is whether that will continue under Moshiri’s ownership, or whether we’ll see a new era of openness and dialogue.

Fan engagement matters. It matters because it demonstrates trust between those running the club and those supporting the club. A lack of engagement breeds suspicion and causes unnecessary division and a lack of trust.

Before looking at the areas where engagement is required I’ll make one further observation on engagement. Look at the success of EiTC and the positives of engaging with the community. It’s been an amazing success benefiting all parties – the question to the football club is why not take those outreach principles and truly create the unity that Everton fan loyalty deserves, and in doing so benefits us all?

I want to talk about communication and corporate governance.

Communication with the fan base is critical, yet sadly almost completely overlooked by the club. In today’s age of multiple media and communication opportunities there is really no excuse for not communicating with fans other than if there is no intent to do so.

There are issues in the past, the present and future which require greater openness in disclosing details to the fans.

Despite the questions asked at last year’s AGM we are none the wiser in terms of past relationships with potential shadow directors, the identity of the beneficial ownership of past and current lenders to the club, and confirmation that the share ownership of the club in the past is consistent with that previously reported.

As we stand today we are not any wiser as to the future investment in the club, the ownership structure, its funding, its plans and critically the new stadium, including location and design.

Clarification of all the above will go a long way to rebuilding trust, and creating a platform to move forward. The opportunity for such disclosure is perhaps a few weeks away at our AGM – I hope the club does not forgo the opportunity to put the record straight.

The role of directors and Corporate Governance

Way back in 1899 the FA created a set of rules to protect football club’s best interests. Later it became known as Rule 34 and stated “ that being a club director was a form of public service, that directors should be ‘custodians’, to support and look after clubs”. It was this rule that prohibited directors from being paid, restricted the dividends to shareholders, and protected grounds from asset-stripping.

These rules fell by the wayside in 1983 when Spurs created a holding company structure (with the implied permission of the FA) which released club directors from the responsibilities of rule 34.

As a result investment has flowed into almost all clubs (with a notable exception). Looking forwards as leading clubs become hugely profitable on the back of the massive broadcasting deals in both the Premier League and the Champions League, it’s unrealistic to assume those days will once more return.

However the underlying principles of being custodians, and the resulting public service element of club directorships should not be ignored it should be encouraged. This I believe is hugely relevant to Everton given our history, our values and perhaps of all English clubs, our great roots in our local community.

How can this be achieved?

Let me just touch on some of the above.

A commitment to the custodian and public service element of club directorship would be a huge step, confirming the alignment of club and shareholder interests, whilst acknowledging and embedding the role Everton plays in the community, society and the region more generally.

In terms of board composition it can be argued that for too long the board has solely represented the interests of the club’s major shareholders. Whilst I am sure Mr Moshiri wishes to see his investment in Everton succeed along his own plans and ambitions, I’m sure he will be able to recognise the benefit of having truly independent directors knowledgeable of commerce and the football industry generally.

It should be fairly self evident that all benefit when the interests of shareholders and the club are perfectly aligned, yet it can be argued that this has not been the case at Everton for many years, and whilst the value of shareholdings in the club have soared the club has achieved little on the pitch and fallen badly behind its rivals. A clear case of non-alignment.

Everton is a private company and therefore has fewer reporting obligations than befits an organisation with such a high social and regional presence and profile. Whilst we appear to meet our statutory obligations, greater disclosure would again benefit relationships between the club and the fanbase. As an example, other operating costs are explained in a single line in the accounts, yet account for between 23 and 28% of our operating expenses over the last 7 years.

Finally fan representation at board level – subject worthy of more than a couple of lines, but I can’t think of a better way of confirming the link and value of the fan base to the club and shareholders than by allowing representation at Board level.

To conclude, following Mr Moshiri’s current acquisition of 49.9% of our club and with agreements in place to acquire a majority holding, there can be no better time to sweep out the old and bring in a new more open and engaging era between club and fans.

The team have always had our (the fans) support, it’s time for the club to repay our support and faith with better communication about the past, the present and future, plus a commitment from the club to structural changes at board level and hugely improved corporate governance.