Our weekend ruining specialists crushed enthusiasm with a really desolate away dipping at Bournemouth. So with that in mind what better way to start your next weekend than a dose of Everton under the floodlights versus a team they should beat but probably won’t?

You got that Friday feeling yet? 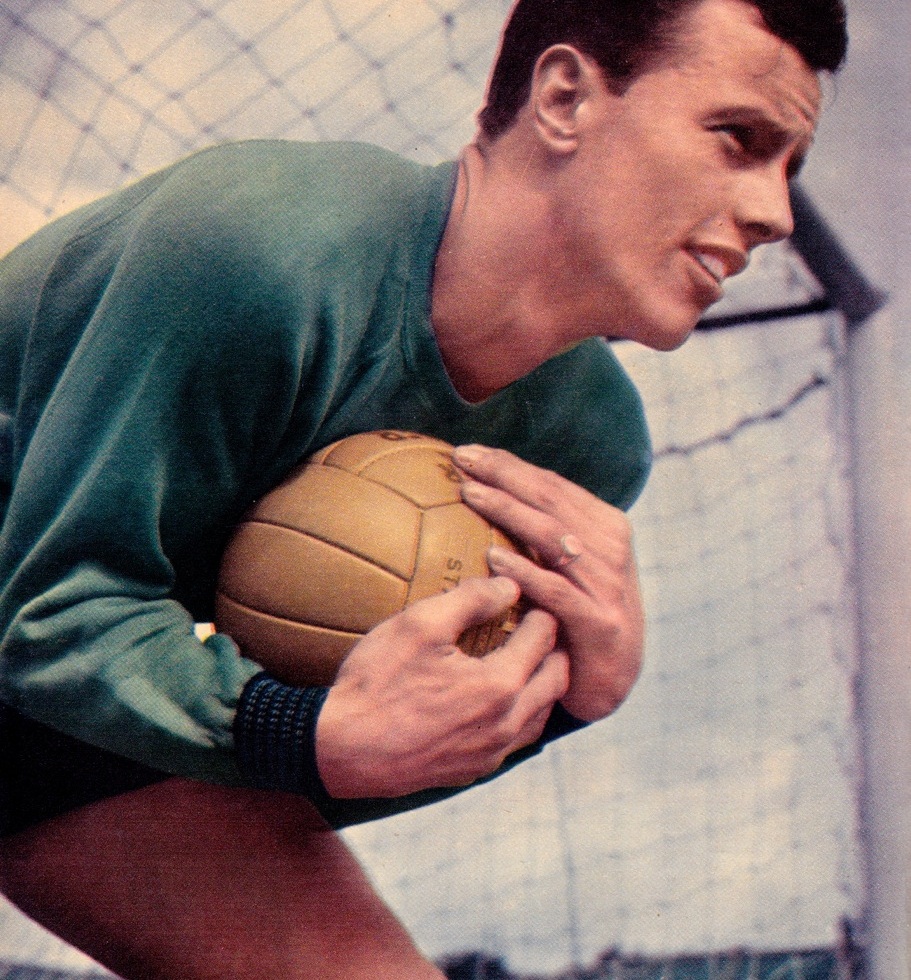 Maybe it’s the mindset a lot of us share that doesn’t help when, at the first sign of setback, we instantly bolt for the protective shelter of pessimism and scorn? For there’s the hope that this time it’s different, just as all those times have been different for the past 30 years.

I was going to pack this short preview full of Friday night analogies like your bird throwing up all over your Yves Saint Laurent shirt in only the second bar, or getting blindsided by a group of mentally unsettled tramps and being sent straight for the Royal Liverpool Hospital. But I’ll spare you it because it’s not like Everton play that much on Fridays is it? Maybe the potent combination of weekend enthusiasm, ale and Everton under the floodlights is the secret ingredient we’ve been missing all this time? Our new found recipe will prove the accelerant and before you know it we’re singing songs that our kids will be singing about players we’ll never forget.

There’s little point in over analysing Bournemouth as it was simply a shitshow from start to finish with everyone involved guilty of being utter tripe. Hot on the tails of Norwich reserves putting us out of the cup one can only hope it’s been used as essential learning experience from Koeman who is not long from having a mandate to use just a squad of 15 players and lash the rest up for sale in January.

So we welcome Crystal Palace to Goodison on Friday, presumably desperate to put one over us for ripping off their fantastic Bolasie song without paying our dues. Hang on, didn’t they rip it off Bristol City prior? Nothing like receiving hand me downs such as a bobbled Gallini top in 1988.

Not much to say about Palace because they’re the acceptable face of football in London, with their sense of tradition and parochial working class support who almost to a fan are sound to engage in togger chat with – any absolute rarity in the modern game. No misplaced sense of superiority, a marginalised bellwhiff element and only a big of ultra behaviour in the chanting stakes to maybe cause concern. If they built them all like Crystal Palace then football will be a bit more palatable. 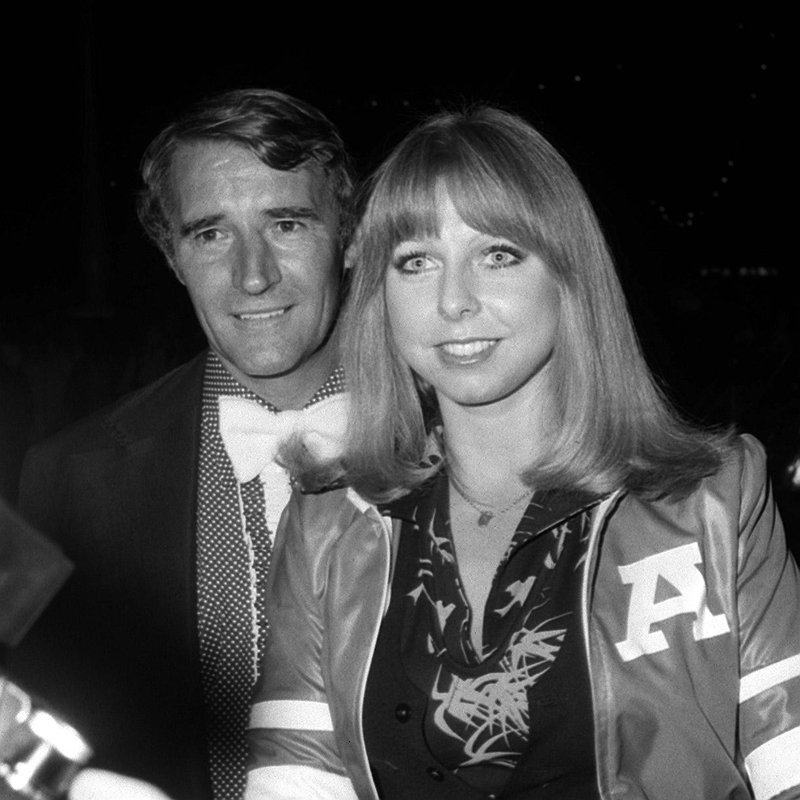 So Alan Pardew then. What a slobbering pisspig of a human. He’s a bigger texan than anything spitting in a bucket and calling itself Hank. A middle manager beaut who carries his business cards in a business card holder and abbreviates everything. Why can’t everyone see it? Why can’t the bosses see it? How can a repugnant human such as he earn one shilling more than any other human? Why isn’t everyone lining up to jump all over his head every single week in public? Why those glasses you throbbing bellcheese? How can any other human copulate with the utter danger? His DNA must be eradicated. Send back John Connor to decapitate him, right after he’s scored against Racing Bigstand in the 91 cup semi final though, the Harry and the Hendersons looking flute.

We’ve not forgot about thinking you was all that with West Ham and Newcastle looking down your Tudor nose at little old Everton tithead.

A list of some of their players who may or may not play v Everton: 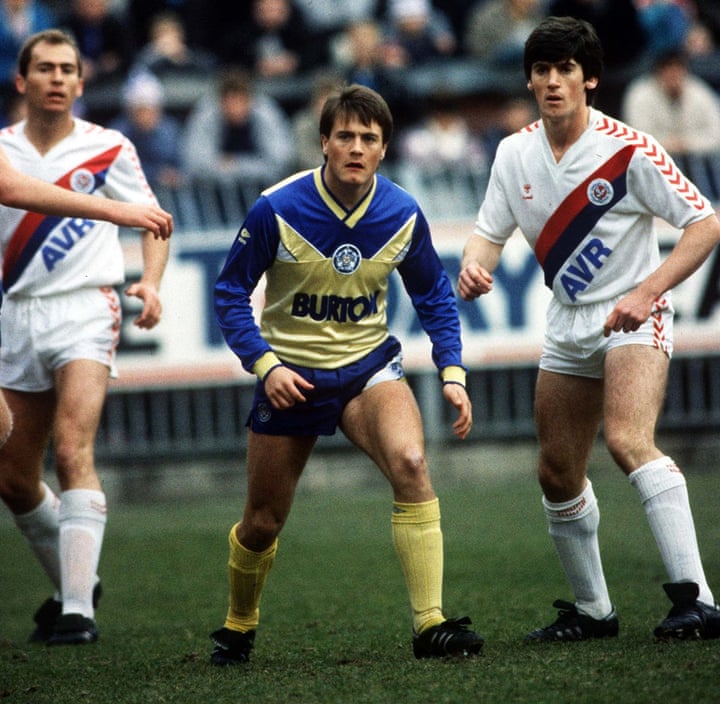 Ledley – your face has gone through puberty, well in shithead, your glutes are made of marzipan though.

Cabaye – ace wee shithouse whose agent defo took a bung to move to Palace, he must refresh the Telegraph on a hourly basis at the moment.

McArthur – the most Glaswegian looking man in the world. Vomiting in the DJ’s box while demanding 500 miles on for the fifth time in an hour in the Highlander bar in Tenerife.

Mandanda – summer signing from Marseille, the zany goalkeeper type who ships four through his hands against Sunderland but has a scorcher v Everton. 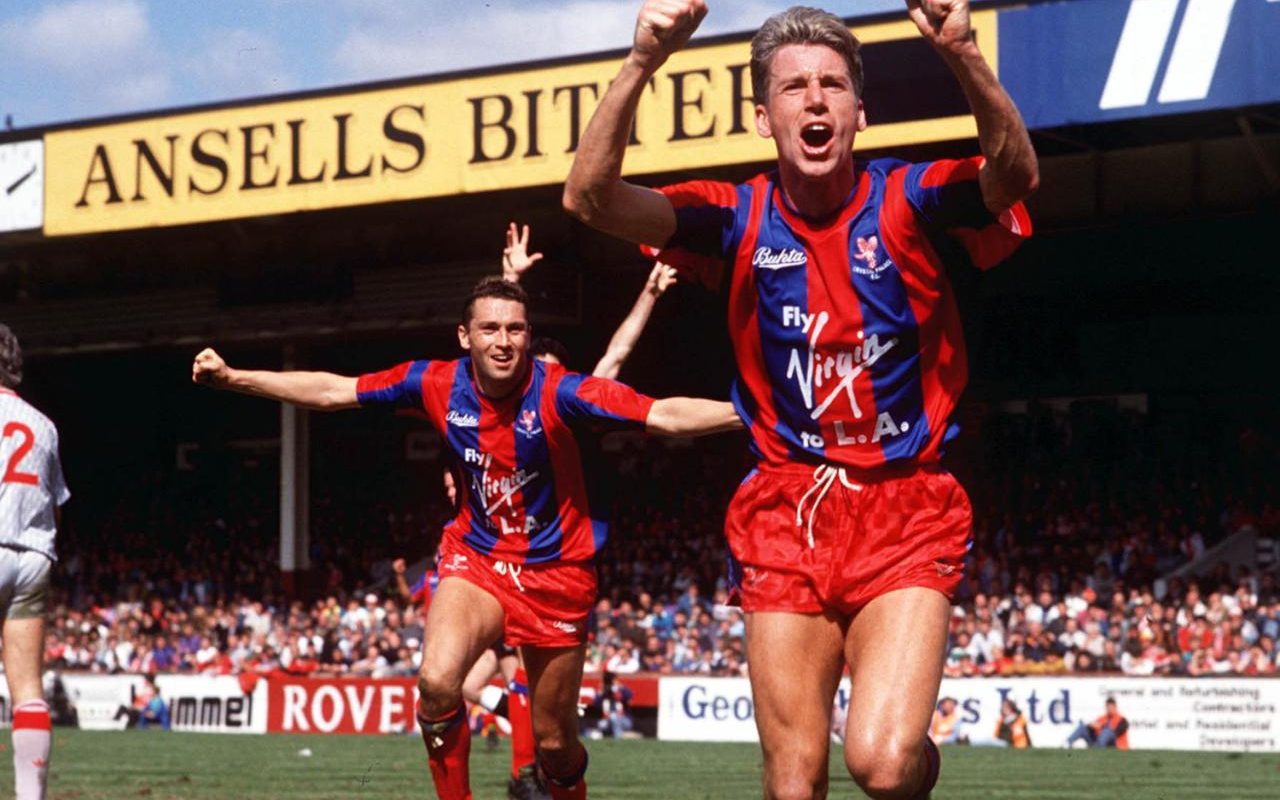 The first bit of pressure on Koeman other than a head which resembles discarded overinflated casey that is caving in on itself as winter approaches in the far reaches of a childless garden.

Lukaku will play up front and hope he wasn’t as isolated/ineffective as he was against Bournemouth. I’m not sure what to type about Ross Barkley but it’s typical that we have a player who has literally all the attributes to piss most teams but seems to have some mental block at doing it on a pitch. Can’t we give Uri Geller a chance with him? That position will see someone signed for it before too long.

Bolasie faces his old club and it will be interesting to see if it’s one of the games he turns up for. A marmite performing player if you’ve ever seen one. Massively impressed by his balls into the box though. Mirallas has showed early season promise without setting any particular game alight. Deulofeu has a touch of the Barklies about him last game or two out, so there’s a position or two wide open if someone wants to step forward and put a run of form together. It’s a vital cog in the Koeman machine out there so if not then January is rolling round by the week. 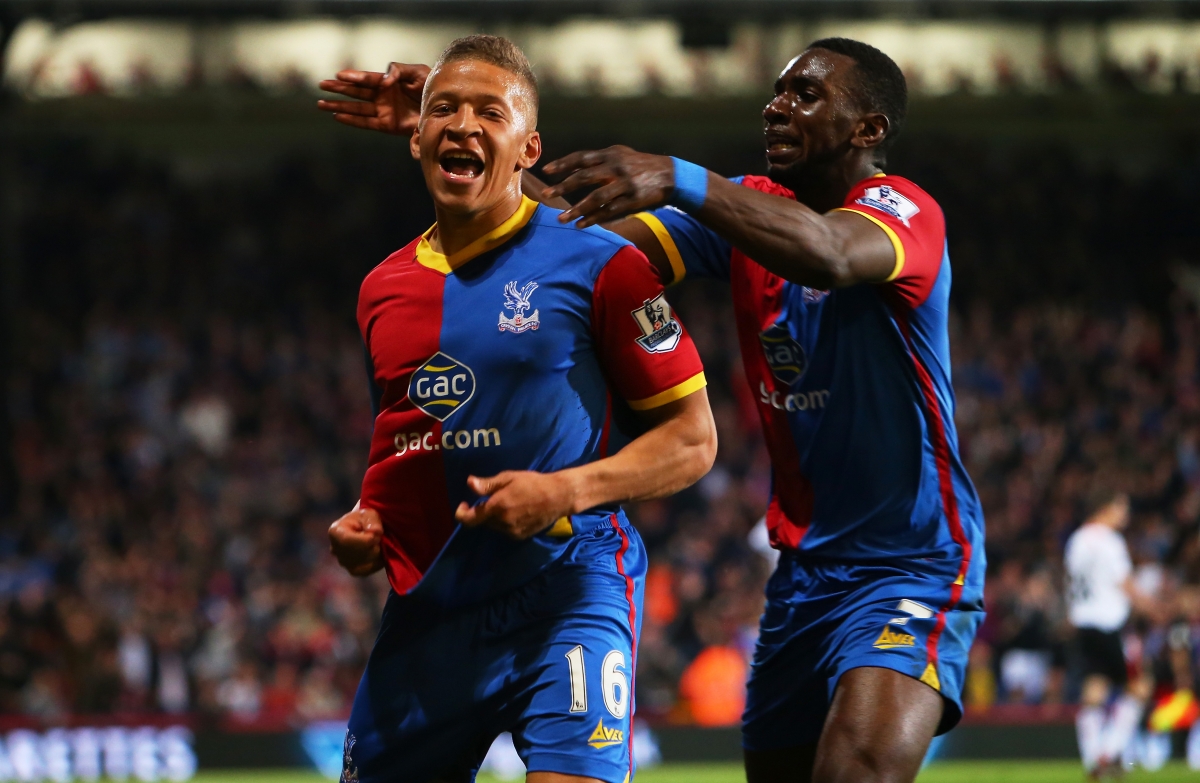 Barry was carrying a knock and it was easy to see, not sure if he’s fit for this but hope so. Beautiful Gana Gueye next to him, if not then presumably James McCarthy as Tom Cleverley influences a football game in abstract ways I’m yet to work out. In my midst of my Barryless anxiety I wouldn’t mind Tom Davies getting a game if need be.

You know the back four, it got a bit of a chasing for the first half an hour v Bournemouth as they turned Everton around too easily with sharp balls through the channels. Baines is still injured I think, so I don’t know what the answer is as either Oviedo or Funes Mori aint gonna make you proud too often there. Stekelenburg in goal. 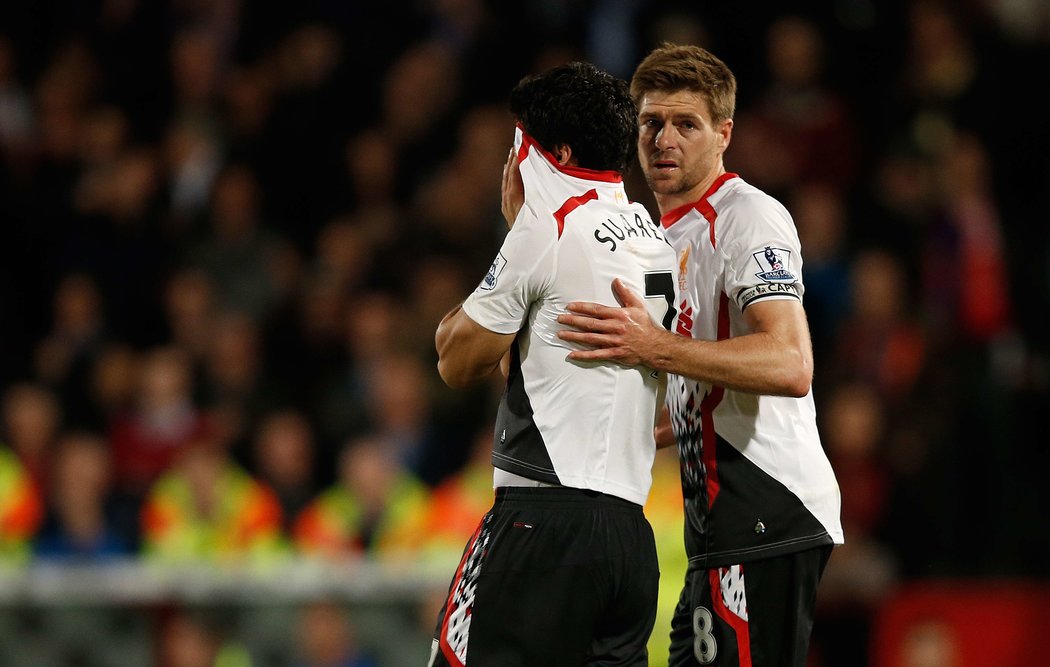 Annoyingly this game precedes a fortnight break for another ill timed international break. Our first game after that is Pep Guardiola’s Media Globetrotters which will be no easy feat. Three defeats on the bounce wouldn’t wreck the good ship Everton but it could leave us somewhat isolated. Here’s to a happier weekend with someone to depend on.