Hey again. You know what Mexicans say about the Pacific?

Course you do. Only a Red doesn’t know. That’s why the midweek shitshow is gone, a mere blip in the unstoppable rise to world dominance. OK, I’ll take just being competitive again, winning something and maybe even turning up at Anfield. 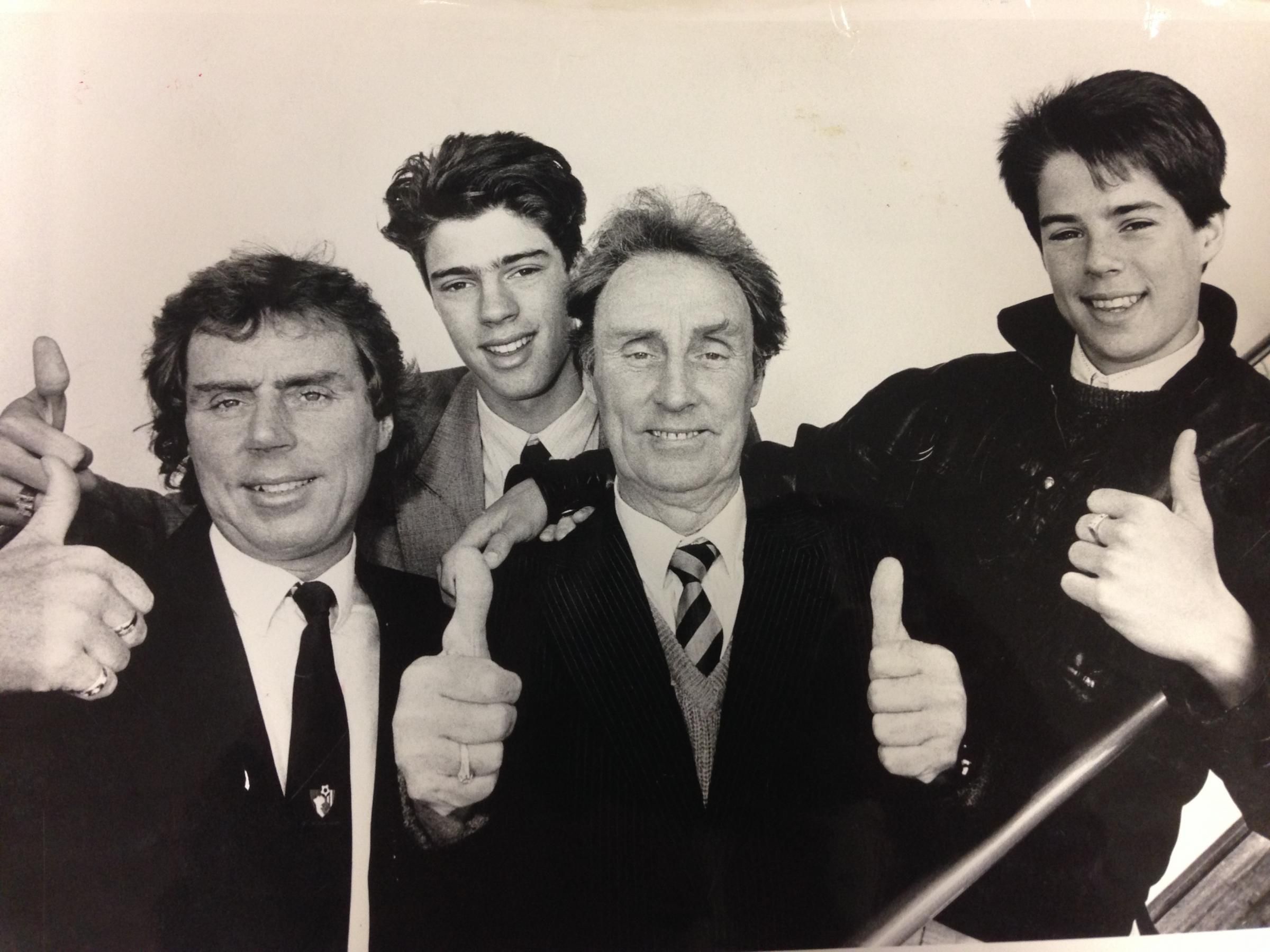 Everton being Everton went and shitted the easiest game of the lot so far this season and turned their nose up at winning their easiest chance of a cup this season, in a competition they have never won. You’d have to be on higher doses of mirtazapine to not get a twitch of disappointment at that. Or maybe you’re just Everton hardened after all the years.

Or perhaps you just put things in context and we’re sat second in the league with an away game to Jack Wilshire’s Bournemouth and a home game v Crystal Palace before another international break gives us two weeks to mull it over before facing, boy oh boy, the team who will be either first or second to us when they we return. 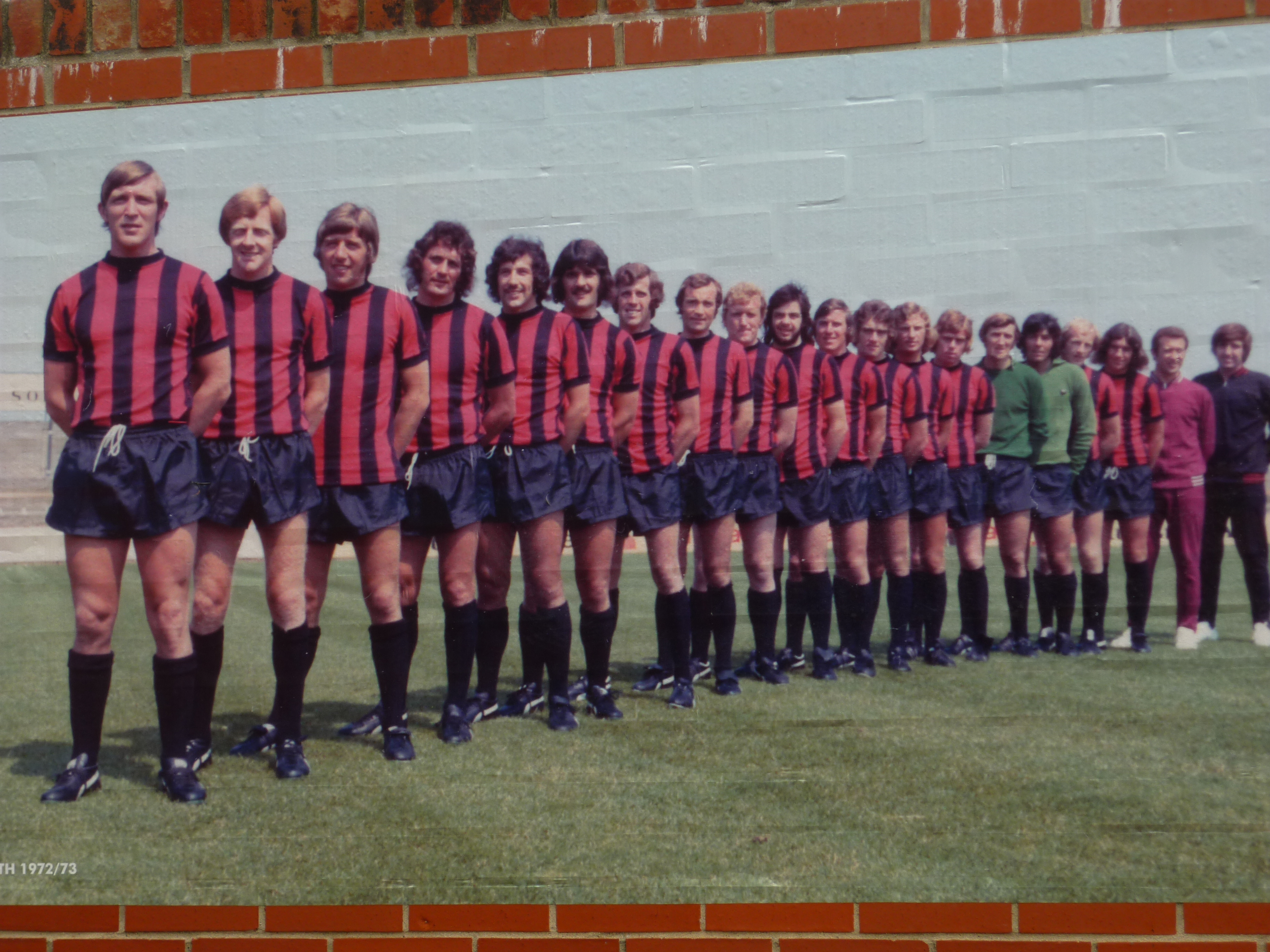 Seriously though there’s an increasing mandate to start the same players every game and to have a serious clear out in transfer windows not too far from now.

Did you clap Naismith? I’m not going there, but you’re a weird bunch, both sides like.

So a trip to the southern of all coasts on this island many of you home, to face the designated jarg Spurs of modern soccer. Plenty of plaudits for Bournemouth as long as they protect their valued plucky trump card. Rather inevitably they’ll find that familiarity is the curse of many a team looking to establish themselves amongst the bourgeoisie of Premier League togger. The pundits will soon be sucking you in a-spitting you out.

Not much to dislike about Bournemouth which makes for yet another dull preview. They’re a team on a budget who play it tight amongst a mostly local partisan crowd. There was a lack of egos until recent signings and Eddie Howe is not only a gentleman but apparently a blue to boot. My own minor criticism – if you permit me – is that he’s like the lad on the block who’s last to find ecstasy and then just sits in the kitchen all night with a stupid big annoying gurn on until he learns how to handle sledging. That apart though he’s sound enough. A rarity in the Premier League.

The good folk of Bournemouth are unobtrusive enough although it is noted that there is a bit of Crystal Palace trying a little bit too hard to be fun-ultras but again it’s not the end of the world. Also needs to be on the record that when many scousers flocked south to escape the Thatcher days that loads settled in Bournemouth and the local community tried to apply a stigma to Merseyside folk as you’d imagine racist small town Kent slugs apply to anyone unfortunate enough to be foreign around there.

Bournemouth you semi detached comfortable urban living Tory ferrets with a massive beach, you’re gonna pay for this. State of your kids brought up in absolute comfort trying to act all dead edgy too. Put them in Kirkdale for a month life swap and see how they get on. Get onto your grasping for the Antiques Roadshow to come to town like some Theresa May endorsing cads. Like any of you care one jot of the bombs being dropped on kids in Aleppo you sick bastards. As long as none of them make to your local Waitrose and make you double check you’ve put the alarm on your 4X4s.

In fact do one Bournemouth the detestable bellends, they need to be crushed by the royal blue keep-it-down-or-you’ll-jinx-us-into-being-dump-again juggernaut.

Who they got playing for them? 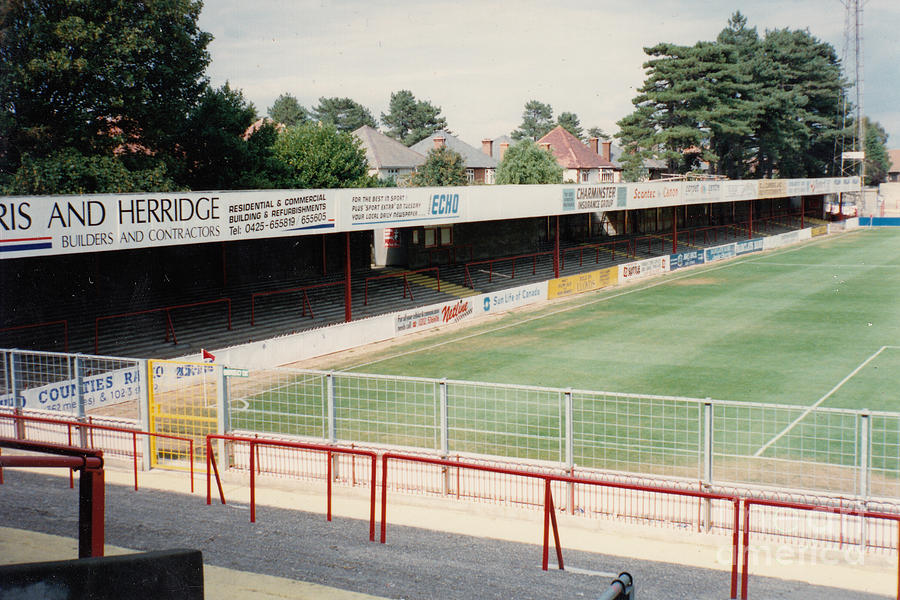 Stanislas – I know he scored against us last year but if you are playing someone in the top flight and Stanislas is playing for them then it’s a like opposite of a blue flag award, like they give for beaches, more like a brown flag award for being really really [Poor language removed] and if you don’t gub them then you’re likely to be dead upset going home. Which is an awful long way from Bournemouth.

Arter – same as above but he’s like a Romanian boyband pin up that if he lurks too long round a cashpoint makes you pretend you forgot your card and to detour to an ATM in a much different postcode.

Wilshere – I have a deep rooted dislike of him being the very epitome of a southern bell. The kind of no life experience texan who says stuff that is controversial and has “gravita”. Pyrofoam jointed pissy passer who the southern media couldn’t wait to crawl up the arse of and I hope he ends up in a flat fifty years from now with the fire brigade volleying the door in because the neighbours complained of the smell but the seven cats he kept for company have ate half his face. The fraud. Hurt him Barry, someone, anyone. 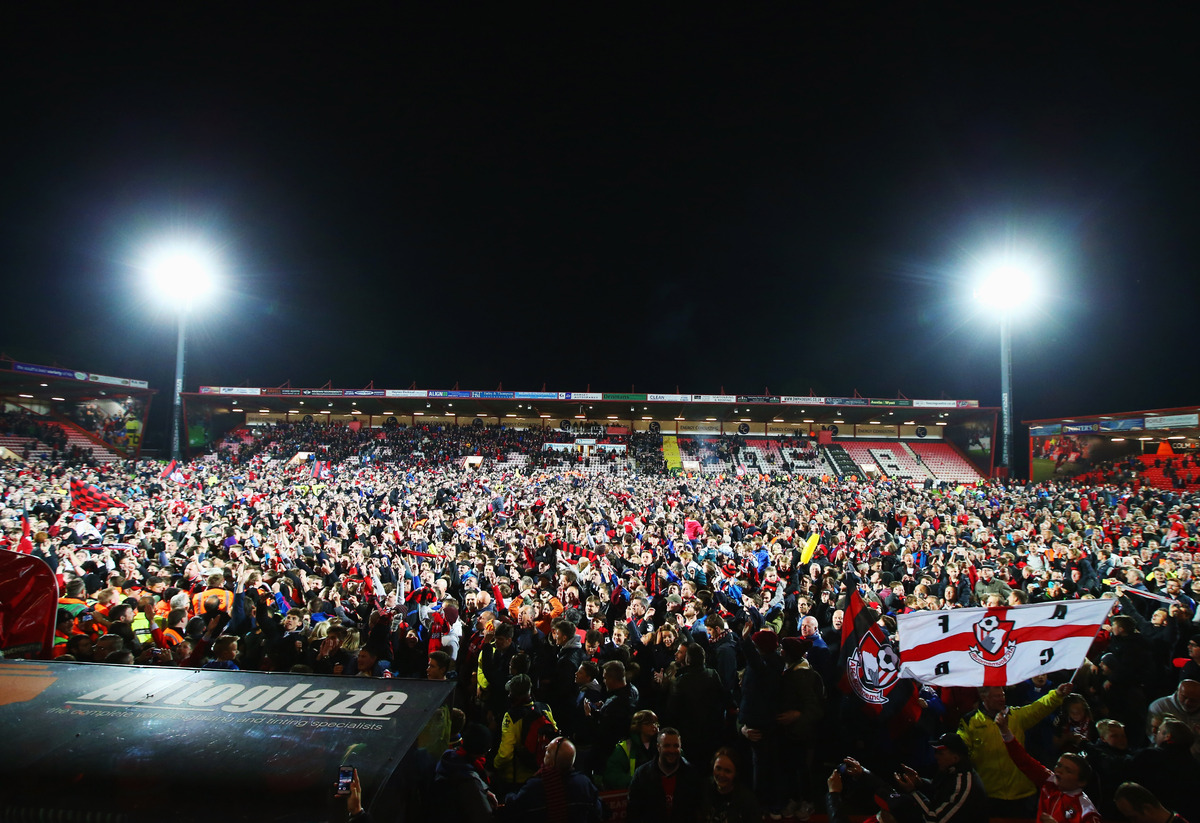 Ibe – wow. There Bournemouth was in the 80s complaining of scousers potentially robbing them and they go and willingly give up fifteen million pounds to Liverpool for Jordan Ibe. Nailed on to “Stuart Slater” us now, obvs.

Smith/Cook/Francis – they all look the same, nondescript beauts with beards and Toni & Guy haircuts. Get to drink a bottle of Bud though lad. Yeah because they just charged you thirty nicker, in 1997, you bulb.

Boruc – you accept Poles but not scousers? Shithouses.

Which leads us onto “but how did they vote in the referendum”? Do I have to break it to you? Really? If only the Nazis didn’t make it across the channel all them years ago and razed the entire place.

Only messing Bournemouth, you’re alright. Long may you bloody the nose of the assorted bells in the Premier League who think they have a divine right to beat you. Including us if you want it, we’re utterly gagging for it.

Lukaku missed out midweek and we lost which could be purely coincidental or a worry every time he doesn’t jump instantly back up from a challenge. He hurt his toe against Boro but is fit for this apparently, the type of defence he should rag like an XR4i on a beach circa 1988. What do you do with a problem like Barkley? Play him until we have someone better to play in that position of course you big silly, which it’s debatable we do at present. Pipe down with your Mirallas too, you FIFA Ultimate Team plums, he’s a winger.

Probably Mirallas and Bolasie on the wings though as that combination seems to work best, with Deulofeu eager to come on as a sub with 30 left and cause optimum damage. Or even trying stuff that doesn’t come off and shoeing the ball into touch when trying to control. You just never know with our wingers.

Gareth Barry sense of gravity is so low that there should be horrible capitalist bastards following him round a pitch trying to frack it. Him and Idrissa Gana Gueye are boss. What more is there to be said?

The Jagielka and Williams axis of blocks and interceptions will get another run out, and it would be sound if Coleman and Baines had a good seasons we’ve sort of forget how ace the pair of them are. Pleasing to see a returned emphasis on defending. Koeman, with his face like something Mount Etna spat out in spring, is in tune with Everton much more in that way.

Take his head off next time Stekelenburg, but defo a moody foul that, which was sound as it woke Goodison up into full on fume mode. 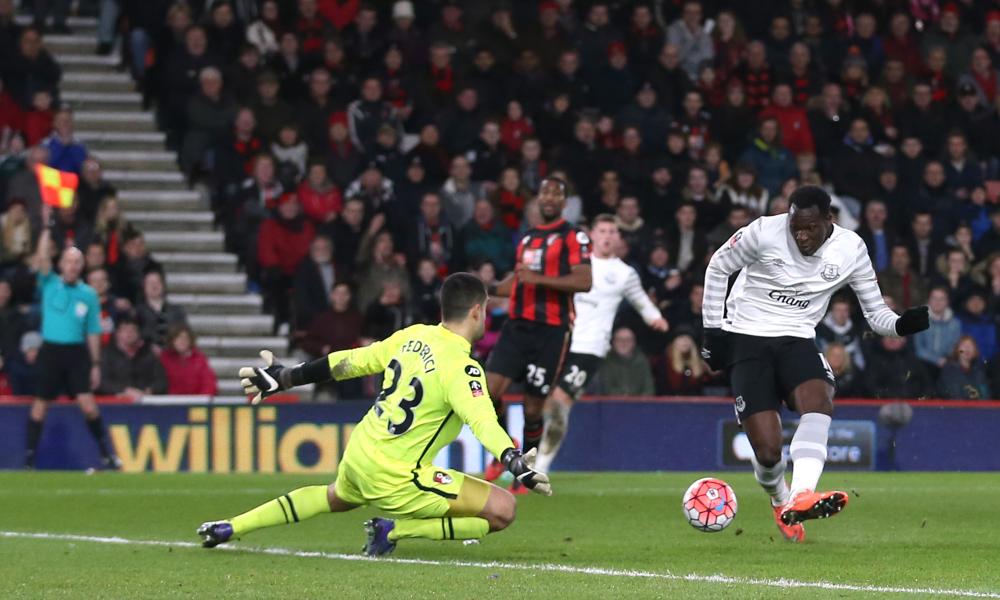 If you wanna be hot shots then you win these games, simple as. I’m still seething at having to do that list of their average players. The type of team that we had that coasted to fourth place twelve years ago.

Wonder what the locals in Zihuatanejo would say of Bournemouth beach?