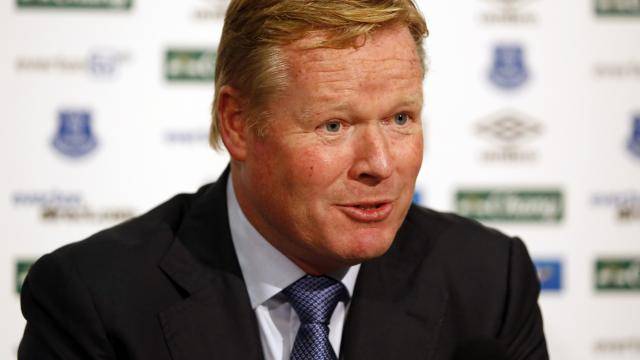 By the esk
Everton News
6 years ago

As is now commonly accepted Everton are for the first time in the Premier League era in a position to deal extensively in the transfer market and change their wage structure and previous limitations to attract higher quality talent.

However Everton being Everton, there’s almost inevitably a reason for things to be perhaps not quite as straightforward as they ought to be.

I’m going to try and achieve the impossible – make sense of the options open to Everton under the Short Term Cost Control (STCC) rules and keep it interesting.

Now returning to Everton, I’m going to make some assumptions about our transfer activity and the increases in current contracts offered to key players. I stress we’re not looking at the amount we will spend in the transfer market, that’s a separate discussion and from noises from the club is not a limiting factor – nor likely to be a regulatory issue given the underlying profitability of the club moving forward,and the ability to fund in the future .

I’m going to assume we add 5 players to our squad over the summer with an average wage bill of £120,000 per week per player. That adds £31 million a year to our wage bill.

I’m also going to assume that we offer new contracts to several of our most valued players, particularly Lukaku, Barkley and we’ll include Stones as well. From figures suggested in the press, these players are likely to receive increases of perhaps £70,000 a week, thereby increasing the wage bill by £200,000 a week or £10 million a year. We also have the increase in manager wages to factor in (£3 million increase on Martinez’s costs)

We’re losing players like Osman, Pienaar and Hibbert plus a high earner in Howard, but in a squad game they need replacing so I’m assuming a zero effect on salary levels.Equally the sale of fringe players like Kone and Niasse will likely have limited impact on total salary levels either because of replacements or other smaller increases in squad contracts.

So far a total increase in salaries of £44 million.

How do we fund that given the £7 million cap on salaries?

Sponsorship revenues: Potentially could increase this year with an unwinding of current arrangements with Chang but given that there’s a year left on the current deal, and our profile should be considerably higher in 12 months time, I’m taking the view there’ll be little change until season 2017/18.

Similarly commercial revenues due to the nature of the outsourced contracts are likely to remain flat at least for the next season.

Match day revenues will probably show a small increase as I’m assuming we’ll play to near capacity crowds under Koeman but that has to be tempered with the reduction in season ticket prices plus the increase in season ticket sales, all of which reduce the yield per seat.

That leaves one final source of “income” for the purposes of meeting the short term cost control rules – player trading profits.

I’m not going to get into full “football manager 2016” mode but to create income of £35-40 million there’s only a limited number of options in the current squad, particularly as we appear to have ruled out Lukaku leaving and if we were to dispose of Niasse there’s the potential for a significant trading loss. On Niasse perhaps a year long loan elsewhere is the most sensible option, reducing the wage bill and not crystalising the inevitable trading loss when he is eventually sold. The most likely option is the sale of Stones which would create sufficient profit to meet the required increase under the STCC rules (as well as reducing salary costs).

Thus in this most exciting of summers ahead of us we have to do one of the following:

It’s interesting that if we go down the route of selling Stones (which seems our only viable option), just as in chess a player sacrifice can lead to winning the game.

His sale permits the overhaul and upgrading of our entire squad,and the ability to pay competitive salaries – not because we can’t afford it but because regulatory considerations – a worthwhile sacrifice in my book.

The scale of change within the club is just becoming evident, exciting times ahead…..