You ready for more?

Thick and fast now. It’s a lot of Everton in such a short time, probing away at your senses, and we continue that theme with a trip to the current English champions. 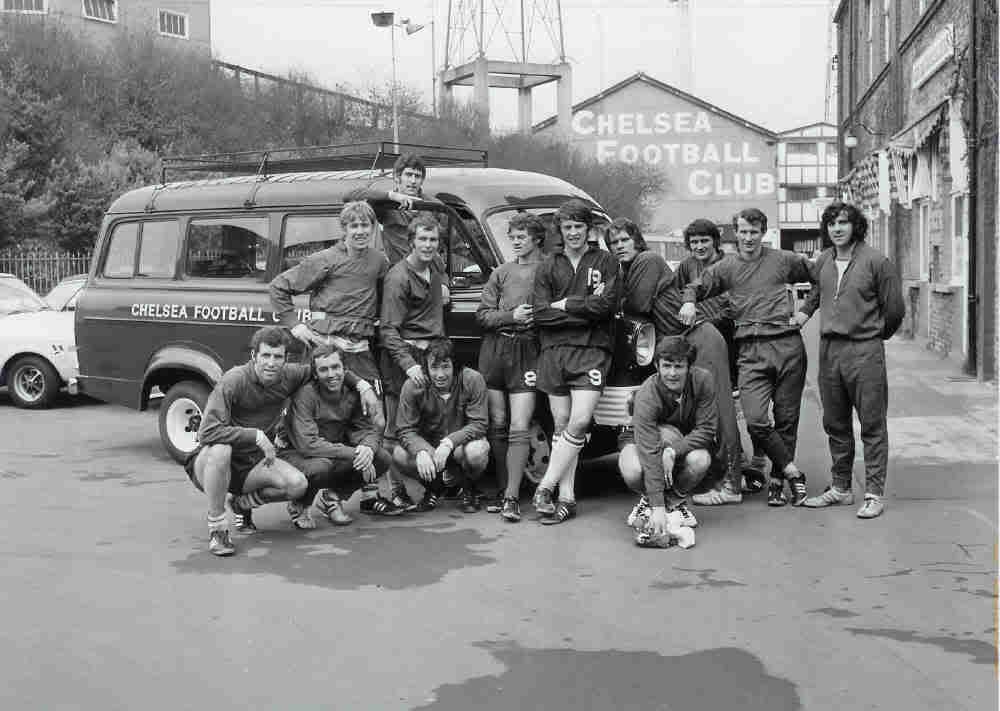 Obviously that’s building it up a little too much as they’re behind us at present and we’ve been no great shakes in the league, but more of that later.

The midweek ‘action’ saw a game of two halves away to Man City and although both halves were very different they were both very welcome as Everton demonstrated a willingness to outplay City, and then when City woke up in a gary comedown haze and started going mental at our heavy petting she went on a violent attack but Everton had good moves, covering up well and soaking the attacks without much damage at all. Maybe except for a bruised forearm and a rib that hurts when you turn over on it. Nothing too much really.

It’s sat up nicely, perhaps too nicely, for the visit we got them in just over a week’s time. I’m dead excited. 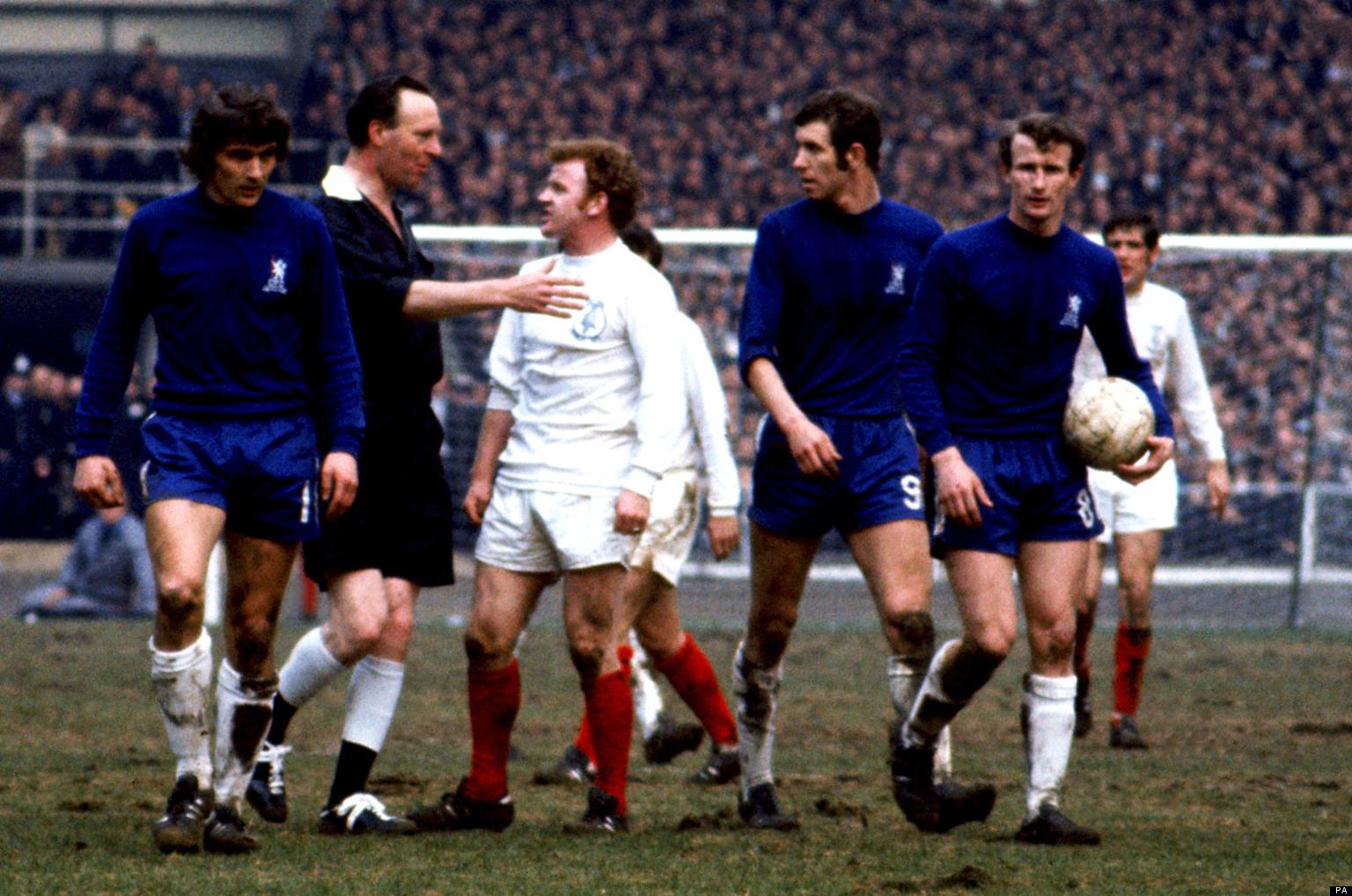 So onto Chelsea then and there’s something ominous of having to take the two biggest benefitters of “the new money” back to back and just three days apart. This is what you’re meant to aspire to right? The equivalent of Wonka’s golden ticket in modern day Premier League terms.

If it turns our fans into cretinous scruffs then I’d rather a different path please, Mr Fate. That’s not to validate living season to season as it is now and without a trophy in 21 years which is too long for our beloved Everton. Is it possible to get new owners with money but who aren’t corporate hanks that will strip us of what remains of the identity that holds dear to us? Maybe that’s like trying to find a long term bird who is free from mentalness, you have to give or take a little bit in even the best scenarios. Me-ow.

One thing that has happened of late is that because of money becoming the primary accelerant to success (previously it was Howard Kendall, Brian Clough or assorted others) it has fired a hundred thousand pub and online conversations about the finances of respective clubs. Everyone’s waiting for the annual reports to try and work out where the Arteta money went, or equivalent. 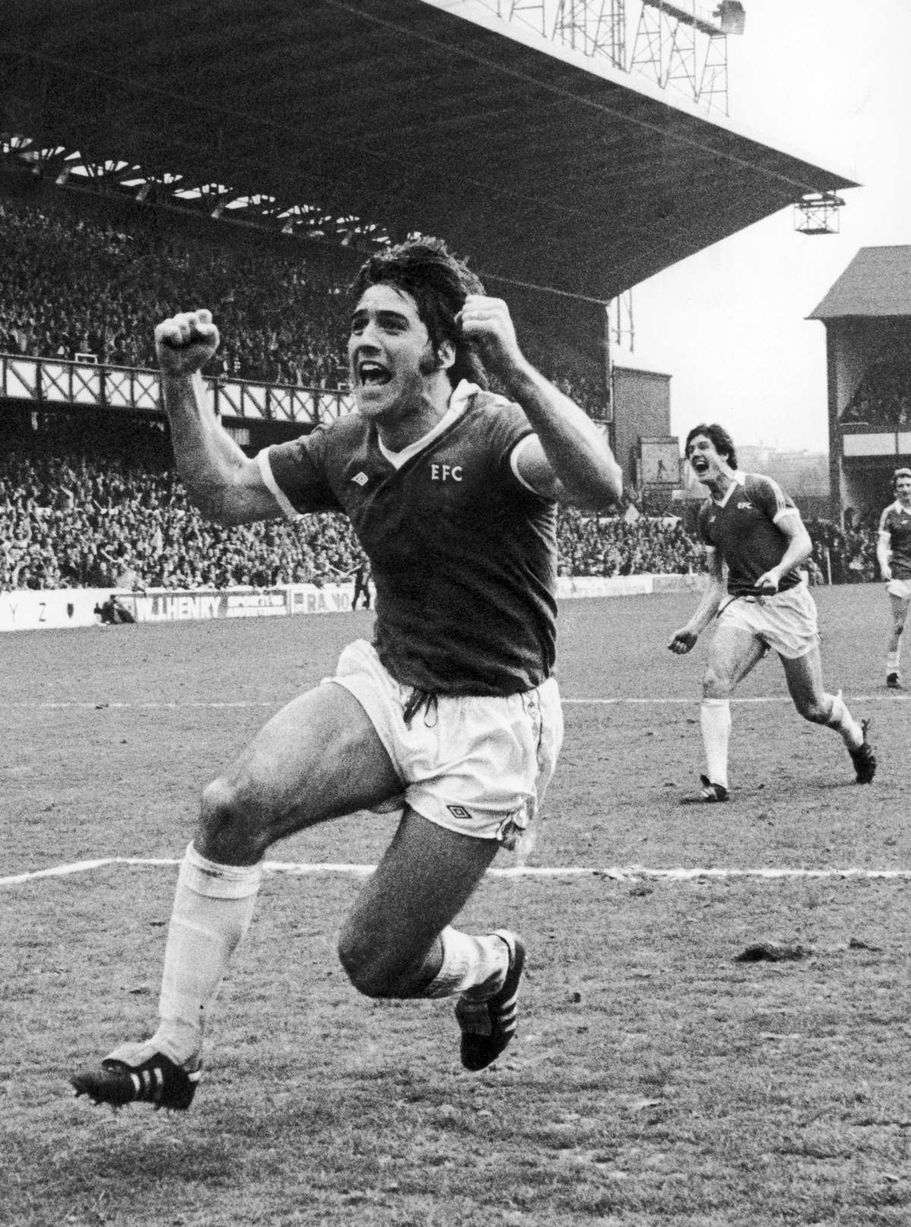 And if your club isn’t rich then you’re goaded by fans of richer clubs. Like the annual comparison of trabs on Whit Sunday (for those posh enough to get trabs at Whit – I never) when you’re ten years old, someone’s done better than someone else and boy are they gonna make the most of it.

Money isn’t the answer of course, you only have to look at the amounts splurged across the park and the little in return for it. It certainly helps but it can also become the poison from within.

This season’s Premier League has been as open as it has been for many a year and there’s doubtless many reasons why. One of them however is that there’s been an injection of cash which hasn’t levelled the field as such but has reached a point where those at the top are earning stonking amounts of cash and, well, just how much can another £50k a week motivate you when you’re earning that much?

So instead there’s many that are so precious that they have little respect for those managing them – as they’re more of an “asset” on the club’s books than the manager – and have had their ego plumped to such a degree that they’re being undone by sometimes the sheer will to win of the other teams. It’s an eco system bringing balance to itself, right until the point until they all buy galacticos in the summer and open up a fifteen point gap between fourth and fifth place next season. 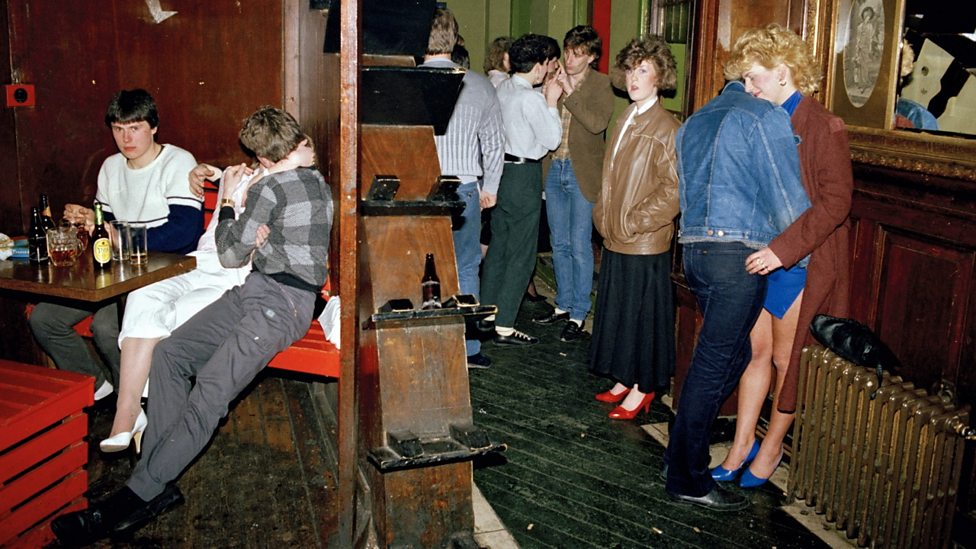 Chelsea are a good example of this crazy new world, weirdly having to fire their manager just three months into a season where they are champions. This being their greatest manager of all time who’s returned for a heralded second time too. It’s obviously ludicrous if you take a step back. To be fair to Chelsea they showed their displeasure in the games after Mourinho was bumped off at the players, it will soon be forgotten though, there’s trophies to be won and woe betide anything that gets in the way of it

The whole thing stinks and I can’t wait until the bubble not just pops but explodes.

Yet here I am writing previews that no one reads Premier League opposition every week so there’s no doubt I’m the mug. Why you so arsed?

I’m arsed because there are many hygiene, appearance and behavioural problems in the Premier League with those we face and until my last breath I’ll continue to point them out until they’re addressed.

Continuing that theme with Chelsea this week someone needs to tell Dads beyond 35 that you just look a tit with a “slim fit” replica shirt that’s hanging over your belt as you’re screaming at the linesman for waving one of your players offside.

Someone also ought to tell them that Nazism being crushed was a benefit not just to Europe but to society worldwide as a whole. Nationalism is a bit weird, fate not design meant you were born on that particular piece of rock you exited yer mar’s foof or stomach onto. 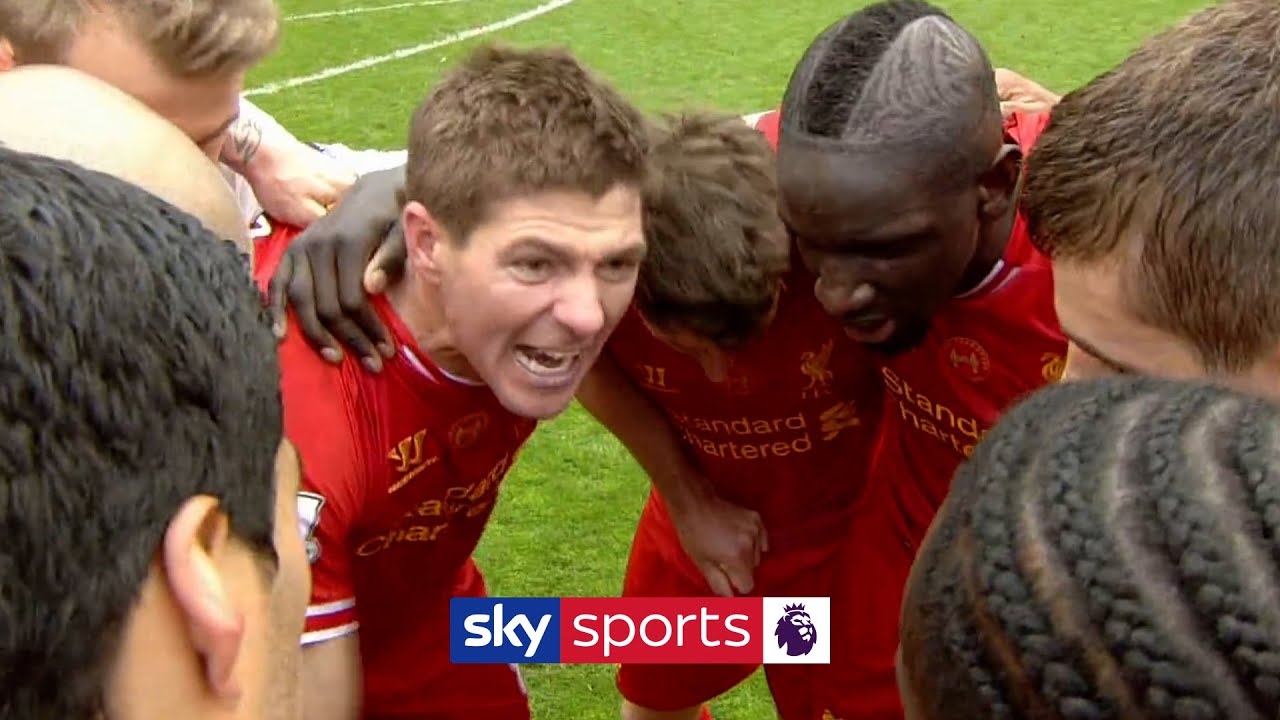 Also pipe down with the banners proclaiming your players as some form of medieval royalty. Stop perspiring, sit down and watch the game Clive you tragic excuse for a human being. No one cares that you have a timeshare in Marbella you self serving hank. And no one wears stone washed jeans any more.

Feeling all smug because your team won some trophies? It’s absolutely nothing to do with you nor have you contributed to it. Your team won them as they’re owned by a rich Russian of questionable ethics who spent more money than the rest of the competition. You’ve endured nothing to reach that crescendo, your striving and personal struggle has not been noted by absolutely anyone to do with the club. You’re just a fat pawn Clive. A fat pawn who’s been going through a mid life crisis for ten whole years. Leave the “banter” alone lad and act your age. Start by losing the replica shirt, everything starts with losing the replica shirt. You fat, tragic biff.

Anyway Chelsea are having a terrible season, in case you didn’t know about it. The poor wee lambs. In fact stand in manager Hiddink was telling the press prior to this game that he’s concerned about relegation, which is obviously a tactic to make him look good whatever happens from their personal ground zero.

We’re only four points ahead of them mind. 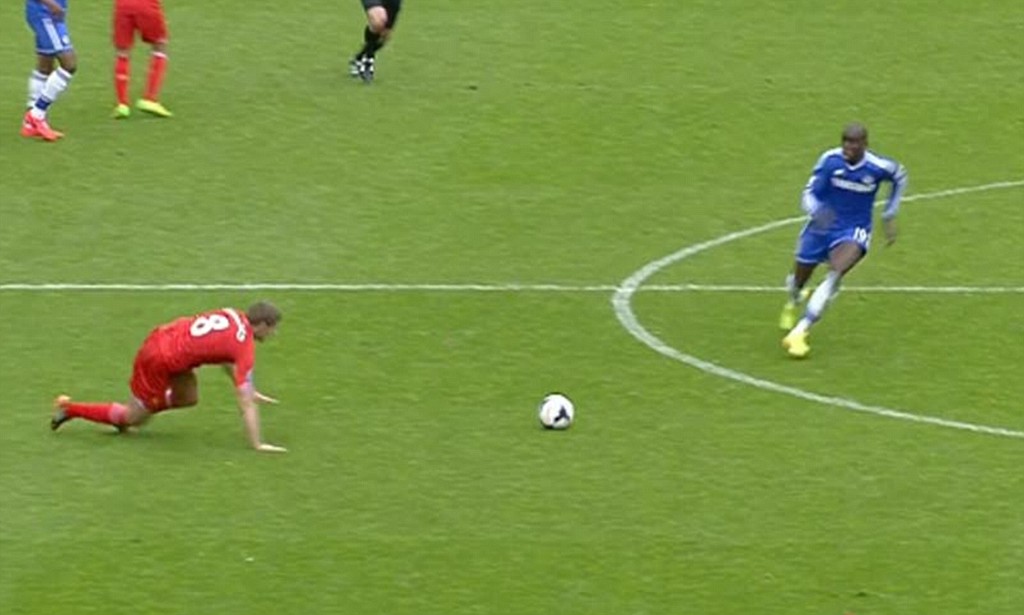 Same as City they have a load of ace players that you’re well acquainted with, so (same as City) here’s the lowdown on a selected few, with some handy clickable links:

Willian – dead edgy using a n instead of an m, all that money and looks like Bubbles (post crack) off The Wire

Fabregas – another shithouse who was first out the door on Christmas morning with the best BMX possible out of the catalogue, his mar bought him a mongoose and I feel a tit on my Falcon Pro with spokeys.

Zouma – looks like a sixth former got bored halfway through a facial sketch assignment, the Gallic George Dawes looking biff.

Found out what you needed to know? No, me neither.

Everton then. Lukaku is back at his old stomping ground and I use that in the loosest possible term as they never played him so the media will be talking of revenge and proving a point when in reality he’s not really arsed as he earned a bomb and is mates with half the Chelsea squad anyway. Barkley will play behind him and hopefully will continue a pretty solid long run of form. Welly one in from 30 yards here Ross lid.

I swerved guessing who would play wide against City due to Martinez’s unpredictability in these positions and so it proved with Osman starting out left. I reckon perm two of Lennon, Mirallas, Deulofeu and Kone here.

Midfield is looking a lot more better as we are passing our way through some seriously good midfields and making it look easy. At the heart of it all is Gareth Barry but it’s undeniable that the little Bosnian is making a very positive impact. Not only his tenacity but his continual movement which is something we’ve been lacking at times, and of course his very tidy use of the ball but not in a Welsh Xavi type five yard passes back and sideways, Besic can see a good ball forward and plays them with intent. During periods of possession and momentum it is moving the ball forward so much quicker to Barkley and out wide where we can do damage. Will be interesting to see this midfield against easier teams and also when McCarthy comes back, as a midfield two of is going to swarm the opposition like a pretty girl who’s decided to spend new year outside a German train station. 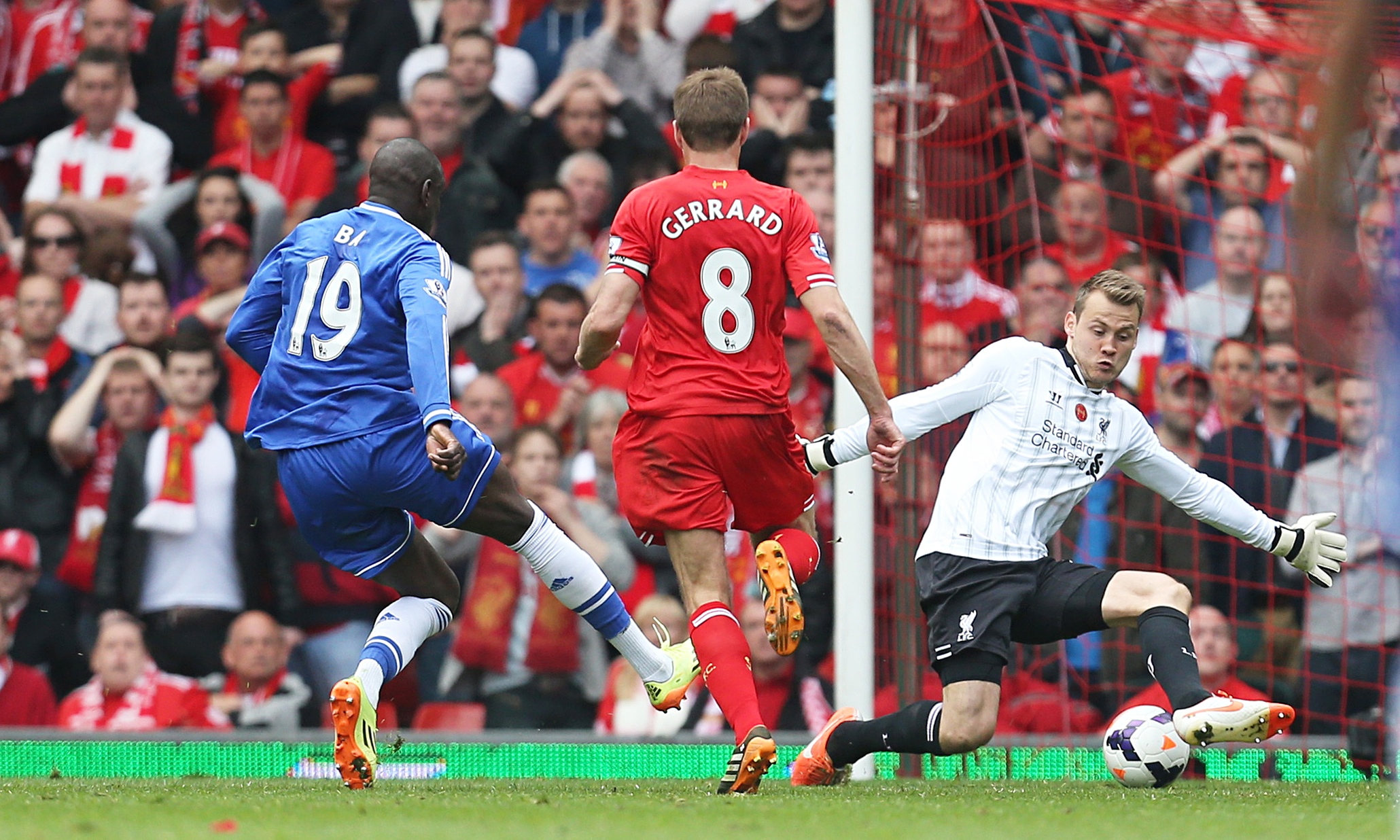 Not sure if Stones is fully fit after carrying a knock so that maybe depends on if he starts at right back or we may just leave him out to show that we could have took their forty million and still beat them. Jagielka is always a welcome return and along with Mori he was a very solid Everton central defensive pairing. More of that to come hopefully, we will need it here.

Baines has been slowly playing himself back into the form which reminds people of why we’re lucky to have him out there on the left for the best part of a decade and Tim Howard produced a really good performance, so pipe down there you going red in the face and producing much spittle at the back. Pipe right down until he punches one into his own net against Chelsea at least. 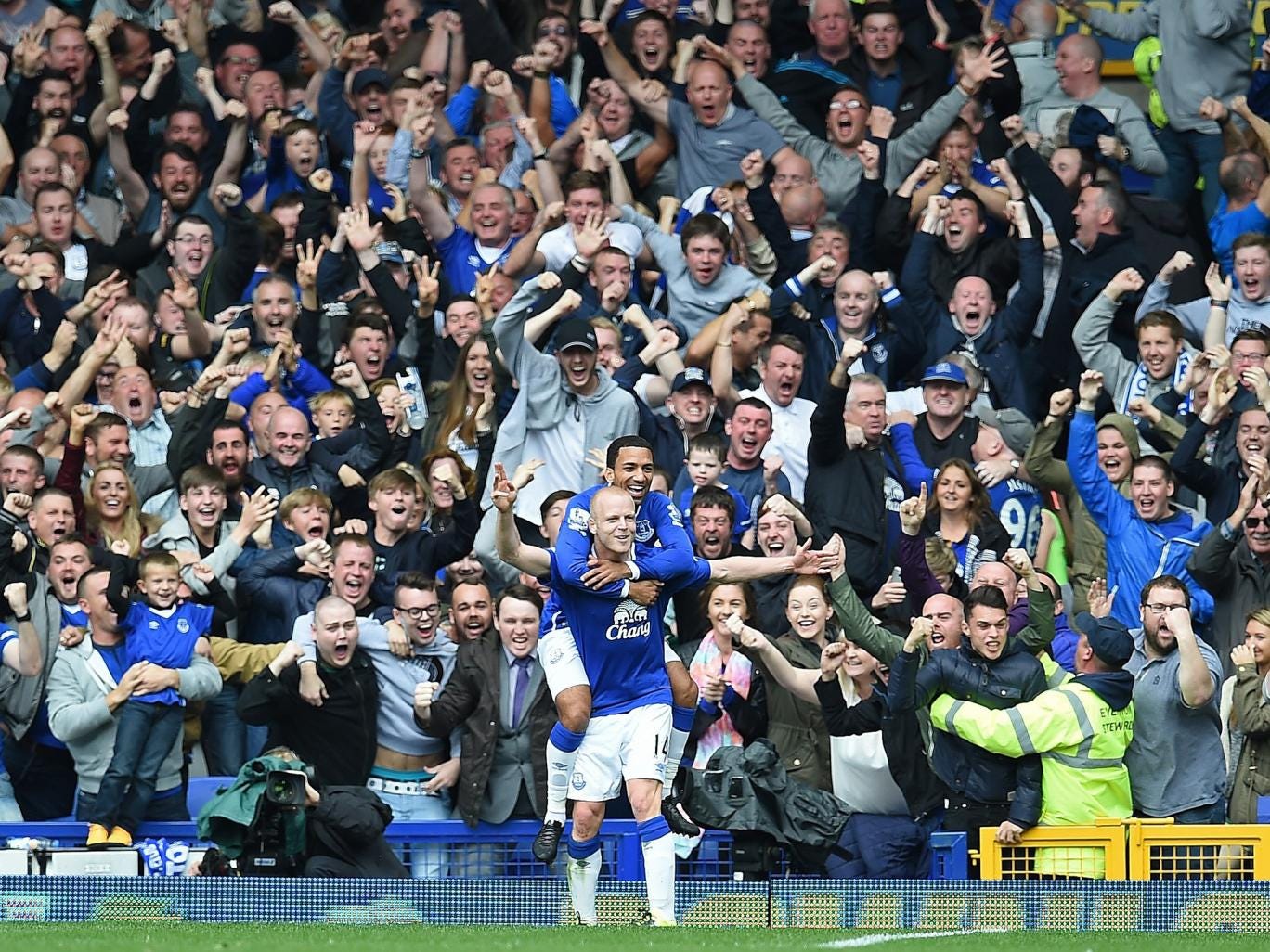 I’ve typed far too much for this so if we’ve reached this point nice one, and I’ll leave you in peace.

Right into these Everton.