Hey there.It’s been a weird old week since we last corresponded. And by corresponded I mean me writing too many words that only google robots bother to read on the internet. 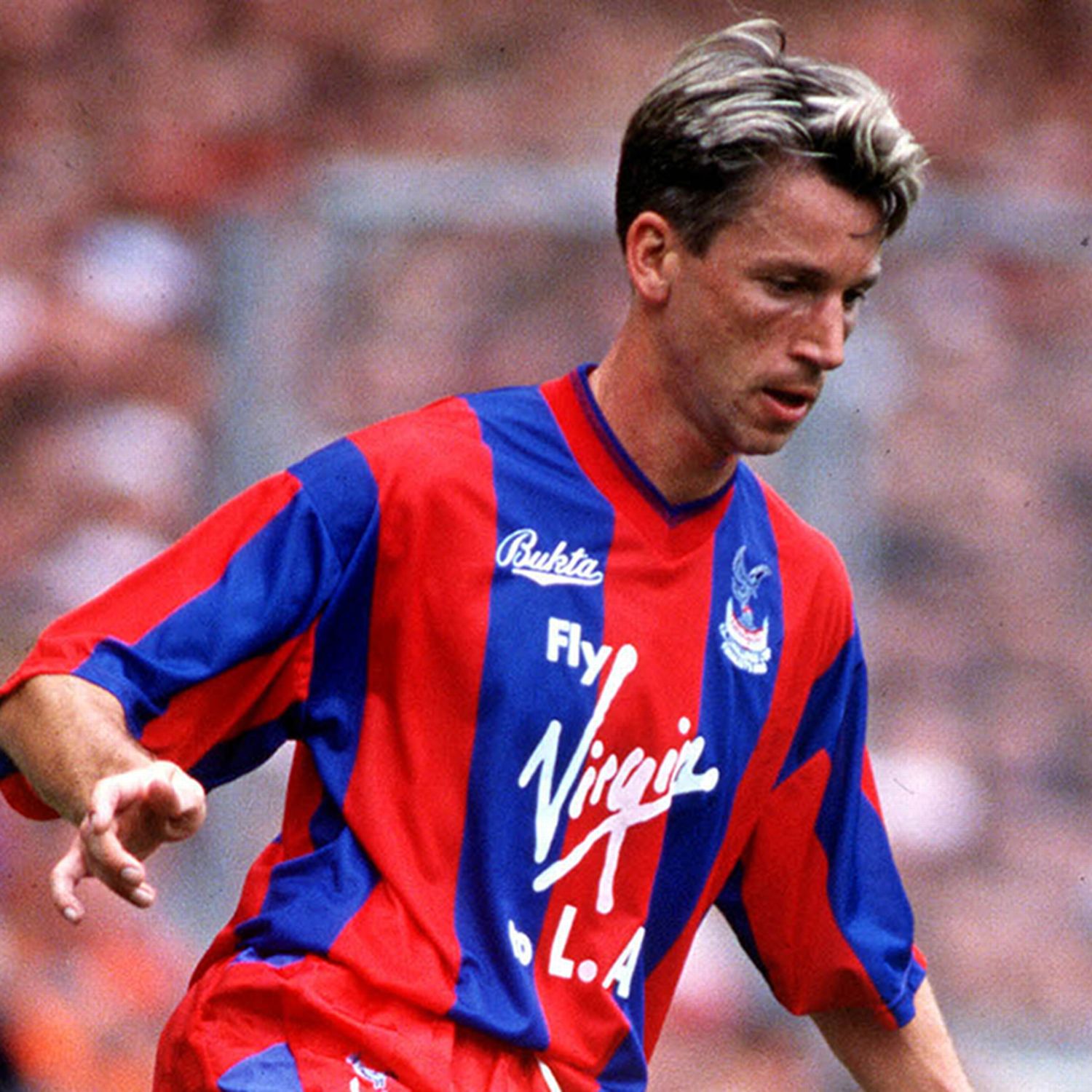 I’m sat writing this just behind a group of what seem to be bonafide Barcelona fans (not those Barca fans from the likes of the USA, Switzerland or Chesterfield) watching their team pump Valencia. One of them has just in Spanish, obviously, called their play “a celebration of football” and I had to resist the almost reflex reaction of throwing my glass at the back of his head.

They’re different to us, but then who is like us?

Before this becomes a tedious kopite like self promotion of how we’re so special – I’d rather point out that I mean it in a we are a bit weird way. There would be a good case to point out that Everton make us weird. Like taking the lead in the 95th minute and suddenly we’re on the pitch rolling round in the mud with Barkley, then by the 98th minute we’re fuming and many asking serious questions of Martinez’s minerals. It’s almost as if while the Barcelona fans are celebrating football, we’re celebrating prophecies of failure. Whatever floats your boat by the way. I’m not here to judge – your relationship with Everton is about you and the blues. Sometimes quite literally. 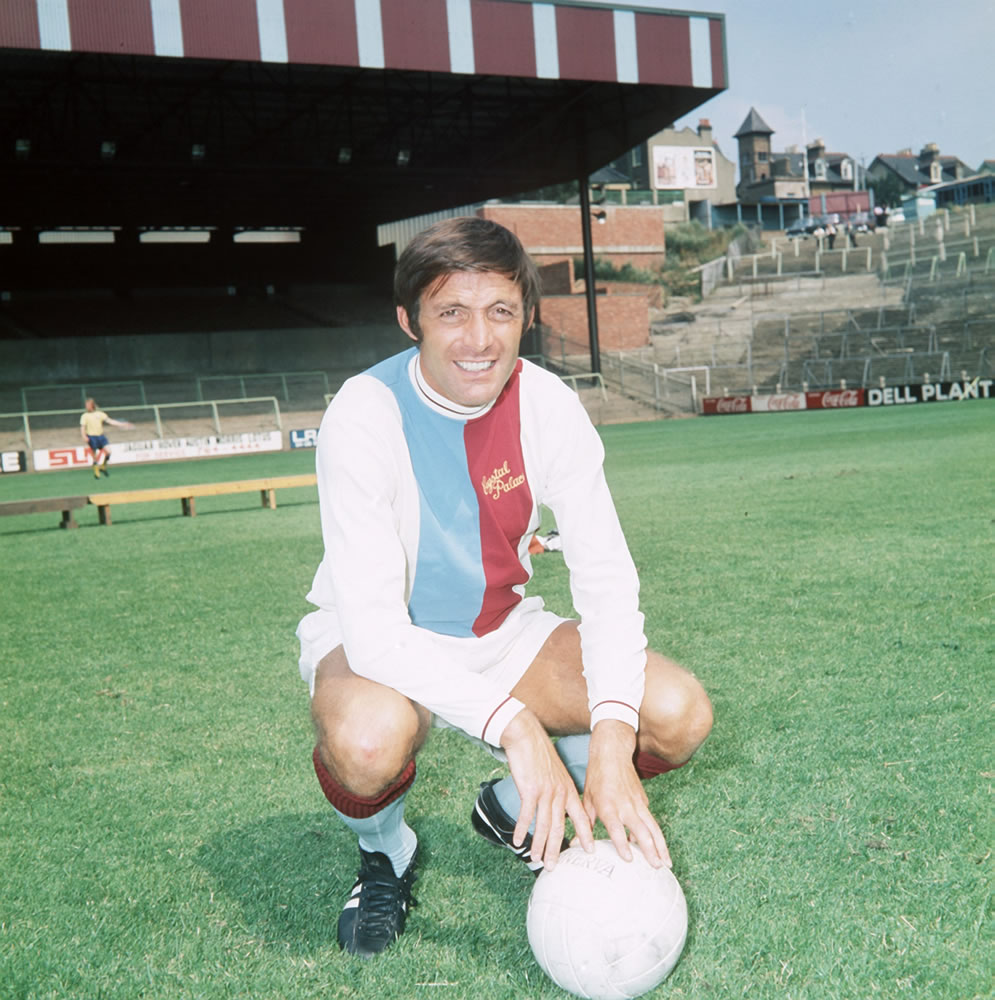 The Bournemouth happening could be construed in different ways, depending on your viewpoint. It could show that this is a young team after all and these things happen. I think the Soccer AM beauts called it “game management” or something. The Bournemouth result could also conclude for many that it’s a sign of the distance we got to go. As with all the pointless debates and polarisation of opinion that we do enjoy – it is only history who can judge who was right or wrong.

Middlesbrough was a solid away cup tie performance but it’s prudent not to read too much into it as they are another club in the division below us and with the strong team put out we’d hope to beat them. Wish we’d stop dropping ten yards deeper in the second half though, it’s a bit Moyes. Job done though and we not one but two semi finals to look forward to – no doubt right about the point Man City get their act together. There’s that weird involuntary foreboding of doom again.

Hang on Santa Mina just equalised for Valencia, get in. I just give out a wee ‘goooooooooool’ and winked at the most bearded one when he turned around to find its source. 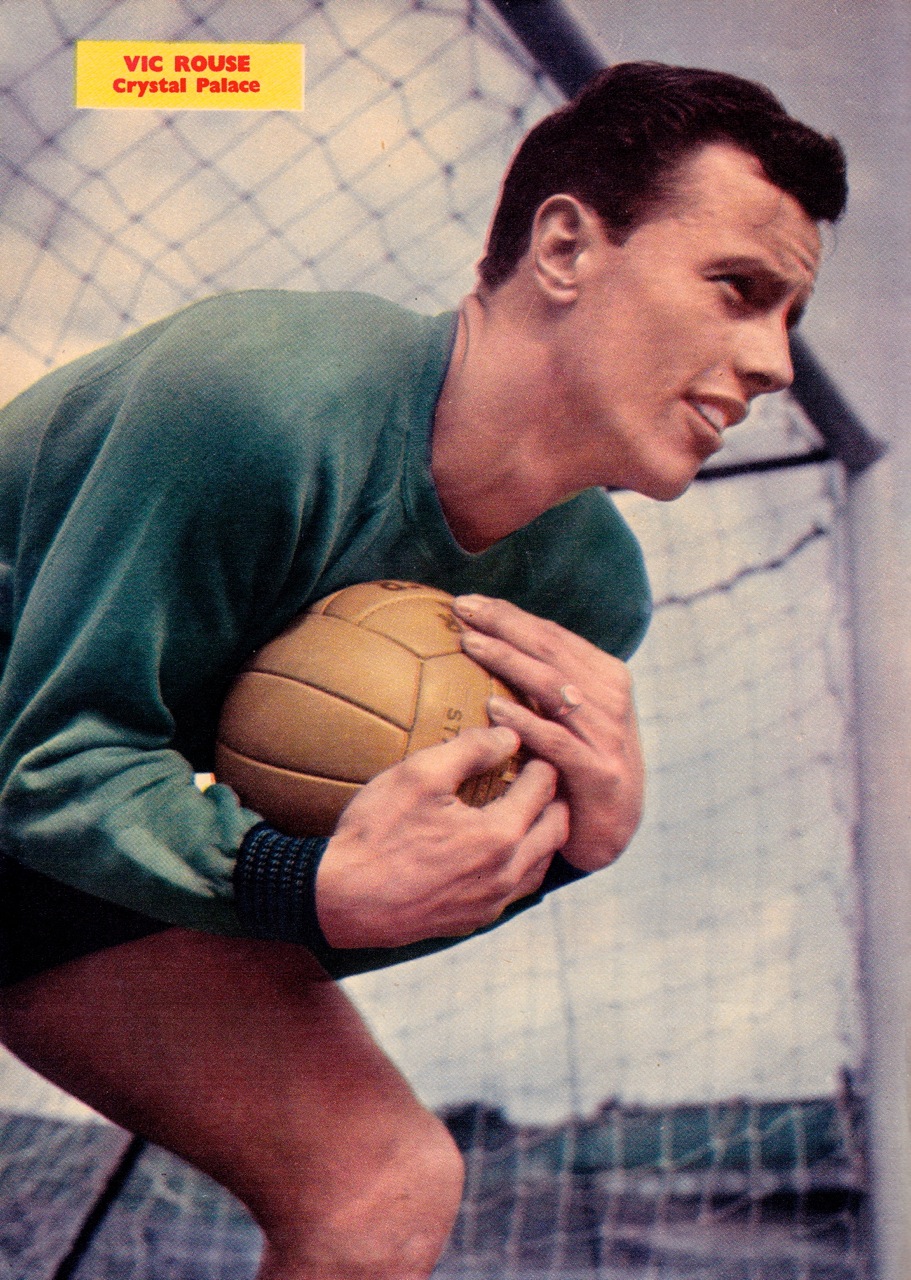 Which leads us not at all onto Monday evening’s game against Crystal Palace. To their credit it is a tie that we won’t be particularly going into with confidence of a win, thanks to the decent team they’re putting together in the Premier League and also thanks to consecutive 3-2 dips against at Goodison in the past two seasons.

We should beat them though and no mistake.

As usual it’s a difficult preview when you play a team where you are almost ambivalent towards them. It doesn’t stir any sort of emotions of feelings in you, particularly ones of disgust which urges you on to call their kids scruffy and label their town or city on a comparable level of Mogadishu for modern urban living.

A big reason for this is because most of the Palace fans you are all round good eggs who have a feeling for what a 3pm game of football is about. They’ve known the cruel mistress of pain and appreciate when good things happen which is what is going on with them right now. Sure, they may be trying a little too hard to act like Turkish ultras – minus the arse stabbing – for home games with non stop singing and banners and assorted other tripe but it seems to be done in the spirit of “it’s really crap where we live and this match is costing me too much money so let’s do something, anything, to distract us from having to be in the office at 9am tomorrow and having the deep rooted feelings of despair and self loathing while rolling off my plumped wife and thinking of the young and old genre on Xhamster which I am super careful to make sure is viewed on Chrome incognito with one ear home wedged in and volume tested for leakage while the other ear scans every floorboard for sounds of movement”.

Alan Pardew however does need addressing. The clapped-out-sofa-lipped cockspanner is one utter ted. Currently going through the longest record mid life crisis in human male history he sneers his way through a profession full of texans and manages to come up trumps as king of all known texans. 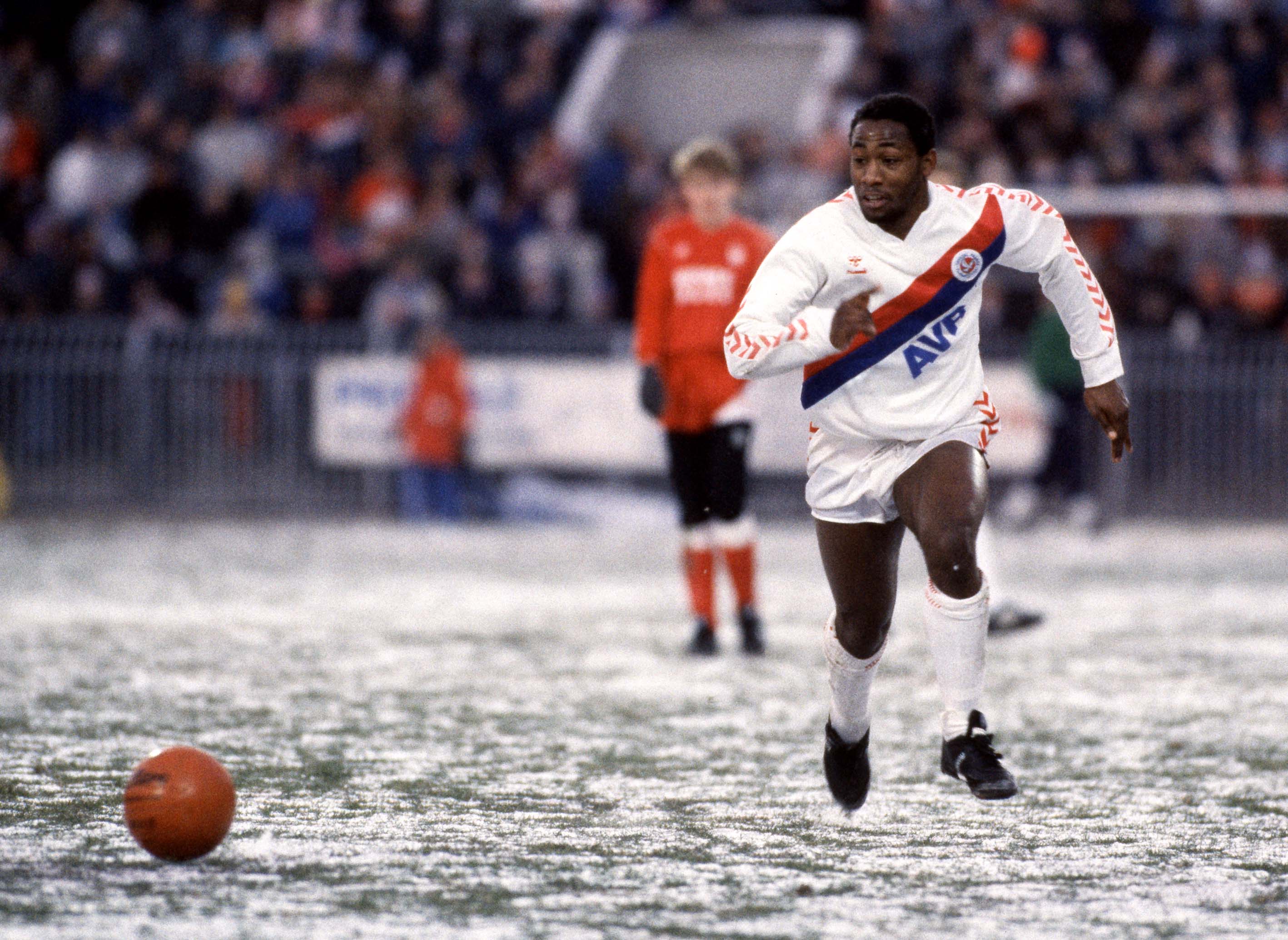 It was almost ten years to the day where he was waxing lyrical about Goodison witnessing a footballing spectacle from a crap West Ham team and since then he’s gone onto produce a list of continual bell behaviou. Please oh universe, you delivered unto Charlie Sheen, why not Alan Pardew too?

I don’t think that FIFA Career Mode let’s you sign Cabaye as Crystal Palace but in the real world they managed to pull it off and quite the coup it is too as he’s a fine footballer. Central to a lot of their proficiency in the final third of the pitch, they are a versatile team with good strength and athleticism but can play a bit too. Sadly they’re suited to away games where their counter attacking prowess will be many the downfall of a meek team this season, and hopefully for them: beyond.

Up front they have the option of gypsy haired Chamakh but will probably plump for Wickham as the central target man who will hold the ball up and play a fast paced and aggressive three behind him including the likes of superbly inconsistent Bolasie, and Jason Puncheon. It just works. Alleged troubler of Miss Moyes Zaha is suspended for this game.

Depending if they play Cabaye in more advanced role you may see either him or Jedinak sitting deep, alongside McArthur who gets through a lot of hard work for them. Dann and Delaney should provide a competitive central defence who won’t give away too much in the air on crosses, Ward and Soure as full backs and Hennessey in goal who looks like he’s drank a bottle of his namesake and woke up in a shop doorway.

There’s your Palace and as usual we should give a nod of thanks for the tremendous 3-3 they produced against Liverpool a couple of seasons ago. Don’t worry we’ll keep the memory alive for you. Pardew also scored in a semi final and put them out in the early nineties too I think. Now I realise why I don’t mind Palace. 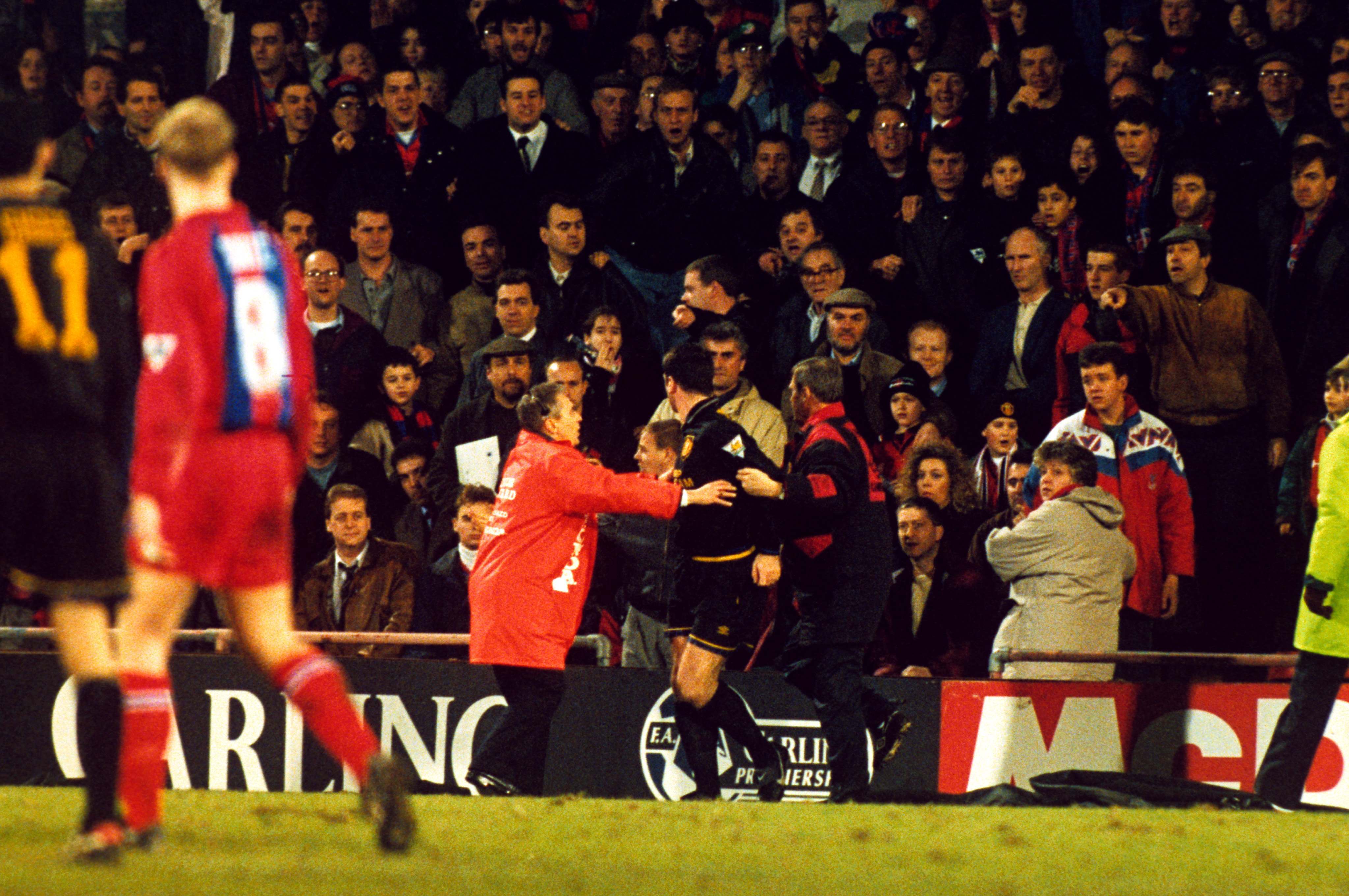 Can’t see too many surprises in the Everton line up so you’re going to see the very enjoyable Romelu Lukaku up front looking for balls played behind a bit too static Dann and Delaney, what more can be said? He scores goals.

Barkley will start behind Lukaku and probably Kone and Deulofeu who has the biggest collective Evertonian crush on him in a very, very long time. Some players just get our weirdness and embrace it. Long may he destroy left hand side and where oh where did he get that killer ball from? 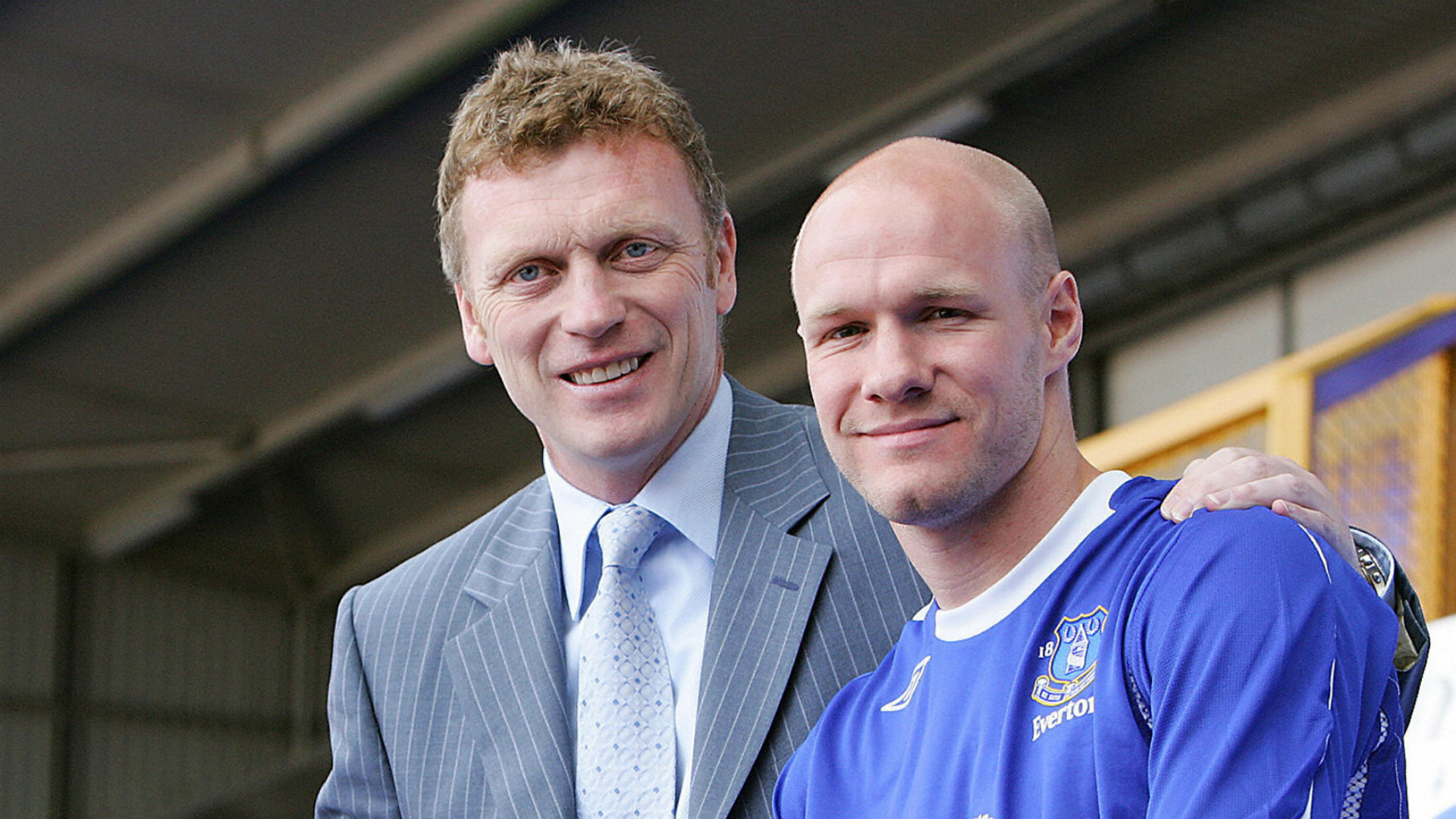 How long is McCarthy out for? Will be a miss that even though he’s not having his finest season. Not sure what the answer is in the middle but Martinez seems to prefer Cleverley there and who am I to argue? Barry will play alongside whoever it is.

Stones and Mori may be young but are more than a competent pairing and developing an understanding game by game, complimenting each other nicely as Mori is no stranger to lashing a dangerous ball into the stands while Stones just continues to look like a defender who will play central defence football better than most in the world for the next ten years. We should enjoy him. Coleman and probably Galloway will start for this as the latter brings more height which will be useful against Palace on set pieces. Baines needs to be starting as soon as he’s sharp though – he’s one fine player and will deliver a threat from the left that we are missing.

Tim Howard in the nets but reassuring to see Robles getting by being more than sturdy, sooner rather than later it’s a position that needs something good to happen in it if this team are to step up a level or two.

Hopefully some lessons other than “don’t [Poor language removed] the intense lad with the beard at the work Christmas party” have hopefully been learned in the last week as this young team keeps exploring itself.

Is it too naive to do something special this season? Probably aye. Should we sweat about it going to pieces and other teams snapping them up? A bit pointless really – I’m sure there’s more to sweat in your life.

Enjoyable to watch though.

The Barcelona fans are now watching a rerun of the Madrid game today and deeply upset about Real Madrid’s two early goals and therefore ordering sambuca while the least bearded one tries to put ice down the back of one of his mate’s kecks. Maybe we’re not so different after all. Maybe it’s just that we are all a bit weird.

Here’s to a happy end to a weird week, strut your stuff blues.