By Elliott Bretland
In Everton NewsEverton Opinion
5 years ago

Which Everton players should be let go? 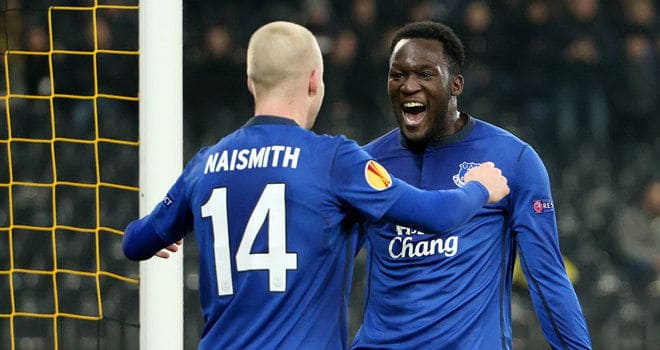 Injuries have restricted Kone to a handful of cameos since signing in the summer of 2013.

The brunt of much criticism having joined from relegated Wigan, Kone changed opinion this season with some impressive hold up play which aided the Toffees in the final third and also found the net against Newcastle.

The Ivory Coast striker turns 32 in November and will be hoping for an injury-free season in a bid to prove his true ability to the Everton support.

VERDICT: KEEP – Bought for £6million, Kone has genuine quality and will be desperate to repay the faith Everton have shown in him.

Over 100 career goals by the age of 22, Lukaku knows where the goal is. The Belgian scored his 20th of the campaign against West Ham – a feat many Everton strikers during the Premier League era have been unable to achieve.

Lukaku’s goals are worth their weight in gold and, while his all-round game still needs much improvement, the £28million Everton paid for his services will be justified should the striker continue to notch 20 a season in the years to come.

VERDICT: KEEP – Still very raw, Lukaku scores goals and will go on to become one of the best strikers in Europe… and he belongs to Everton. It will be a huge backwards step for the club if he leaves anytime soon.

Given the chance to show what he can do in his preferred central position having been deployed out wide by David Moyes, Naismith was a shining light during the dark opening stages of the season and regularly found the net.

The Scot’s performances ensured a place in the starting XI week in, week out. However, as Martinez chopped and changed his side, the former Rangers man has gone off the boil in recent months.

Despite his form dipping recently, Naismith has an incredible work-rate, great desire for the ball and runs himself into the ground.

VERDICT: KEEP – Naismith is still an important member of the squad. Whether he is good enough for a club striving for the top four is another question.