Oh Everton, what you do to my heart? By the fourth defeat in four I have a weird apathy – maybe it’s locked deep in my psyche from experience in the nineties. A coping mechanism lying deep and dormant like something off War Of The Worlds.

Or maybe I’m just a tit writing reactionary guff on the internet? 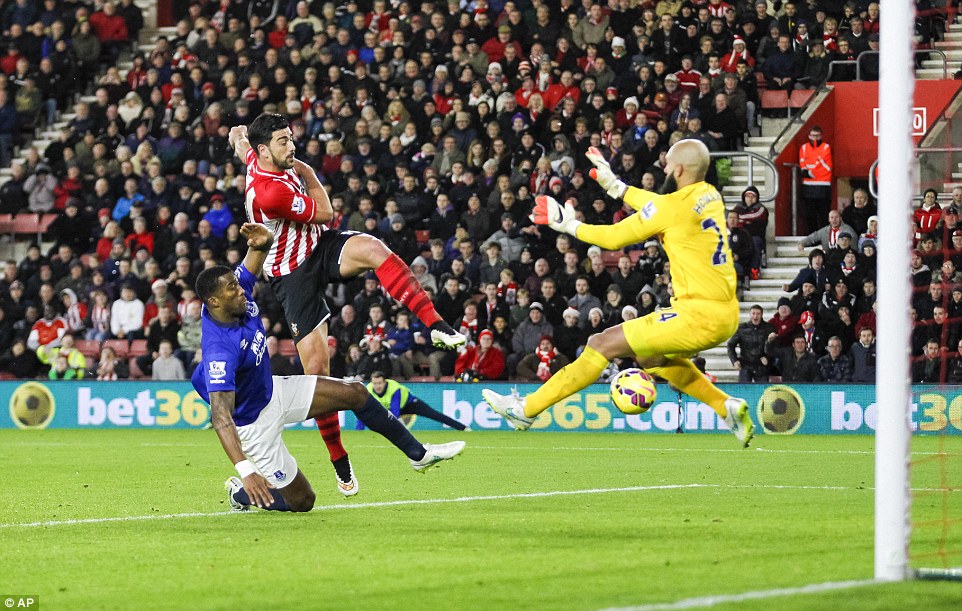 Anyway it’s our fourth installment of knives out and post match rage and it’s patronizing to have your opinion and shout down others for theirs.  So what’s what I’m about to do in a roundabout way. Thing is – everyone’s upset about the same thing. Mainly Everton being rubbish.

Many will write blogs and stuff on how to get the way out of it, some of those will include getting rid of the manager but I’d personally exercise caution on that as it’s not a policy which often pays sustainable dividends. More of that in a wee bit.

Whether it’s a change of personnel or system, getting a few inspired signings in this January window or taking the players paintballing and for too many Coronas afterwards that’s for Martinez and his management team to work out. Or Kenwright if things do get very serious indeed.

What shouldn’t be overlooked is what a load of the players are doing right now. There’s some utter shithouse performances in dat der royal blue shert lar. Only a few are standing up – and I’ll name check Naismith and Baines in that. Even Barkley is having a go, even if it’s not coming off. I’m sure it will soon enough.

There is however a whole shitshow of inept and half arsed performances on the field game after game. It’s absolutely human to be prone to poor periods of form and motivation but ask yourself how many of them are really having a go?

I try and swerve internet chit chat about losing the dressing room and playing to spite their manager as it’s usual horse shit. But they shouldn’t be let off when the Martinez’s personal Rome is falling around him. He bought many of them. Nyarko would get a game in this midfield.

Speaking of which, at least in times of Nyarko the problems stemmed from a lack of talent in the squad, not exclusively effort. This is a talented Everton squad as we’ve had for quite some time, their application is sadly lacking. Sort it out you shithouses.

On saying that Martinez has a lot of stuff to do himself right now like sacking off faith in players who are clearly in a dog moment of form. Playing players in a preferred and effective system, and more importantly in the right positions is something that would hopefully work, but certainly would stop a fanbase becoming disillusioned with his methods. Not that the fans should ever manage by proxy. Poll for who should start the match and all that tripe. You’re not that important lid, you’re a fat meff watching the match on a stream. Person typing these words included.

Any successful industry leader will happily tell you about learning twice as much in times of under performance and peril. It provokes introspective thought and then new strategy and approach. Maybe three at the back wasn’t the new strategy we needed, but it shows things are being pondered and changed. Even if Barkley or Eto’o do start on the wing again I’m likely to harm any small creature within kicking distance. On proof reading this it sounded like a defence of him, it wasn’t intended to be that way. I’m fuming with him as much as the players, but they’re both to blame. Not just one of them.

It’s the same blindspots used against managers by fans throughout the course of our club, same as any really. Moyes and his rigid 4-5-1. Bring a Hibbert on chasing the game against Spurs. Walter Smith and his five at the back and central defenders in midfield. Mike Walker (and sadly that’s the team that reminds me of this one for the past few weeks) and his rolling out from the keeper.

The reality is that chopping and changing managers doesn’t really deliver a progressive club. Just short term fixes if you’re lucky. Stability is the bedfellow of sustainability for a club that doesn’t have the money to really achieve what it aspires to. Nor that we should accept this as our lot, we’re better than that.

We still rue Royle swerving things too early but there was a sequence of results and ill feeling similar to now. Martinez has some money in the bank with us due to last season. This is a horrible period to be an Evertonian but we’re not being cast adrift in the the bottom three just yet. Maybe when we are I’ll be calling for urgent change too.

But not now. Let’s give more than four games for that introspection to hopefully inspire some positive change. A high league position is a write off so what’s the rush? Well, apart from not getting relegated like. Alright, conceded. Do you see Sherwood or Neil Lennon putting Young Boys Bern to bed next month? Pun probably intended.

Hasty businesses make hasty decisions out of panic and pressure. The best ones have strategy that looks beyond the first month, or year. Four defeats doth not a season make, Moyes’ teams were not stranger to being sat above the relegation zone for some periods. Get that Owen Coyle in. Changing a manager in the middle of the season is not the best cherry picking ground as most of the managers available have been fired themselves in recent history and therefore available. And successful managers you want to poach seldom leave their successful team half way through a season.

Martinez has to rally himself and a lot of players. That’s the size of it. If he’s not capable of it then he’ll be took away from the wheel of the sometimes ace ship Everton. But in the meantime they’ll need your support and snarling hostility towards West Ham on Tuesday. That same snarling hostility as generations of disgruntled half cut blues have done for a hundred years before us.

No banners with gothic text. No meeting the home coach with flares. Just Everton doing Everton. Whatever that is.