You could almost forget that a couple of games ago it was widely considered the season was over. Then Everton got pumping the clutch again and started finding the higher gears. When that beautiful Everton find these gears its enough to make your heart go whooooaaaahh, as you well know by now. Hopefully. 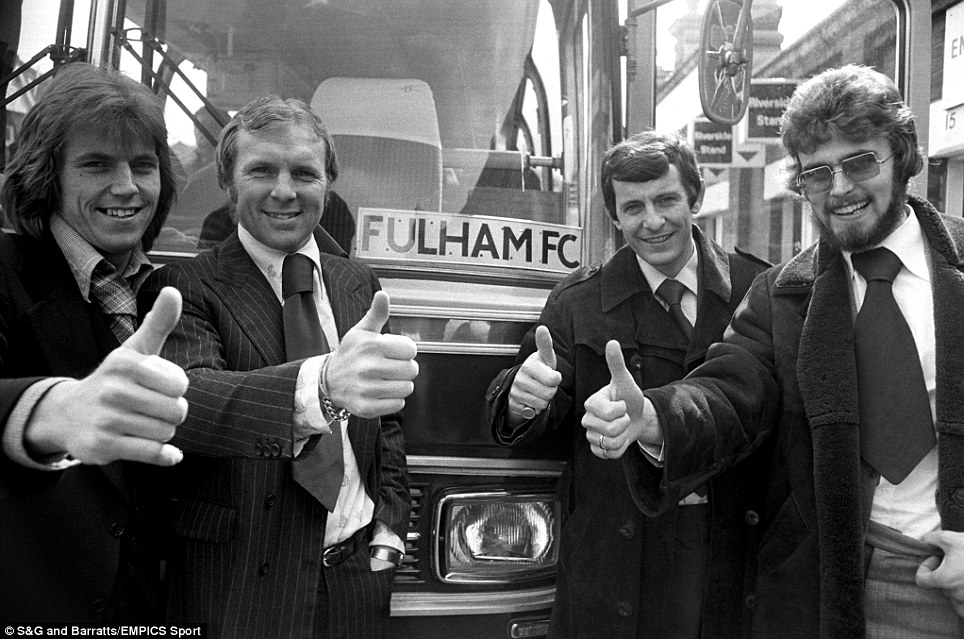 Its still a massive ask to reign in one of the top four, or as the media now commonly agree on: Arsenal. We probably won’t but we will give it a go and as we are there giving it our go it should all help secure hopefully at least some European togger next season – no matter the competition. We are not ones to turn our noses up at such things.

Building up pressure on this Everton and the previous generation Everton has resulted in an anxiety that pertains to shoot us in the foot. So we might as well enjoy the ride and leave the sweating to others. Although its funny to watch the almost painful lengths the other lot are going across the park to showing that they’re totally not arsed and are cool about being up there at the business end of the season. Both Merseyside clubs are having a good season, no need to sweat it.

Speaking of which there’s stories awash this week for both clubs. Aside from the toe curling pandering to them in the media it was announced that there is to be built a Bill Shankly hotel. Never under estimate their propensity for over indulgence in the self-congratulation sector. Our manager also announced that we would be building rooms at our Finch Farm for the players to stop over in, presumably when they´re on ovies.

Now am I the only person seeing this? Never would there be a better opportunity for a joint venture: build the Bill Shankly Hotel at our very own training ground, after all its documented by Mr Shankly himself that he was made more welcome at Everton’s training ground than at his own club during the late part of the seventies.

Hopefully Joe Anderson is reading this and has the appropriate sense of opportunity as I do. I was going to make a quip about exhuming the great manager to be the centre piece of this new hotel – Lenin style – and inviting Norwegians to the hotel to discuss them finishing seventh/signing Phil Babb just to test to see if his mounted sarcophagus would rotate ever so slightly, but deemed that a bit too distasteful.

Onto the game then?

We can’t go forward without looking ever so slightly backwards, and it was one of the best results of the season with a 3-0 away win against the comedy jarg Scots. While all the focus has been on the three goals and Barkley’s slalom type goal it was the defensive solidarity and brutal counter attacking that pleased me most. Newcastle – same as Swansea before them – did put us under pressure but we seldom looked like conceding as Everton defended well as a unit. Plus they cut John Stones and everyone knows that if you make John Stones bleed then John Stones will not let you score.

So it’s a visit to the bottom club of the division this fair Sunday as we travel to the metropolis of hipster down by the West London Thames in Fulham. Before there’s too much rubbing of hands, its as much a hindrance playing a team scrapping for their lives as a top team at this particular stage of the season.

Enough of that token humility though, we should comfortably tonk these; they´re absolute crud.

Martin Jol has been sent packing and in his place is an apparently highly esteemed German Manager called Felix Magath who sounds like a Chinese call-centre trying to pronounce an Irish name, frustratingly for that particular customer, over the phone.

His introduction hasn´t gone to plan as Fulham have largely continued to be crud after his arrival which both leaves Fulham rooted to the foot of the table and some fat suit in the LMA executive office sucking air through his teeth and smiling with his eyes every time he turns to the page 319 league table on Ceefax.

If you want to witness a collection of Fulham fans numbering more than twenty in the same place then you have to go to actual Fulham as they are renown to travel even poorer than Guinness. Felix MacGrath. They are however one of the less offensive set of fans who have been sufficiently piped down from the days where they thought Mr Harrods was going to do a modern day City or Chelsea with them. With Big Mo instead preferring to spend his money making friends with Michael Jackson and assorted other weirdos, but Fulham to sustain themselves in the top division which is no mean feat.

Expect boating shoes, strawberry Rekorderlig over ice and jumper over the shoulder while talking on a white iPhone. Welcome to how the other half live if yer dar wasn’t working on the sites and yer mar wouldn’t have had you at twenty years old, apparently. The tory voting plums.

Who they got playing for them? Let me consult various trusted news sources and pass it off as though I have at least a micron of a clue.

Berbatov has moved on leaving one time Premier League hot-shot Darren Bent there for ace goals that don’t seem to come no more. Behind them you have the busy Steve Sidwell and on loan Diarra once of Real Madrid.

If this was 2007 and your arse would be gone at facing these. Thankfully its seven years later and every single one of them is a shadow of the player they once where. It fills us with as much dread as they used to encounter when facing Gascoigne and Ginola wearing an Everton shirt. In fact if I recall correctly, I distinctively remember these smelly posh bastards looking down their nose at us when they had such galacticos are Luis Boa Morte and Steed Malbranque. Or maybe that’s merely me being a tit with uncalled for un-needed partisanship.

I don’t really recognise many more of their players which rather than patronising the opposition should really shame me for a half arsed approach to other teams and football in general. Its just that much harder to know other player of teams once you stop collecting Panini stickers. Is that bird muck on Dale Gordon’s head?

Heitinga is playing at centre back for them so using our inside special knowledge we know that the pace and power of Lukaku is a problem for him, but no bad feelings on Johnny. He was ace for a season and a half – its just when you start talking up a move to Barcelona when you are in form it doesn’t really wash with Everton fans. That shoulder barge for Ashley Cole’s missed pen will forever score him positives in my book though. Haangleand was boss and will partner him. The worlds most embarrassed ginger Riise is a full back and Stockdale is in goal. I can now see why they are where they are.

Not that my words will mean anything to them but I hope they stay up if not to preserve a decent away day but to maintain lesser annoying opposition fans in the Premier League against the army of quegs that are waiting in the wings to come up.

You’re here for Everton though right?

Lukaku owns the front post. When he makes a run towards that front post then it’s a goal, simple as. He’s looking a bit more confident which can only be a good thing for us. For the next eight games anyhow. The performances of both Deulofeu and Osman have left Martinez a bit of a problem here. They looked quite lovely away from home, but you have McGeady, Mirallas and not this game but soon Pienaar waiting to come in. My thinking is that we will be seeing a lot more of the ball in the opposition half than against Newcastle so you´re going to need someone accordingly to unlock it. In fact sack it, Martinez can decide. Barkley best start though because he so super.

Just a word on that. The goal wasn’t quite Maradona but it was a terrific Everton moment as there’s nothing quite like seeing one of your own do it in royal blue, they’re living all our dreams. He’s playing back into form and is a formidable player to have particularly in the system we play. My favourite bit though was the shushing he gave to all the tosspot’s behind the home goal in his celebration. Piped down all of them. Everton that.

McCarthy and Barry are very rarely gonna give you a less than seven out of ten game nor concede the midfield battle. It works particularly well when you’re under pressure but we will have to see McCarthy influence further up the pitch for a game like this. They’re gonna have Sidwell bouncing around them like an insecure ginger weapon so hopefully they´ll have too much about them to allow carrot top to get a foot in.

The manager also has a ‘welcome’ problem at the back. John Stones really is that good already that I get a slight twinge at leaving him out to accommodate our returning England centre back. His calmness and passing on the ball from the back fits excellently in the current Everton. And that when those stitches are took out he would be able to pretend he done some bare knuckle boxing against some gypsies on a teenage caravan holiday to Bournemouth to impress the office junior in his latest job, except that he can´t do that as he’s a Premier League footballer and people will point out he got it bravely defending a cross. Were going to be seeing lots of more of him in the years ahead so I suppose I should not get greedy and wish him some rest to consolidate what’s learned in the past four games.

Baines misses Pienaar but is still too stylish for most team’s right flanks on his own and its interesting to see that Deulofeu and Mirallas have been on at him to join their Duran Duran hair clique. Suits you Leighton but your mates are gonna buzz off you when you walk in The Falcon on a Sunday seeing it for the first time. Coleman is starting to get into Gary Stevens territory in terms of rightbacksIlove.xls that’s saved on my desktop. Howard in goal.

Winning games makes the previews easy to write, you can just open your heart and say loads of lovely and possibly cringeworthy things about Everton but you´re not arsed because you´re in love. You’ll even brazenly hold hands with Everton walking through town on Saturday afternoon and not care who sees you. Maybe even some light necking outside Paradise Bus Station.

Everton making you want to finger them is one of the more potent loves in the universe. Don’t forget they make your heart go whoah, and who else could make you sing as loud as you can in front of a bunch of other lads? Never mind hug a total stranger. Well, unless you’re on the garys of the early nineties. Maybe then.

Anyway what I´m trying to say is; into these blues