Everton that, all over really. Well what was you expecting?

The hordes packed into Goodison for a Boxing Day feast and those beautiful boys in royal blue put in a retro performance of hard luck and no points. Still, we were getting too comfy with a boss Everton so that was a timely piping down.

Were still in an ace position in the league approaching this the half way mark of the entire season so the rest is up to us in one of the most open leagues at the top and bottom for quite some time. Its like both have split into two mini leagues but were going to University and not the Polytechnic.

A second home game three days later gives you a quick chance to start hopefully what will be another unbeaten run at home but deep down in the recesses of your mind you know that its written in the wind that Southampton will turn us over now too. Ev-er-ton.

There are no excuses for Boxing Day it was just another game ruining rule from FIFA that the referee had to enforce after Osmanâ€™s muck up. Still saying that we did take the game to Southampton despite the personnel deficit and on most days we would have got something from it. Their keeper being in inspired form didnâ€™t help but at the end it wasnâ€™t to be, turn and face blues. Hang on; did we check if that referee was from Greater Sunderland?

Next up its another team in red and white stripes and one who have had a good season so far themselves in Southampton. After a poor run of games lately that seen them drop their tails are up again after putting the final nail in a managers coffin for Malky Mackay as Cardiffâ€™s megalomaniac owner continues his collision course with the capital of Wales. No sympathy there like â€“ anything less than setting their own stadium on fire after having their whole identity changed is a poor reflection on a fanbase too desperate for success.

So Southampton â€“ what can we gather about them? Well a good place to start is where theyâ€™re from and their fans and this particularly previewer is sad to report back that the big ship Bellwipe has sailed into their particular port â€“ complete with extra Soccer AM wacky and Stone Island beaut wannabe â€“ and set up in the city. Theyâ€™ve become a very parody for all thatâ€™s wrong with modern Premier League football and fans.

A shame as they used to be ok. A generic grey civic centre and dull place to live but a tit count that was just under par for the country. A rich new owner and the Premier League â€œproductâ€ hitting their shores has transformed them to the point where my toes curled flat against the top of my feet after being unfortunate enough to sit by them in the Park End for the corresponding fixture last season. Full of poor trabbed meffs and scruffy young adults trying far too hard to engage in the banter thing and front an entire stand of home fans whilst in the comfort of their police protected away end. Oh blimey youâ€™re hard. Before ducking low and meekly manoeuvring away from the stadium at the final whistle. 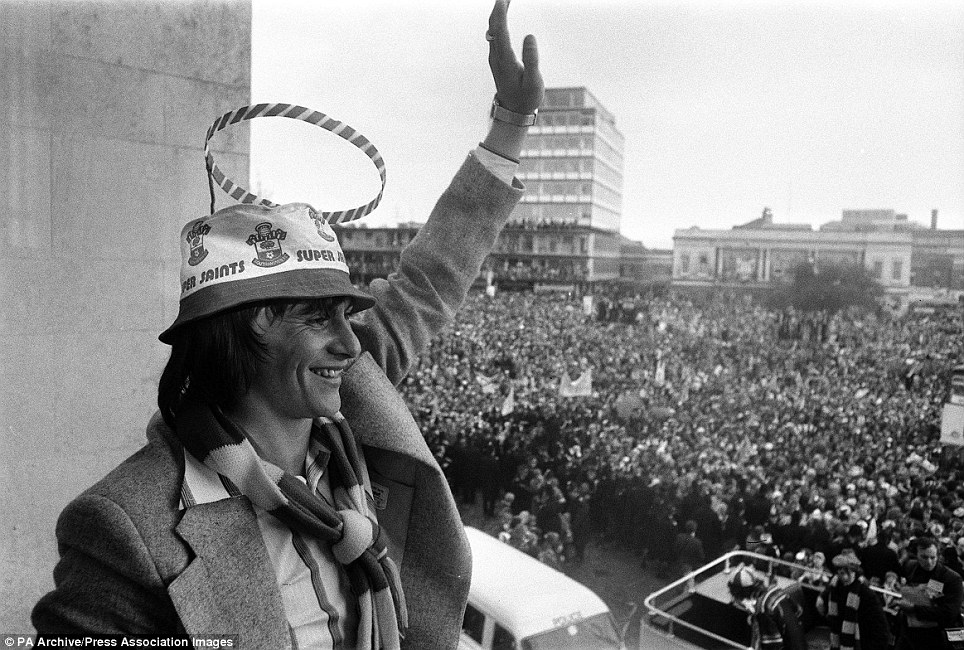 Amongst the good things about living in Liverpool is that while we have our bells thereâ€™s always someone bigger and harder liable to slap them down and into reasoned behaviour at some point. Its happened to most of us probably too at one stage or other but hopefully before you reached full bloomed adulthood. In Southampton though you can be quite the dandy round town by purchasing some appropriate terrace approved clothing, doing the weights for six months, growing some unconvincing stubble, inserting a gold hoop into your ear and drinking six pints in the pub and offering out a table of pensioners. Word travels fast round there and before long youâ€™ll have some semblance of fear from others to feed your tiny dicked ego.

Complete this tittish inflated sense of self worth with the marriage to football and you now can export your particular brand of ted around nondescript little towns and cities around the country on the weekend and act dead menacing towards families taking a rest from the driving in assorted motorway services on your journeys. Hell you can even steal a thing or two because whoâ€™s gonna stop you? You THE MAN!

But when you come to anywhere in an L postcode we have a certain gift for sniffing out the false and the plain downright bellends. You couldnâ€™t do that here. On account of your minty footwear alone youâ€™d be sent home crying in shame. So for Jamesy and Daz and Mad Martin looking forward to a weekend treat up north â€“ think on lads. You look like tits and we see right through you. Youâ€™re also from a really dull place to live. You can sing about feeding the scousers and Liverpool slums and whatever you care to but thank Jah that in the great tombola of life we were not born in Southampton. And lets be honest â€“ you learned that song off the Mancs and your home city is so crushingly boring that it doesnÂ´t have a song about it. And pipe down about the Titanic, check the back of it – we grafittied it first.

Get back to having a pointless rivalry with Portsmouth that the rest of the modern civilisation cares not one iota about. Because ultimately your existence is pointless, and that extends to your football club too.

Now weÂ´ve established how much better we are than them weâ€™ll take a look at some of their players. That wave of new money has furnished them with some decent footballistas. At the helm of it all is the planet sized headed Pochettino. He replaced touch-of-Yewtree looking Nigel Adkins just under a year ago and Southampton was up in arms. Now they couldnâ€™t give the slightest as their new manager has come in and got them playing a tight game, we witnessed it first hand away to them last season when we were lucky to come away with a point.

Up front they have local Kirkby lad Ricky Lambert whoâ€™s done well for himself and even made it into the England team on more than on occasion, memorably ending the generations old war of Westvale and Southdene by combining with Bainesâ€™ corner for the winner against Scotland not so long ago. Bet he couldnâ€™t jump Big Ben on the Aller though, no way. Since they made it in the top four for a few weeks it was customary to give a few patronising England caps to keep the other tits in the country happy so the most exotic named wool around â€“ Jay Rodriquez â€“ was benefiter of it despite being really not all that.

Adam Lallana is a pest if you allow him the space to play and also strangely got an England cap. The framed appearance of him in and England shirt is going to be pride of place in his Sports Room part of his mansion in decades to come before he ultimately gets divorced by his wife for a cocaine/betting habit leaves him skint and pinching young girls arseâ€™s in a grotty sports bar twenty years from now.

Their midfield is going to contain Ward-Prowse, Cork and Steven Davis and I know weÂ´ve got a suspension or two but if we cant get the better of them then forget those recent daydreams youâ€™ve been having of ace Everton things happening this season. Defence contains the left back Shaw whoâ€™s a player, Chambers, Fonte and Lovren who has a late fitness test. I know theyâ€™re a tidy team but come on, rip these to shreds blues. Gazzaniga in goal. Weâ€™ve got a few injuries and suspensions and I note the forum attached to this site has already got twelve different variations of the possible starting team for Sunday so I stand absolutely no chance.

Aye two could start up front in which case Jelavic will be the benefactor but can you see it happenining? Lukaku played better when we went a man down against Sunderland. Although he has a big frame he does find it better playing facing the goal rather than his back to it so a partner up there could benefit him but personally I reckon weâ€™ll maintain the 4-2-3-1 thing weâ€™ve been playing all season.

Osman should then get a starting spot and heâ€™ll be acutely aware of having some making up to do. Barkley could remain behind the forward or move back to keep McCarthy company in the middle of the park. Barry is going to be a big miss so whoever plays there will have to be right up for it. 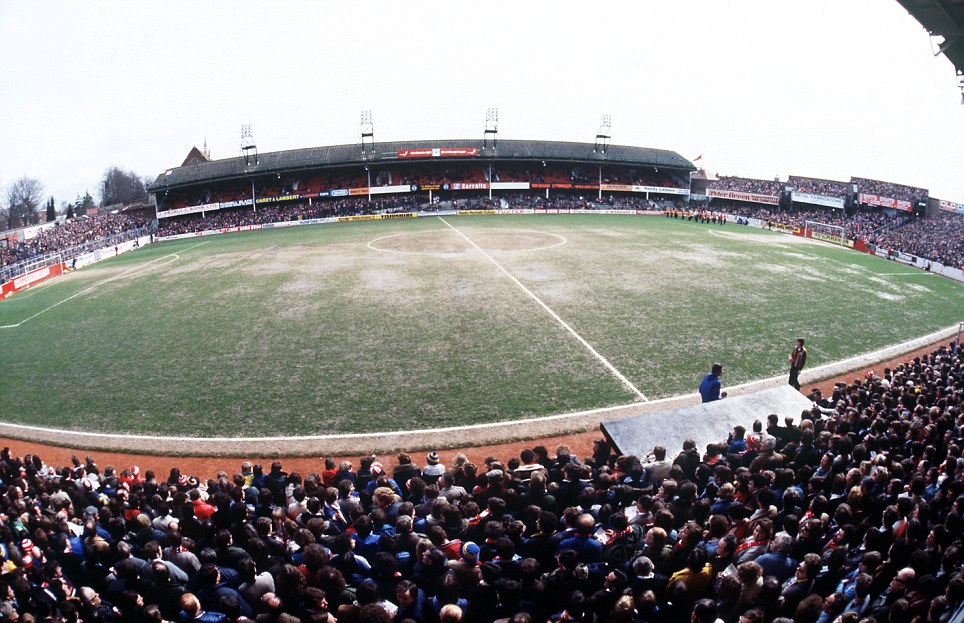 Have you ever needed to have a dump when youâ€™ve been out bevvying? Difficult isnâ€™t it. Having to unload while the outside of your little cubicle is awash with noise and activity. Imagine then having to drop when you have forty thousand people sweating on you â€“ thatâ€™s exactly what Mirallas went through this week. Heâ€™s got the dreaded norovirus which I had at the same time last year and is ace for losing some weight post Christmas but I think our peculiar eyed Belgian views it different. Not sure if heâ€™ll start like. Pienaar or Oviedo or whoever on the left.

Speaking of Oviedo heâ€™s been quite the revelation in the past month. Its been long dreaded that Baines will pick up an injury such as had been his importance to the team. This season his influence has been negated a bit in the new system which is sound as I wasnâ€™t too comfortable in being over dependent on our left back. Were no Stuart Pearceâ€™s relegated Notts Forest of times gone by. Oviedo though had come in and really been all that. Heâ€™s fast and boss at getting forward but heâ€™s also shown he can defend well too and as a bonus can shoot with either foot. Well in lid. The biggest compliment I can give him is that we havenâ€™t missed Baines, who will be fit for this game but probably start it from the bench. Distin and Jagielka will play in the middle and the increasingly ace Seamus Coleman at right back. Were going to have a change in goal for this game as Robles makes his full league debut for the club. He done alright when he came on last game out, even if his best save was self inflicted. He does look an absolute loon on one to ones â€“ he must resemble an aggressive territorial octopus attacking a scuba diver when anyone breaks through in his box, but an octopus with slightly too big teeth. Anyway weâ€™ll see how he does. Its better than Espen Baardsen for sure.

Were in the middle of an important period and its only human/Everton to slip. Were not that ace that we can walk into any match demanding to win it. Despite my purposely patronising words Southampton are a good team and this is no easy game. TheyÂ´re around us in the table and as such on home soil need we need to do what needs doing. Did I mention who the ref is for this? Oh ok.

2013 has been a good year for Everton, lets end it on the right note. Into these blues.