And weÂ´re back on air.

Stunted again by international football which takes precedence over any sort of league momentum. More are becoming apathetic towards international footie and itâ€™s easy to see why. Why so many weekend breaks? They can play Champions League mid week without disrupting the league canâ€™t they? Or if not play an annual qualifying tournament beginning of empty summers. Just leave us to Everton you tits.

Last time out a late penalty from the ace Leighton Baines rescued a point and confidence against the best Wigan team weÂ´ve played for a while. Unless they return to their usual dirge they wonâ€™t struggle as much as in previous seasons youâ€™d think. Or maybe we were just caught off guard. Weâ€™ll soon find out. 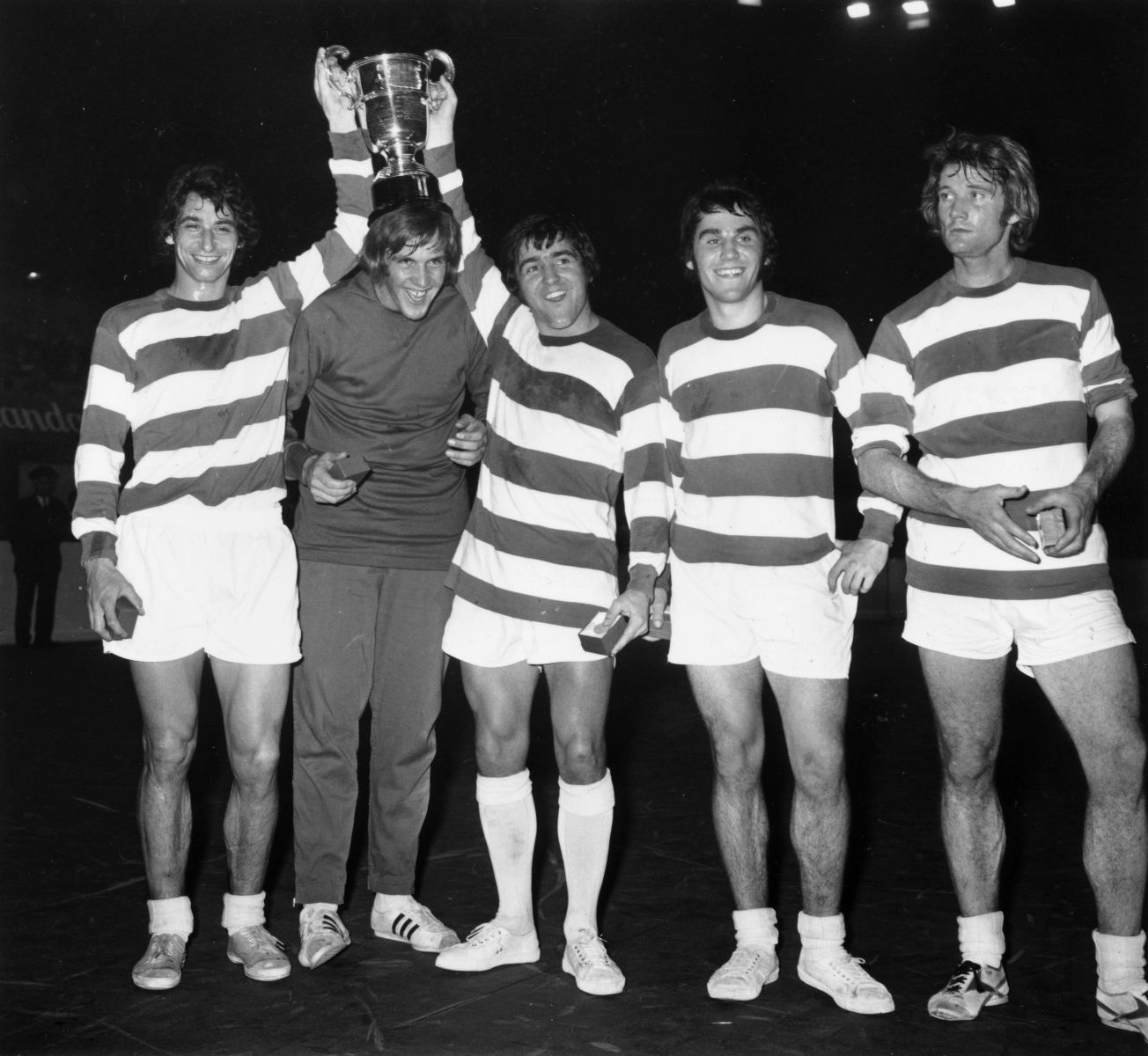 So back to league football it is which is a welcome distraction from the current great British kids TV paedo hunt giving the Daily Mail a trouser bothering semi on. And a nice away day it is too down to to Shepherdâ€™s Bush to take on Mark HughesÂ´ Farmfood Galacticos (v2) in Queens Park Rangers, whoâ€™ll we abbreviate to QPR from this point in.

Letâ€™s get down to business, QPR are having a sh*tter of a season, currently at the bottom of the league and all out of sorts with two points from seven games. Or an “EFC start”. This doesnâ€™t mean that weâ€™ll turn up and do our usual sex before departing with three points and much cheer, as itâ€™s often been a particular gift of ours to award first three points to teams in any given season. QPR are spared the usual poor stereotypes and cheap shots on these previews as theyâ€™re part of the acceptable face of London soccer along with Fulham, sometimes. A genuinely decent club with itâ€™s own relative history and provider of some good games to us over the years including the acest of free kicks from our last decent left back in 1995. And clinching the league in 1985 with a boss header from Sharp and Mountfield tw*tting it off the crossbar.

A point of contention with the modern QPR is going to be their Mrs Doubtfire haired acute cuntflute of a manager in Mark Hughes. Now granted it wasnÂ´t a marriage between club and player in the Walter Smith days when he played for us but heÂ´s turned into a condescending dickhead since landing the plum job at City a few years ago. That didnÂ´t go to plan. On top of being an odious bell of a man heâ€™s cursed with an unusual affliction where his chin protrudes north by three degrees every calendar year. By sixty years of age his whole jarg Spitting Image face is going to turn in on itself like a facial calzone when that chin reaches his forehead.

QPR seemingly struck it a bit lucky in getting an [Adrian Chiles/Prince Naseem Hamed fusion (T Fernandes)taking them over and ploughing some money into them. Not unlike the sh*te theyÂ´ve spent a lot of it badly on some average players, and also on some decent players that have turned to utter dogsh*t since pulling on their famous hooped shirts.

Fernandes is a bit creepy. I canâ€™t trust someone in a senior postion at a football club whoâ€™s on twitter and eager to give a quote to any listening journalist. Hopefully thereâ€™s some human rights violations hidden away in his closet.

Up front theyâ€™re struggling a bit for goals, whereas the QPR of the nineties had giant headed Ferdinand raping us twice a season, this QPR have Bobby Zamora which an altogether different beast. Bobby Zamora has more than a passing resemblance to a Doberman, you know where owners look like their dogs. Speaking of which: where did all the Dobermans go to? The posh rotty of the eighties has been shelved for Staffies and whatever the current trend is with the lids of our streets. Quite sad. Gone are the days of volleying a ball over someoneâ€™s back garden at three and in and in that garden being a Doberman patrolling itâ€™s owners territory like a finely tuned sentinel. Sack that, whoâ€™s got a flyaway instead? â€œShoot 5â€ it is.

TheyÂ´ve got a few options up front but none outstanding with the Lord of Frodsham – Djibril Cisse – and home grown lad Mackie who on the times IÂ´ve seen him has a nose for goal. Sean Wright Phillips will likely be on the right wing and we may get some purchase out of that as his star has long burned out. I sincerely thought Park Ji Sung would do a job for them but it hasnÂ´t worked out so far, thereâ€™s still time. The gifted Taarbat has scored a few important goals lately and if he comes on itâ€™s probable heâ€™ll be having three showers on Sunday night to try and remove Phil Nevilleâ€™s man marking musk from him. Unless he makes an absolute c*nt out of Neville which he can.

MÂ´Bia signed for him in the summer after an eternity of getting linked with us and has played more than a hand in their seven games so far. Granero was signed from Real Madrid on loan an is an option – [URL=”http://2.bp.blogspot.com/-OaRr63xA5bY/T3tnAyJNGFI/AAAAAAAAI0M/DxwNvM3urDk/s1600/granero-rma011.jpg”]not just for Last Flight of the Concordes[/URL] – and the talented Junior Hoilett who hasnÂ´t really got going since signing for big money from Blackburn.

At the back is where the problems have been when you look at the amount of goals conceded and you can attribute that to having Anton Ferdinand and Clint Hill as centre halves who respectfully are very limited. Ryan Taylor and Bosingwa are not bad full backs to have but theyÂ´re there to be got at if we fancy it. Julio Cesar is in goal and although what they call in the twilight of his career heÂ´s still a bit ace.

Weâ€™ve got one or two players out so it will be interesting to see what team Moyes goes with. Jelavic will start up front naturally but Fellaini is going to be missing this one so whoâ€™s alongside him/behind him will be up for grabs. Anichebe threw some hints in the media this week about him and Jelavic speaking about forming a partnership, hmmm, so he could get the nod or maybe Mirallas will be shoe horned there where heâ€™s not looked very effective in previous games. Regardless, Fellaini will be a miss. Midfield will still be without Darron Gibson who must have the slowest production of white cells in professional football as demonstrated with him trying to shake this injury off. As long as heâ€™s back for the derby. A midfield of Neville and Osman was over ran by Wigan which is not a good sign but weâ€™re a bit short of options there at the moment. We could do with Pienaar having one of his games where heâ€™s on a different plain to everyone else on the pitch, bar Baines. On the right itâ€™s going to Mirallas or another if he does start behind Jelavic.

Weâ€™ve not been our usual stoic selves in defence for the past few games. Heitinga is having his customary slow start to the season and had to endure being replaced at half time against Wigan as that Kone repeatedly pulled his pants down. I reckon Jagielka and Distin will start this. Will Moyes continue to belatedly blood Coleman? Hibbert is edging his way back from fitness but I hope Seamus keeps his position there until he either grows into it or monumentally f*cks up and has to be replaced. Itâ€™s frustrating that were still average at right back after all these years, with full respect to Hibbert and Neville. Howard in goal as lets be honest who have we got in the squad that could replace him even if he went badly sh*te?

In retrospect maybe the annoyance of international football is largely due to Everton starting a season decently, so were eager to see if this whole thing is going to keep running for a bit. As itâ€™s nice.

Even nicer would be swashbuckling Everton side sensing blood at Loftus Road and doing all manner of superb things and coming away with three points. Just in time for the next game, as thatâ€™s something which will tell us a little bit more about if this Everton has the cajones we like our Evertons to have.