Welcome back. Tanned? Relaxed? Excited? Ready to fume? Of course you are, so letÂ´s go.

The forces that be decided to make us wait a wee while longer with the game on the Monday, for me anyway the initial reaction was disappointment but on closer inspection itÂ´s probably no bad thing. ItÂ´s an evening game; most of you reading this will be suitably oiled from foreign hops for it and at some point the floodlights will blast above our beautiful home and Manchester United FC are f*cking getting it. Oh hang on theyÂ´ve just signed Van Persie eh? Ah well theyÂ´re still getting it, we havenÂ´t sold anyone boss and this is no place for the meek. 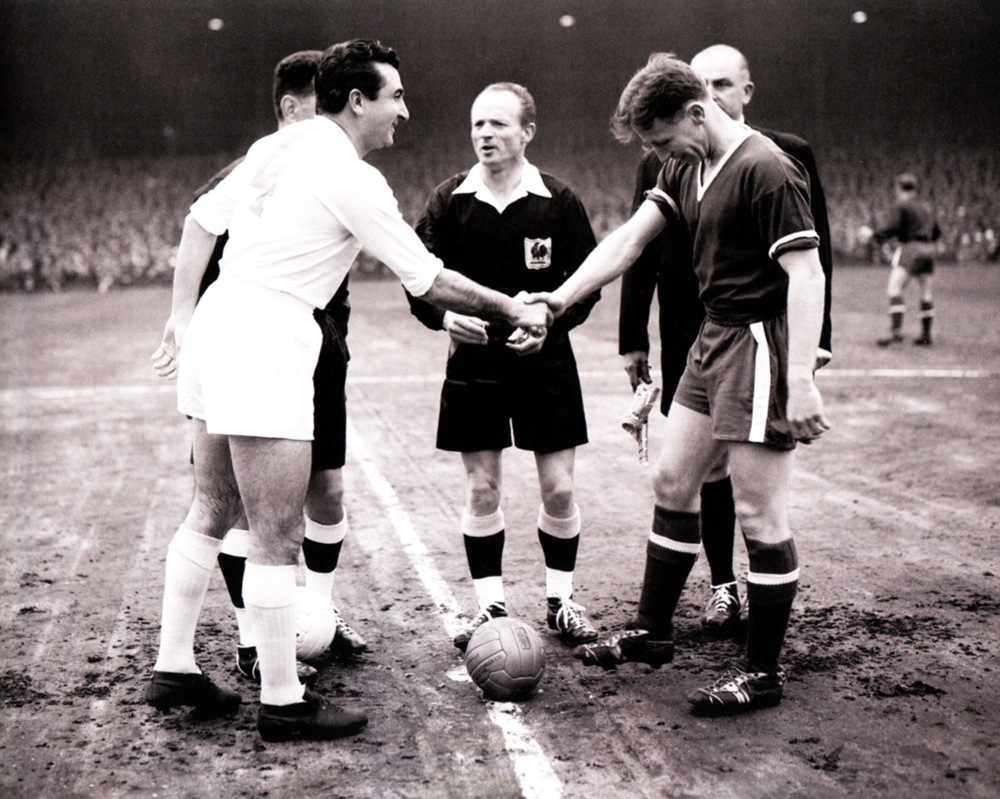 ItÂ´s hard to write this without a review of the summer just gone, well Everton wise. ThereÂ´s enough of that from far better internet lids than me so weÂ´ll condense it. In short it wasnÂ´t bad, an improvement on others. The talking point at the moment is Jack Rodwell being sold and who weÂ´ll get in but if you offered me Rodwell getting sold for that amount, Baines and Fellaini staying, Pienaar coming back and a couple of more signings then IÂ´d have happily have taken it all that way back in May. Midfield is an area where weÂ´re quite well covered and best wishes to Jack but heÂ´s been five years of potential. A man who cost half a millions pounds is rightfully keeping him out of the team. The over ruling thing is that we shouldnÂ´t be a sell to buy club but again thereÂ´s loads of commentary on the internet out there from people who write about it far more succinctly than I.

We finished the last season strongly as usual and refreshingly playing some of the best football thereÂ´s been under Moyes. We dominated many decent teams, passed the ball well and with the Croatian up front we slotted like a dirty weekend in Pontins. ThereÂ´s the obvious trepidation that itÂ´s been six long years since we started a season well but since no one on here can read tea leaves weÂ´re just going to have to roll with it. 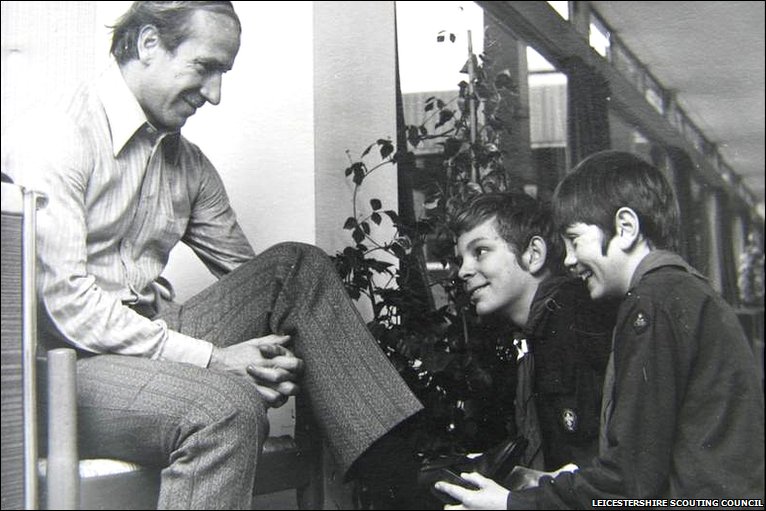 United will be hurting. There they were on the pitch thinking theyÂ´d pulled off the glory as usual and then they were delivered the cruellest of news that their hated local rivals had just scored two injury time goals and took a potential 20th league title away from them. And oh how the kopites celebrated!

Theyâ€™re supposedly lumbered with massive repayments from their American buy out but luckily have loads of gimps in Asia and the Americas purchasing MUTV subscriptions and replica shirts, and a truck load of desperate sponsors lining up to throw millions at them. Actually I contest the replica shirt thing. Has anyone here ever seen a local in some backwater in Asia or Chile wearing a genuine replica kit? Like sh*te, theyâ€™re all poorly made jargs. Every single one of them. So itâ€™s the shirt sales in the USA and Canada keeping them afloat then? Check their Other Operational Income, thereâ€™s peddling or somethingâ€™s stashed there. Them dodgy Amish owners. Cut open their cattle and youâ€™ll find bricks of pure cocaine smuggled over the border and no mistake.

There will be various adjectives like wounded animal and stuff not relevant at all thrown about in the lead up to the game but the main point of concern should be that they have some boss players who if they play football like they are capable of then it will be difficult for us to get anything from the game.

Up front they have a certain Mr Rooney, vintage of these parts, with a jarg head of hair like stale Weetabix. If heÂ´s in the mood and afforded space then it can be uncomfortable viewing. As referenced earlier itÂ´s highly likely that micro nosed canal poster boy Van Persie will line up along side him, hopefully it will be late and heÂ´ll use the same Sat Nav as Jermaine Beckford as thatÂ´s some forward line. Even more so when you consider that Wellbeck and Chicharito are in reserve.

One piece of business that looks to be fantastic is their purchase of the little Kagawa. Anyone who had any sort of passing interest in the Bundesliga will happily tell you how effective this lad is. WeÂ´ll need to snap at his heels early on.

The Caledonian Skeletor made a pleasing return from a lengthy illness in a pre season game last week but itÂ´s probable that itÂ´s one game too early against us. Carrick or Cleverely should provide the defensive element of midfield and take your pick from Nani, Young or the superb Valencia to provide attacking width.

TheyÂ´ll be a lot tighter this year as Vidic returns from a long time out. Ferdinand, whose upper lip has sadly developed locked-in-syndrome, is getting older and not like he was but IÂ´d expect to see Phil Jones, Jonny Evans and Chris Smalling used more this year. Two out of those four will be flanked by thankfully not Baines and probably Jones at right back. De Gea with his crap teenage beard will start between the sticks.

TheyÂ´ll turn up in numbers, theyÂ´ll be confident, thereÂ´ll be far too many male earrings and wool accents and weÂ´ll need to get at them early doors. With the Rodwell sale itÂ´s like 1985 in that weÂ´ve got the equivalent of £17.50 in Chrimbo money off assorted biscuit smelling aunties allowing us to flick through an Argos catalogue. The Spectrum 128k is out of range but those 3D asteroid glasses game could be just the thing for getting through them Baltic wet January nights. ItÂ´s amusing to see the agreed pattern now established on the forums of the world in signing new players. The transfer life cycle. Association with us linked from twitter, a boss youtube video being shown of player, Wikipedia updated, SSN â€œvalidatingâ€ it. Sightings at local airport. Local media confirming talks. Paraded with new home shirt in front of Stephen Hughes Memorial Tree.

WeÂ´ll probably have one or two new faces in the door before Monday but it shouldnÂ´t effect the likely team weÂ´ll put out as Moyes is not the type to throw new signings straight in. WeÂ´ll wait until United score the fourth in the 67th minute before theyÂ´ll get lashed on at least.

Up front itÂ´s going to be some more of Jelavic and how IÂ´ve missed him. Him with the ace touch and lust for goals and 50 shades of boss slotting. With some luck heÂ´ll pick up where he left off. Behind him thereÂ´ll be no more Tim Cahill which is a little sad but times move on and Tim at least knew when was a good time to leave. IÂ´ll miss that corner being twatted against a sea of arms and celebrating loons as a back drop. ItÂ´s going to probably be either Naismith or Anichebe playing there, with the loser deployed on the right wing. Although Moyes using Coleman in the past two friendlies could mean heÂ´ll be more cautious in locking down the right hand side with him. Decisions, decisions.

One thing to look forward to this season will be the presence of Fellaini and Gibson in midfield. It just works doesnÂ´t it? Both are meant to be injured but I hear both will start on Monday. Gibson in particular was a notable success in the second half of the season. HeÂ´s up against his old team mates, one of his outside of the box toe bungers would be just the medicine. ThereÂ´s not a blue I know who wasnÂ´t either relieved or delighted, or both, with Pienaar returning to Goodison. His loan signing transformed our season along with JelavicÂ´s goals. He loves Jesus, we love him. He makes us play some really ace football. Long may it continue.

Baines seems to have rode the media enticing to another club and will start at left back, IÂ´m guessing Hibbert will be on the right. Any two from Distin, Jagielka and Heitinga in the middle. The last of which is so important to us bringing the ball out of defence and retaining possession so I hope he starts. Howard had an excellent game for the USAÂ´s first ever win in Mexico. HeÂ´ll need to have his wits about him in this.

I mentioned how much quality United have and how difficult a game itÂ´s going to be, but whatÂ´s our name? The beginning of the season is here and we need that elusive good start. An evening game at Goodison is as good as it gets in starting any season. So with a nick nack paddy whack give a dog a bone, itÂ´s time for Man United to be sent the f*ck back home.