Well, well doesnâ€™t time fly? Seems not long ago that QPR came to town and done our heads in. Did it turn out how you thought it would?

Anyway who gives a f*ck really, the summer awaits and pretty girls will be accompanied by beautiful beer and stuff as Everton goes firmly on the backburner.

But first; dashing the Champions League dreams of them southern Scottish bells on the last game of the season. If we canâ€™t have it, no one else can. Especially not you shoeless biffs.

The Wolves game turned into the predicted damp squib with them glorious royal blues doing all sorts of pre season friendly type bossness but looking as vulnerable as we have all been all season without scoring the goals as our Croatian slotting machine didnâ€™t get much of a sniff. Nil nil it was. Iâ€™m pleased Wolves are down due to the wackiness of their fans in the second half doing the cheering for nothing thing.

Speaking of wacky, the wackiest of the wacky are in L4 this week hoping for a glorious finale to a great season for them and a Champions League place. Well done to them too as theyâ€™ve been there all season and got some more than decent results despite the media reading them the last rites at various stages.

Letâ€™s not leave the wacky thing too early though as youâ€™re likely to be wincing heavily at the hordes of meffs wearing fancy dress at Goodison, such is the custom for last away game of the season for Newcastle fans. I beg the question why? Is it too hard to go to the game and have a few bevvies, see your team do well and spend the latter part of the evening trying to finger local girls? If thereâ€™s any participating Geordies reading this just know that you look like utter tits. Soccer AM will love you though, and thatâ€™s what itâ€™s about isnâ€™t it? Similar to the must be loved tendencies as across the park.

Shame really as it was becoming sort of alright to say nice things about Newcastle again. Their tears of relegation washed away some of the whiff of wankstain which had hung around them from the Keegan days when they were supposedly every football fanâ€™s â€œsecond teamâ€ and were on a par with Barcelona – in their fans heads.

Maybe itâ€™s the advent of being a one city club in that your ego can run away with itself in the absence of your rivals sharing the city and tutting while calling you dickheads. Maybe theyâ€™ve just got some kopiteitis.
Itâ€™s even weirder when you consider that the Geordies are usually sound. For many if you had to pick another part of England where the people are actually alright for many scousers it would be Newcastle. Theyâ€™re bonny lads if not a bit too over keen on hair fudge products, crap tattoos and absolutely reek of Joop or Fahrenheit.

This season turned on one action which occurred the season before, namely them teds over the park giving them thirty five million sterling for one Andy Carroll. Ridiculous as everyone knew at the time except for Dalglish, sorry Commoli, it was dat Commoli lar.

More power to Newcastle, they snapped their grimy little hands off for it and invested in some sound players.
Up front Demba Ba has done the business for them particularly in the first part of the season. Some of that money went in January on the Cisse lid who looks like Tony Yeboah on Pro Plus. Heâ€™s been every inch as good for them as Jelavic for us and will be have to be watched by our centre halves very carefully. Newcastle, like every good team, can score goals when afforded slim opportunities.

Midfield is not bad at all. Someone who has been one of the buys of the season is Yohan Cabaye, he was always an excellent player in France and has adapted to the Premier League really well indeed. Very classy and they got him for a price which youâ€™d struggle to get Third Division players for these days. Ben Arfa has stepped up this season as you Football Manager nerds predicted he would. Good player that and Newcastle are getting the best out of him. Hopefully Hibbert volleys him up the hoop early doors then proceeds to spend the rest of the game ridiculing his footie boots and telling him that he looks like a jarg Mexican X Factor winner. South American Jimmy Nail tribute act Gutierrez and pea headed Tiote complete the middle of the park for them.

Iâ€™ve over punned myself on their strikers and forwards so will swerve the defence and move onto Tim Krul whose eyes â€“ not unlike the continental plates of this planet â€“ drift apart from each other by a couple of centimetres each year but is one fine shot stopper indeed.

Pardew, the phoney little dickhead, has just been named Manager of the Year and so he should. Heâ€™s done very well at a club predicted to struggle this season. If he hadnâ€™t been a smug tit after a West Ham game a few years ago Iâ€™d applaud him. But weâ€™re not the forgetting types when it comes to our dickheads. 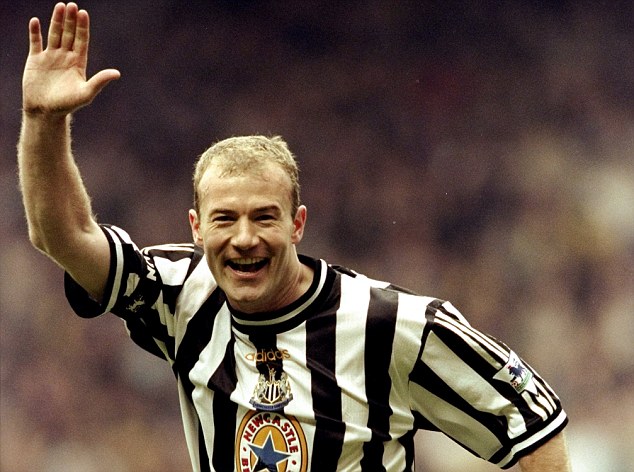 Up front weâ€™re likely to see Jelavic and with some luck weâ€™ll have at least one of them ace moments where he slots from half a chance and celebrates like a WWII glider bypassing the Normandy beaches and landing softly in the picturesque bocages of North West France. Itâ€™s going to be Cahill behind him and heâ€™ll need to be at his snidey best to rattle their centre halves into submission and make the space. He memorably scored a goal that clinched us Champions League Football against Newcastle at Goodison in what now seems like an eternity ago.

Hopefully Gibson is back as our midfield is better for it and Iâ€™ve always liked an Everton player who likes a dig from far out apart from Bilyaletdinov who was mostly sh*te. Itâ€™s a possibility that this could be Pienaarâ€™s last game for us but the club are making all the right noises about wanting him to stay. Osman will be on the opposite side to the braided boss wee Cape Town playmaker and Fellaini will start in the middle.
Baines could be back for this if not then playerâ€™s player of the year Distin will start there with Jagielka and the real boss player of the season Heitinga in there with him. Hibbert will be probably at right back and Tim Howard in the nets.

Itâ€™s the last game of the season so there will be the obvious cheap puns about the players having their minds on the beaches or Euros this summer. Thereâ€™s two big reasons why they need to approach this game like a cup tie and they are that obviously we can finish above LFC and make them twitch with our cleverly placed mocking in the summer. Second reason is that Everton are the best arl arses I know and the opportunity of making Batman, Charlie Chaplin and various Smurfs weep in the away end over missing the cash cow they covet is too tasty a cherry to pass.

And that brings this season to a close. Keep yourself safe, enjoy them pretty girls and cold beers and hopefully weâ€™ll meet again sometime in August.

Get the f*ck into them blues.