Roll up, roll up for the seventh place show down PLAY OFF with the Everton of L4 and Michael Jackson´s Fulham taking to the field in what will sure be one MEGA event. I´m struggling to write anything particularly inspiring about this game and when trying to find the root cause of it I´ve settled on it being like an old school end of season where there´s not a lot to play for and because I´ve got Moves Like Jagger rattling round in my head, annoyingly.

For large parts of days yonder when we were proper dump we used to dream of having such whimsical ends to the season with no stress and wearing polo tops in the glorious May sunshine as Super Kev slots probably past West Ham. So hot your first pint is a lager top.

Typically Everton turned up at Old Trafford which was in essence one week too late for all of us but none the less a welcome show of spirit. We´re boss in the league. Makes you weep for why we can´t do it all season or even six out of nine months as on our day we can beat pretty much anyone. In the league as I said. And now we have a forward who slots like a Jazz aftershave reeking seventeen year old in Butlins.

And what a come back it was. No coincidence either as we controlled the match for large parts of the first half and terrified United when we went at them with purpose. Sets up a nice game between them and their neighbours for the title on Monday. It used to be us, it should be us.

So onto Fulham who we´ve dispatched twice already this season promoting rumours that if we beat them a third time we get to keep them in a nice little cabinet in underneath tucked away beneath the Main Stand.

Martin Jol, with his jaw like a multi storey car park, has been talking up his team´s chances noting that his team are as good as ours because they´re two points behind. Fair enough, they´re been inconsistent but on their day they´ve got some more than decent results. They´re usually absolute tripe at Goodison Park so we´ll be hoping they moonwalk into this and promptly get swatted aside by the lids in the royalist of blues. If that particular prophecy comes true then it will make it nineteen straight Everton wins at Goodison on the trot against them which is mad and very welcome.

You´ve already seen two “Jacko” references and it will end there but it´s not easy the river dwelling teds. If something similar got erected outside our stadium I´d hate to see what our ninjas would do to it overnight. Saying that it would probably be on ebay the following morning in fairness.

They´re fans are sound enough if not a bit Tarquin for some´s tastes but they´re a nice historical club who play at a boss ground and have made up the numbers, not dissimilar to ourselves, without having too much drama in the past decade.

They´re also got some really decent players. Up front is where they´re all creaming over Dempsey at the moment as he´s added abundant goals to his undoubted talent this year. If he´s arsed he´s a handful, when he´s not he´s like a Farmfoods Le Tissier. Hopefully it´s the latter. It´s likely they´ll play 4-5-1 with on loan ogre Pogrebnyak up front on his own, supported by Dempsey, Duff and the very impressive Dembele from wide. Danny Murphy and Diarra will provide the industry in midfield.

Defence is steady too with Hangelaand paired up with Senderos looking like a Tony Hart experiment that got a bit out of hand. The annoying little ginger titward Riise will be left back and it their right back rivalry matches ours for crapness with Aaron Hughes and Stephen Kelly fighting it out to earn the chance to be sexed by Stephen Pienaar, hopefully. With Schwarzer in goal you can see how they´re comfortably in the top half as they have decent players who on their day play some nice togger.

It´s the type of team that will be doing all sorts if you let them get a goal ahead but whose head will drop if a snarling aggressive Everton come out of the blocks and go for them.

Jelavic is the absolute tits. It seems surreal that we have a striker who makes it exciting to watch Everton again as the lid lives for the goals. Boss old school celebration too. He´s all casual Boeing 747 and clearly wants no other tit hanging off his neck spoiling his moment. I´m going to overlook the fact that if he continues like this he´ll be the subject of bids before too long. He´s ours for the moment. Fellaini done well against United behind Jelavic last week but I can see him slotting back into his usual role in the middle of the park for this, will in turn may even see Neville at left back. Cahill or Osman will well start in that wee hole that Moyes favours. With them likely to play five in the middle it´s very unlikely we´ll start with two up front and let´s be honest everyone else is pretty gash up front for us.

Drenthe has pissed his crazy chips with us so we´ll see Pienaar and either Gueye or even McFadden on the opposite side. Wowee. McFadden looks like he´ll be boss at five a side but I reckon having him as a sub is a better option before he transfers to whoever gets promoted from the Championship for a free in June. It´s been a while since we´ve seen a boss toebunger from Gibson from acres out, sort it Darron. 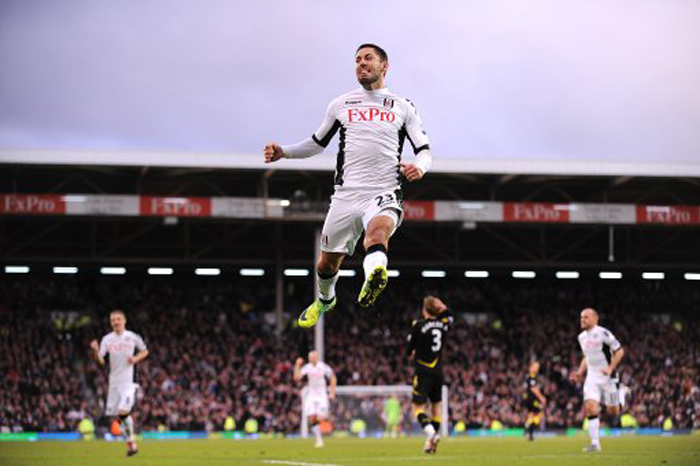 Two or three out of Distin, Heitinga and Jagielka will play and one or two of Hibbert and Neville. I´d get Coleman at right back now and see if he´s got what it takes to have a run at the position. If not then we need to get someone there as it´s been beards since we had an ace right back. It´s the business end of proceedings with only placements and pride to play for. The summer void is coming round quicker than cancelled flights from Speke to Amsterdam if their government do ban the weed for foreigners. Expect a nice line in jarg Dutch passports to be available soon. I wonder if our lids will hang around coffee shops like they do around Bargain Booze waiting for someone to go in for them? “Alright Heitinga lad listen can you get us an eighth of white widow please mate while you´re in there, sound lad” before handing over the amount in minty five and ten cent pieces.

So, anything less than an Everton win is desirable if we´re to be crowned seventh placed champions. Oh yeah finishing above them too which although they´ll pretend otherwise but will really pain them. It´s all about those small mercies.

Come on Everton, these are sh*te these.