Time to indulge in the remaining wee dream we have left for the season, the FA Cup. As unlikely as it sounds we´re only four wins away from something that would make a crap season suddenly very boss indeed. Dream on Evertonians…

That Chelsea win was superb, really superb. Against City it was backs to the wall a bit and as much as we deserved it for effort there wouldn´t have been many qualms at a draw. We fully deserved the two goal win over London´s current glitterazzi. Goodison bounced and rocked and the Everton of recent years were back and windmilling all over the show. Get in. 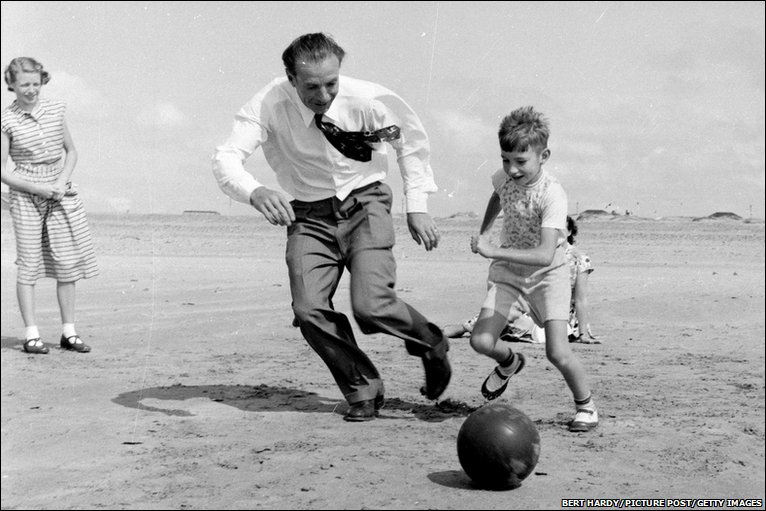 These spikes of joy recently count for sh*t ultimately unless we turn it into something bigger. Putting together a couple if wins and getting back in the mix for the European slops in the league or, even better in view, a boss cup run. It´s something we experienced a couple of years ago and as great as it was, we simply didn´t finish the job. Like taking that fit bird everyone is after in the office on a perfect Friday evening date, necking before midnight and heavy petting back at hers before spaffing in your Farah and being in a Davy Liver home within the quarter hour. A heavy head full of regrets and what may have beens. She´s started texting you again though. If you´re lost at where is going then it´s ok, so am I.

To Blackpool then. Woooo! The Wool Vegas of North West England and a magnet for some reason to the Scottish. When you was a kid it was nirvana itself. Now you´re an adult you sort of see it for what it is – a smelly seaside town full of chippy paper litter, inhabited by weird locals and populated by long stretches by Mancs and Scousers eyeballing each other, assorted wools trying to finger any female that makes contact, Scottish vomiting/urinating in the street and the coldest see known to man with a side dish of donkeys and sewerage. 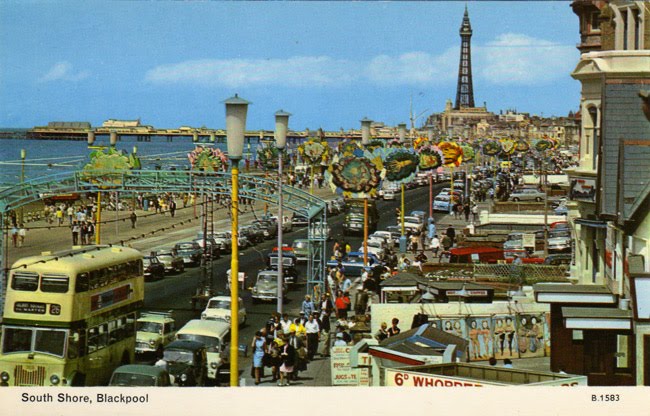 Of course none of this is a reflection of the locals and I don´t envy what they have to put up with. Every day is a stag and hen do. You´d be bored sh*tless after a week of it. So it says something about those locals who decide to stay and rough it out. Tough, durable, practical people who make excellent natural landlords with rules and regulations that wouldn´t be out of place in the Gulags. Dirty pillowcase = £30. Pissed on the toilet seat = £45. Made over 2.3 decibels of noise coming in from a night out = double rate and immediate eviction. Trying to sneak a girl in after hours = the local SWAT team called and the soul of your second born. They do like to live beside the seaside so in the big wool lottery of life they´ve won the jackpot. Where do they go to retire? With the demise of Butlins there is only Brighton that could perhaps hold more sway on the British isles and then you´re talking Monaco.

They were everyone´s heroes last year coming up playing all this attacking football Holloway who in the end was the main reason anyone was glad to see them go down. The journalists lapped up his frank talking and zany interviews, king of the white van men out there. They eventually ran out of steam and clubs tightened up their defence and snotted them all over the show. Personally for me a shame as I liked having them up there but thems the breaks.

They do have some decent attacking players who are playing right now with that thing that has been in the undoing of top clubs in the cup – confidence. If this would have been a month ago our arses would have been twitching somewhat. Matt Phillips is an important player to them, a very effective player up front who if on form (like lately) then will be more than trouble for an off guard defence. He´s partnered in a three up front with poor man´s Amokachi – Lua Lua and Taylor Fletcher. The midfield three can be got at and with us likely playing five there it´s an area we have to dominate, it´s probable they´ll start Ferguson, Fleck and Fletcher with a possibility of introducing that sh*thouse Ince´s lad, Thomas, off the bench.

The defence is where they can definitely be got at. For all of this wonderful things lately it´s here where you´d think they would have a harder time containing someone like Jelavic than a rampaging Stacquilarsi tearing into them, as they´ll have a lot more brutes in their division. The point remains though, while we need to implement our own game we shouldn´t be that pragmatic and miss the opportunity to make some average players in their defence pay.

I was looking forward (maybe foolishly) to having a front two for this but the Croatian has pulled his peyab bone or something. That was some Valentine´s Day then lid? Stracquilarsi should definitely start and it´s probable that Cahill will behind him.

Fellaini was been really good over the past month and it´s shown in the results of which it´s no coincidence were doing miles better. Some have pointed out of the effect of Darron Gibson in that, being a controlling anchor in the midfield and allowing Fellaini to play his game. Anyone familiar with these previews will know I´ve no tactical mind but I´m not so sure on that. On the contrary I´m looking forward to seeing Gibson have a good ninety minuted without giving the ball away a few times.

I´m not sure whether Moyes is playing some turd mind games but it was disappointing to hear that Donovan has the man flu and might not be fit to play. If so it will be a shame as it´s his last game before heading back. The little Californian sex pixie has had a solid two months and provided a bucketful of assists. It´s not that just that why he´s so liked, it´s having someone who seemingly ´gets it´ wearing that royal blue shirt with pride and being a very decent attacking (offensive) player. USA, USA, USA. Maybe it´s that LA girls are more his thing and our orange pyjama wearing fascists don´t do it for him but we´d love to see him back soon. Thanks Landon.

We´ll sadly miss the cup tied Pienaar who has been the absolute tits in the past two games but it opens the door for Drenthe who´s looking more and more likely to be playing somewhere else next season. I´m not privvy to what goes on behind the scenes but I can´t help think what a shame. He´s got that zing about him when he can be arsed and if arsed then this is exactly the type of opposition for him to destroy. Over to you Royston.

Coleman is apparently fit again so although he may be slotted in on the wing for this it would be nice long term to start grooming him at right back. With all due respect to Neville´s quite super tackle on Ashley Cole, he´s had his day there and Hibbert won´t let many down but imaging having someone reasonably similar to Baines on the opposite flank. Whether Seamus will develop into the player is another thing but we´ll soon find out. Distin was very good against Chelsea and it feels a little more comfortable having his pace in the back four. He´ll be accompanied by Heitinga who is playing as consistently well as he ever has done for us and sometimes it´s a little undervalued with the composure and reading of the game he brings there. Baines and Neville/Hibbert will start as full backs.

I was going to throw a quite thoughtful quote in here about dreams to wrap up this week´s preview but in reality we´ve been around the block enough with Everton to curtail any of those thoughts until we hit the semis. Which isn´t a long way off if we do the right things on the pitch.

The last thing we need is another magnanimous exit from the cup against lower league opposition and that head full of regrets and what may have beens. She´s into you Everton. Go head and smash her.