Christ, come on Everton. January is already bleak enough without you letting us down too. We´re meant to be boss in the second half of the season aren´t we? That´s what we were holding out for.

Just what we need then is a trip deep into the bell heartlands to a ground where we struggle to take on traditional old foes in Aston “the Villa” Villa in another instalment of the English top flight´s most played fixture.

The Spurs game had an air of predictability about it, all things considered a routine two nil win without the home side having to break out of their stride much. They have miles better players and so it showed. Gone are the days when we were in the same ballpark in terms of talent but usually got a result as our players wanted it more and were well drilled. We best get used to it too, without some cataclysmic change this is going to be the Everton you´ll be watching for quite some time yet. Old Everton, meet the new Everton.

The players look dreary and we´re getting accustomed to that mid table surroundings. The problem being is that we don´t do comfortably numb at Everton, and it pains. There´s an hint of revolt in the air as it seems, surprise surprise, that Arteta was sold at the behest of Barclays rather than the reasons outlined at the time. We´ll have to make do with Darron Gibson for the time being then. Whether it will extend as far as lids hanging off the bonnet off the owner´s car remains to be seen, but there´s a growing acceptance that were a spent force. Many are apathetic towards it and I get that, there´s only so many weekends Everton can ruin. It was apathy that nearly undone us in the early nineties however, I do hope we´re not on a similar course.

You felt that in the previous decade all that progress we were making – bit by bit, year on year – was leading up to something. It turns out that the pinnacle of all that growth was a limp FA Cup Final defeat and that´s our lot. Those Kevin Brock dream moments just don´t happen any more unfortunately, not unless by Kevin Brock you mean some minted tit who wants to buy your club and spunk silly money all over the show on ace players.

Anyway, put the valium away, at least were not Villa. By that I don´t mean in footballing or financial terms as they´re as meh as us but I mean fan wise. They´ll take this as a personal jibe and point out that they sing mental stuff and do all sorts of zany things and that´s exactly my point.

They follow them in hordes and put forward a good case for firm evidence of the devolution of the human species. Denim jackets, gaudy tattoos, male ear piercings galore. Collectively they´re a tit choir of immeasurable proportions and boy oh boy will they have some banter for you. You can´t look down your nose at Villa as they have a grand old history too, trophies all over the show including the European Cup. They´re probably as annoying to everyone else like us in pointing it out too.

Similar to us too they had a period of relative resurgence in the latter part of last decade too before it all went a bit crap. In their case it was Martin O´Neill leaving that was the turning point. For a couple of years they were close rivals always around and about us in the league, as they are now. 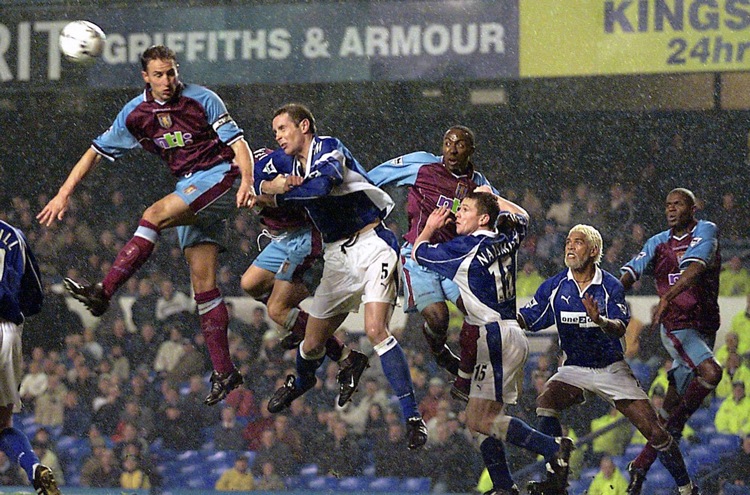 They appointed Alex McLeish for this season and so far he´s got them where you´d expect them to be. They´ve been inconsistent and at times very average, although they´ve been prone to pick up a cracking result or two like at Chelsea the other week – followed by a home defeat by Swansea. So they can be got at.

They do have some decent players to keep us occupied. Up front Darren Bent is always good for a goal, assisted ably by the similarly pacy Agbonlahor. It won´t have escaped their attention that Shane Duffy will be likely making his debut against them, and our centre halves will not be the most jet heeled about. Deep line it is then.

Midfield is watched over by fresh from a favela-rentboy-a-like Stilian Petrov. Chinless wonder Stephen Ireland has been getting a game or two and may support him in the middle and N´zogbia makes me feel slightly glad that we didn´t have any money to spend last summer or we might have seen unsurpassed levels of fume at and Everton player. He´s got a dose of the Sahaitis.

They´re not too great at the back. Whilst Dunne and Collins will win most headers in their own penalty area they are essentially grocks. Warnock and Hutton/Cueller either side of them will do little to give their goalkeeper sweet dreams either.

The obvious downside of this being that were completely dump up front. It´s all well and good having any sort of our midfielder of ours proceeding into advanced positions as when they look up they´ll see that our forward players have less movement than the continents. I don´t what the answer is, neither does Moyes. Saha is woeful at the moment but the alternatives aren´t all that either. You have to wonder what Vellios has done so wrong to barely reach the bench in the past month. Let´s fast forward to our midfield.

We broke from recent tradition this week by signing a player, another cast off from Man Utd in Darron Gibson. I´m a half arsed watcher of other teams so I´m not expert on his good and bad points but from what I can gather from the forum he´s one paced and not particularly expert on the ball but can toey boss goals from long distance. He´ll be glad not to have an £8.9m transfer price weighing him down then. Will he start? It´s probably as Neville will remain at right back and we´re short of options in the middle, Cahill didn´t really offer much there.

It would be nice if Drenthe started this game, whether its form, attitude, injury or prudence, we must be running out of reasons to not pick him in the starting XI. Donovan will be on the right and will be important if we´ll get anything out of this game, he´s looked lively if unspectacular so far which to be expected I suppose as he eases into the English league again. Plus he´ll have noticed that were missing a few of the ace players he was used to from last time.

At the back we´re running low on centre backs, with both Jagielka and Distin missing. Step forward Derry lad Shane Duffy. We´ve been hearing good things about him for a number of years and he´s been out on loan this season so will have surely gained from that. We´ll find out what he´s made up in the next few games until we inevitably give Anthony Gardner the call. Heitinga is going to need to take the lead and play as good as he has for us, as mentioned before Villa will target us with their pace. Tim Howard gives worse odds on long shots than Paddy Power. If the current run of form continues we´re gonna be twitching like an Iranian Scientist so we need to grind a result or two out. This game reunites long lost friends with Mark Clattenburg taking charge of a game of ours for the first time in four years. He´ll realise were not the forgetting types when it comes to our derby let downs.

Are you expecting much from this? Me neither. It would be nice to be pleasant surprised by Everton and stave that apathy from the door. Only L4´s finest can make your Saturday nights that bit better.