Obviously one of the last things youâ€™ll want on Boxing Day is a trek up to the North East, served so badly by some of the dullest motorways/A roads on this fair isle. Not to mention the coldest rain known to mankind.

But what you want and what you get are two different things, as youâ€™re sat here trying to get to grips with your new iPhone, tablet or laptop that Santa brought. Just as plenty of you will be using those aforementioned modern pieces of technology to stream the match off some moody foreign TV channel and fuming like a hysterical seven year old at â€œPlease wait: Buffering 3%â€ when weÂ´ve got a corner.

We needed that against Swansea who played their part by being charitably rubbish. It was an improved performance but one of the most frustrating parts of this season has been our inability to get good runs going where we collect a load of points.

A couple of weeks ago youâ€™d be looking at this and fancying it. For the most part of his time there, Steve Bruceâ€™s Sunderland had a soft underbelly and we were usually good for four points off them each season. That may have changed as theyâ€™re now Martin Oâ€™Neillâ€™s kickerballers. Martin will now go about his tried and test formula of getting a big lad up front supported by a smaller lid, two fast wingers and six grocks behind them. Soccer Science.

Not that Sunderland will be arsed one jot after some of the dirge theyâ€™ve been served up. Similar to George Graham managing Spurs, it was never going to be a perfect marriage because of perceived affiliations in their hearts. Not forgetting of course the crap football they played. They will be buoyed by a dramatic last gasp winner against QPR which leaves them three points behind us in that big, vast swirling sea of averageness from seventh place down in the Premiership. 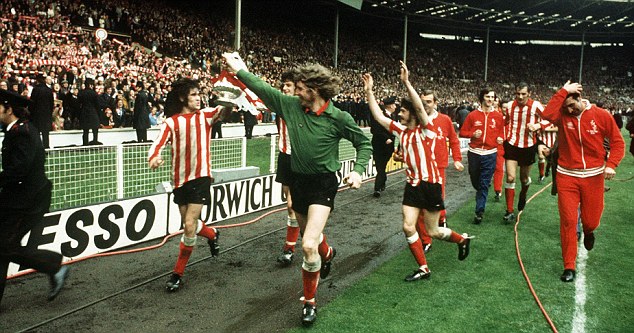 Itâ€™s weird with Sunderland as theyâ€™ve had good stability for a number of years with the only rich Irishmen left on the planet pumping money into the club, fronted ably by Niall Quinn with an adamâ€™s apple so large it creates itâ€™s own gravitational pull. Steve Bruce wasnÂ´t actually sacked, he just managed to break out of it and OÂ´Neill was sucked in like some tragically doomed dying planet.

They spent pre season signing loads of new players, creating the worldâ€™s most average expensive team. Maybe thatâ€™s a little harsh on the victims across the park actually. Losing Darren Bent was the tipping point and it probably didnâ€™t help when the dangerous Gyan got wind of being coveted by supposed bigger clubs and put a sulk on until he trailblazed his dream loan move to Al Ain in the United Arab Emirates. Big money signing Connor Wickham and Frazier Campbell are out injured and Nicolas Bendtner really isnâ€™t all that, despite his wacky press statements and being eggs deep in a Danish princess.

Aside to them trumping us in signing average Man United fringe players they do have some decent players on their day. Sessegnon is one, he was linked with us and can play a bit. Fast, skilful and direct heâ€™ll need to be kept in check. Seb Larsson is nothing to write home about but is capable of a goal or two from midfield. Iâ€™d make reference to David Vaughanâ€™s talents but would prefer to bring your attention to his uncanny resemblance to a Vampire Bat.

Sunderland always get a good press in these previews and are largely spared the tedious poor stereotyping afforded to others. Granted, it is the Wirral of the North East and a night out there can resemble waking up in an eighties nightmare. The good folk of the place more than make up for it. When it comes to their football theyâ€™re pleasant to have a chat too and lack the delusions of their near city neighbours over the Tyne. Did I say Brian Clough scored loads of goals for them once? Well he did. Anyway, onto the Walton Partisani.

One thing that stood out at the Swansea game was some glimpses of Leon Osman perhaps returning to form in a position behind the striker, or as weâ€™ve known it for quite some time: the Cahill role. It was a fresh of breath air to see him knitting some nice attacking moves together. Of course it could simply be because Swansea were absolute sh*te so it made him stand out against average opposition. Time will tell. The Park End were disgusted with Saha – furious even – who was in displaying all the stomach for a battle as, well, a Frenchman. If the FAâ€™s lawyers are watching, the French are a nationality not a race, and Iâ€™ve got a good mate who prints cheap t shirts. The alternatives up front arenâ€™t all that, Stracquilarsi seems to have an invisible force field that repels the ball away at great speed when itâ€™s played to his feet. The only other thing I can think of is Vellios but are him and Osman going to get us the goals we need in a top flight game right now? Iâ€™m not so sure.

With all due respect to Neville, he doesnâ€™t do a lot wrong in midfield but he doesnâ€™t really do a great deal that would prevent me from craving someone else in there. Fellaini had a really good game against Swansea which was overlooked a bit. If he turns up in games like these heâ€™s very capable of being the difference. Drenthe does something not many of our current players do, excite the fans and terrify their defenders. I want to see so much more of him, the crazy little belter. Coleman will probably be injured so itâ€™s likely Gueye will start. Despite running like heâ€™s underwater heâ€™s showed some good glimpses of intelligent play in the two games heâ€™s just played so deserves a go on the left.

Iâ€™ll say it again, Heitinga is hitting some form. If Baines can do too then things would be a bit brighter. A clean sheet mid week was most welcome, more please.

Boxing Day football has been a bit hit and miss with us over the years but the alternative viewing is probably a Vicar of Dibley rerun or Jason & The Argonauts. Crap motorways or streaming it is then. Happy holidays.