There´s a Japanese proverb which says that money grows on the tree of persistence, which is obviously a load of tosh or we´d long be back to being the Mersey Millionaires.

Maybe that was the money tree in Bellefield? In which case it was chopped down long ago with a perfect Stephen Hughes handmark cast in itÂ´s bark.

First time weÂ´ve put together two successive wins this season and also the first time that weÂ´ve had the luxury of a two goal cushion in the league, which must have been nice for the players as well as obviously having the extra man. Although that might have been debatable with the likes of Saha and a few of his colleagues ambling around the place.

Still thereÂ´ll be few grumbles with the output of the two games as six points have placed us in ninth. WeÂ´re not all that but thankfully were swimming in an Olympic sized swimming pool of really not all that at all. 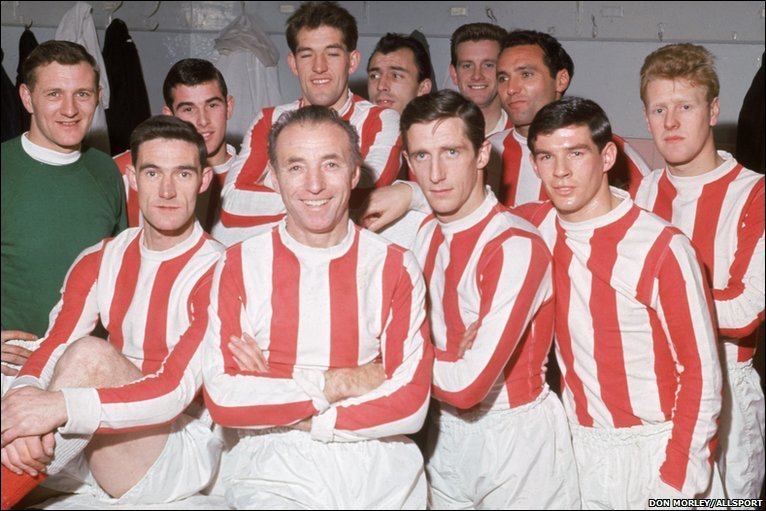 This is a kinder sequence of games during the season so one that was important to get a good start to, after the dirge that preceded it. So credit where itÂ´s due Everton have remembered to win again which will soothe your weekend pain and allow the players to enthuse about how great it is on twitter. You see, a multi thousand win bonus can be as euphoric as that bottle of Czech lager you have in your right hand right now. Probably.

At half time against Bolton there were a few of us who had the jitters as this is an Everton side not re-known for taking advantage of the extra player. We found control in the second half however and coasted to a welcome easy win much to the annoyance of the hairy handed locals.

Stoke are next in town – all that jazz – and are made of sterner stuff. If this was a month ago then we really wouldnÂ´t be looking forward to the might of the Potteries Galacticos, starring Peter Crouch up front. No really. Stoke started the season well with some good results against teams up there and started getting results in Europe too. Then it all went a bit tits up with some horrendous results including four and five goal reverses away from home at Sunderland and Bolton respectively. Weird as theyÂ´d always been a team hard to beat. They easily put away Blackburn on Saturday ending a run of four straight defeats in the league.

These previews have always been kind to Stoke as they knew that they were and focused on it. In the process youÂ´d find various Premiership managers and pundits with snide words for them based on them bloodying the nose of the mighty from time to time. If you concede goals from set pieces from them then you perhaps want to concentrate on what youÂ´re doing in training as you know what theyÂ´re about. Now theyÂ´ve spunked some money they have some decent players who can win a game or two, which gives a different threat but perhaps at the expense somewhat of their grocks bullying your centre halves and midfielders for 90 minutes.

Anyone who has been there will testify to certain nuances about the place in that the locals are sound but a bit psycho wool when juiced on hops. IÂ´ve had a good night or two out there with no problems at all, apart from the arm wrestling local females it was fine. There is a whiff of Burberry from time to time in their travelling hordes which is badly bellendish however. Danny Dwyer is set for life doing after dinner speeches there, the gnat faced tit.

For those in the Bullens or the Park End youÂ´re about to get the full Soccer AM treatment. Like the 11.58 zany service from jarg Wolves has crashed straight into the lower Bullens. TheyÂ´ll Delilah, theyÂ´ll do calm down scouse hand motions, theyÂ´ll try to mock and be menacing and theyÂ´ll celebrate a throw in like a penalty.

Despite all that, I do genuinely like the loons. They are mostly devoid of precious footballers rolling all over the show and are a genuine traditional team that belong to their area. On the footballer front they have the likes of Kenwyne Jones, the big Caribbean lump of grock, up front who was their upgrade for Fuller. Crouch is their star man but often underlooked is Jon Walters, who happens to be a blue from the one eyed town over the water. He is more than effective on his day and reminds me of Marcus Bent in his play and that he was never one to receive too much praise from media, but valued by the fans.

Pennant and Etherington provide the width, the latter having the gaunt sunken eyes of a smackhead bothering you for their train fare home in town. The midfield and defence is packed full of competitive players who usually donÂ´t give much away.

The recent points have come against a backdrop of some injuries which makes a bit more impressive. Up front has been the continual problem this season as we thought it might be. Saha or Cahill havenÂ´t fired at all and got the goals we desperately need to make moments of decent pressure count. The big lad from Thessaloniki has done well though, his three goals being very welcome. We shouldnÂ´t be too put off by his previous start being a bit ineffective as itÂ´s obvious heÂ´s got goals in him and lets be honest; were in desperate need of them. His nod to Duncan in his post game comments was boss. Saha, for his ills, is no target man and generally plays better in the space behind a target man. Why not him and Vellios?

Fellaini was better against Bolton getting a stranglehold on the middle of the park without being too flashy. What he does, he does very well at times and it was nice to have him back. Osman is very average at the moment and IÂ´m looking forward to Rodwell returning but in the interim there may be more than three minutes game time for Barkley I hope.

Bilyaletdinov was better, nothing special but more effective. WeÂ´ve struggled to get back to back performances out of him and with time running out next week may be his last chance to deliver. Even more so if Drenthe is fit and eager to replace. Coleman will run all day and has been improving game by game. ItÂ´s not likely his final ball/shot is gonna be any great shakes but heÂ´s very useful to have for his energy pace and width.

Finally a clean sheet with Jagielka and Heitinga not doing anything to cause worry although those big lads of Stoke may have Moyes pondering the Distin option. Baines looked more like himself and weÂ´ll need him if were to prolong this period of results.

Before the game there will be a minuteÂ´s applause for ex player Gary Speed. ThereÂ´s been a million words and tributes paid on the internet so thereÂ´s nothing I can add, apart from RIP Gary and thanks for the boss goals.

Three wins on the bounce? I reckon weÂ´ll have to play better than we have in the previous two games to grab the points. It wonÂ´t come easy but it would be a good as springboard any for a season thatÂ´s frustratingly failed to kickstart again. Waiting for Everton to get into their groove requires most of us to have the optimism of teenage weekend clubber and the patience of a samurai.

But then what do the Japanese know?