You should never underestimate the power of Everton to continually underwhelm you. Just one game into our season and theyÂ´ve sucked pretty much all enthusiasm out of a large chunk of us.

The thing about the QPR game, well really no thing, just all of it. The lack of drive, being content to surrender possession and showing all the attacking intent of a French soldier. You werenÂ´t surprised though were you? ItÂ´s August after all. Oh and Cahill and Fellaini up front ffs.

We can try again this Wednesday against Sheffield United, now playing in the third tier of English football and fresh on the back of a one all draw at Tranmere on the weekend.

Managed nowadays by none other than Danny Wilson who peculiarly seems to have lost his eyebrows on his journey managing crap clubs. In goal they have old boy Steve Simonsen, when I say old boy I actually mean him who stinks of a Peter Johnson bung to his birdÂ´s club. The big lump of grock Richard Creswell is up front and apart from that they have no one of note, but I did say that against QPR too like. 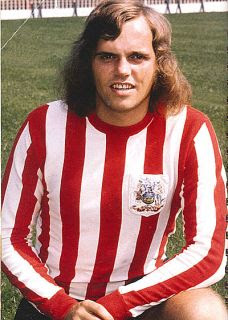 ItÂ´s a team we tend to do well against, usually rinsing them at Goodison Park. ItÂ´s more importantly a competition we have never won. We could really do without the usual exit to a lower league club on penalties this time out and you know, try to win a cup that qualifies us for Europe. Birmingham managed it last time out. 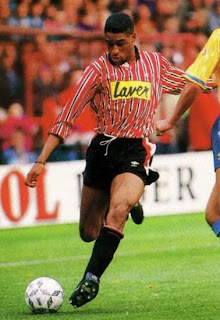 The Osman-Heitinga axis of turd didnÂ´t work on Saturday so I hope we change things about in midfield a bit. With this game being against lower league opposition and sandwiched between two Premiership games itÂ´s likely there may some of that squad rotation thing. If we canÂ´t manage to play two up front in a game like this then itÂ´s a worry, even more so when you consider that Beckford up front on his own really doesnÂ´t work. We can point to him having the close control of a cow but it was no coincidence that he looked most comfortable in his time here with Saha sat behind him. When youÂ´re trying to open up teams who are content to sit back then Tim Cahill really isnÂ´t your man.

That Barkley is a player isnÂ´t he? Doing all that shooting and stuff. Hoping he plays from the start again. We really miss ColemanÂ´s head down and mad runs on the side of midfield and thatÂ´s twice that Rodwell have played there and being sh*te both times. Swerve it. This is where IÂ´m meant to offer an alternative and all I can picture is Anichebe thumping the turf and gulping air like a freshly caught fish. Anyway, weÂ´ll see wonÂ´t we.

We can ill afford another stroll around the pitch and nor can we approach this like a training game as weÂ´ve been guilty of in the past. Sheffield United will be fired up and will be wanting to be first into the tackles, we canÂ´t wake up in the second half and try going for it. From the first whistle would be nice.